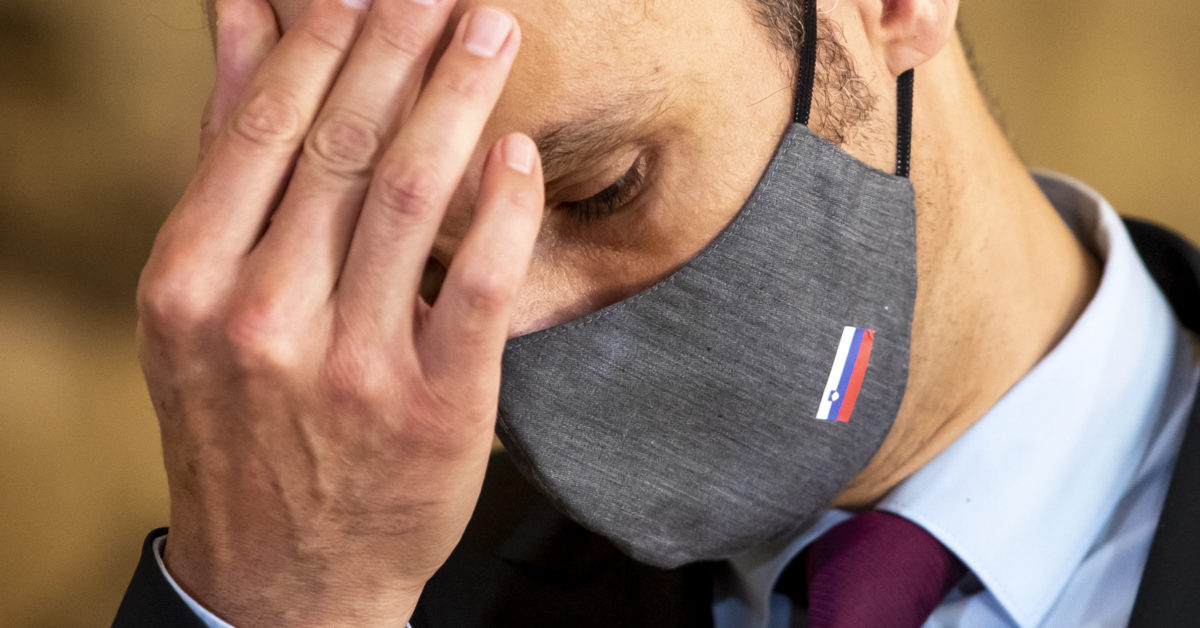 Sloveniaâ€™s foreign minister, AnÅ¾e Logar, put the message more diplomatically than that on a recent visit to Brussels. But he was clearly out to reassure EU officials before right-wing populist Prime Minister Janez JanÅ¡aâ€™s government takes the presidency of the Council of the EU later this year.

JanÅ¡a is a close ally of Hungarian Prime Minister Viktor OrbÃ¡n, a frequent thorn in the side of the EUâ€™s political mainstream, and a strong supporter of his anti-migrant rhetoric and policies. JanÅ¡a is also a big fan of Donald Trump. He promoted conspiracy theories about the U.S. elections andÂ declaredÂ on Twitter that Joe Biden would be â€œone of the weakest presidents in history.â€

All of this and more has many EU diplomats feeling nervous aboutÂ Sloveniaâ€™s six-month stint running the Council presidency, beginning on July 1. â€œItâ€™s not just me or others who are worried, [itâ€™s] also manyÂ Slovenian officials,â€ one EU diplomat said.

But asked about the close ties with Hungary, Logar sought to offer reassurance that his country would be a neutral arbiter as Council president, rather than a booster for Budapestâ€™s agenda.

â€œAs a presidency country, you should be, in a way, an honest broker that is dealing with all issues that are on the agenda of the European Union,â€ Logar told POLITICO last week in the offices of theÂ Slovenian diplomatic mission to the EU.

Logar painted a picture of continuity, saying his government has been working closely with the current Council president, Portugal, its immediate predecessor, Germany, and with France, which will succeedÂ SloveniaÂ next January. He also outlined priorities for Sloveniaâ€™s presidency including increased coordination on health policy, better crisis management including in the cyber domain and getting EU recovery funding to pandemic-rattled member states.

Slovenia â€” a country of 2 million that joined the EU in 2004, 13 years after gaining independence amid the break-up of Yugoslavia â€”Â has a close interest in enlargement policy, given several of its neighbors want to join the bloc. Logar saidÂ SloveniaÂ would use its presidency â€œto organize [an] EU-Western Balkan summit in order to discuss many issues that are open in this part of the world.â€

Some pro-enlargement diplomats hope Slovenia may be able to unblock the start of membership talks for North Macedonia and Albania, held up mainly by Bulgarian complaints about North Macedoniaâ€™s language and interpretations of history.

Logar said his country also wanted to prioritize rule of law during its presidency â€” a move likely to attract considerable scrutiny, given JanÅ¡aâ€™s closeness to OrbÃ¡n, whose government has been accused by EU institutions of democratic backsliding.

Both Hungary and Poland are currently the subject of so-called Article 7 proceedings, triggered when an EU member is considered to be putting the blocâ€™s core values at risk. Such proceedings can lead to censure and even to the suspension of a memberâ€™s voting rights. But the cases against Hungary and Poland â€” which deny the accusations â€” have gone nowhere for years, with each able to shield the other from sanctions and many other governments reluctant to take drastic action against a fellow member.

Logar said he was â€œinformedâ€ by prior Council presidents that the Article 7 procedure â€œis more or less a dead-end, in a way, so one should rethink how to proceed with the issue.â€Â

He described Article 7 as unworkable but, by contrast, praised a system set up last year under which EU member countries conduct peer reviews of othersâ€™ rule-of-law records.

Logar called the system a â€œgood instrument in order to offset all those â€¦ emotions that are connected with the question of rule of law.â€Â

The peer reviews are not formally linked to any sanctioning mechanism, raising concerns that they wonâ€™t safeguard democratic norms.Â But Logar said he would prefer to â€œinvest a lot of energy in this new peer review instrument,â€ arguing it provides a â€œbroader perspective,â€ while â€œthe member state has a possibility to explain their view.â€