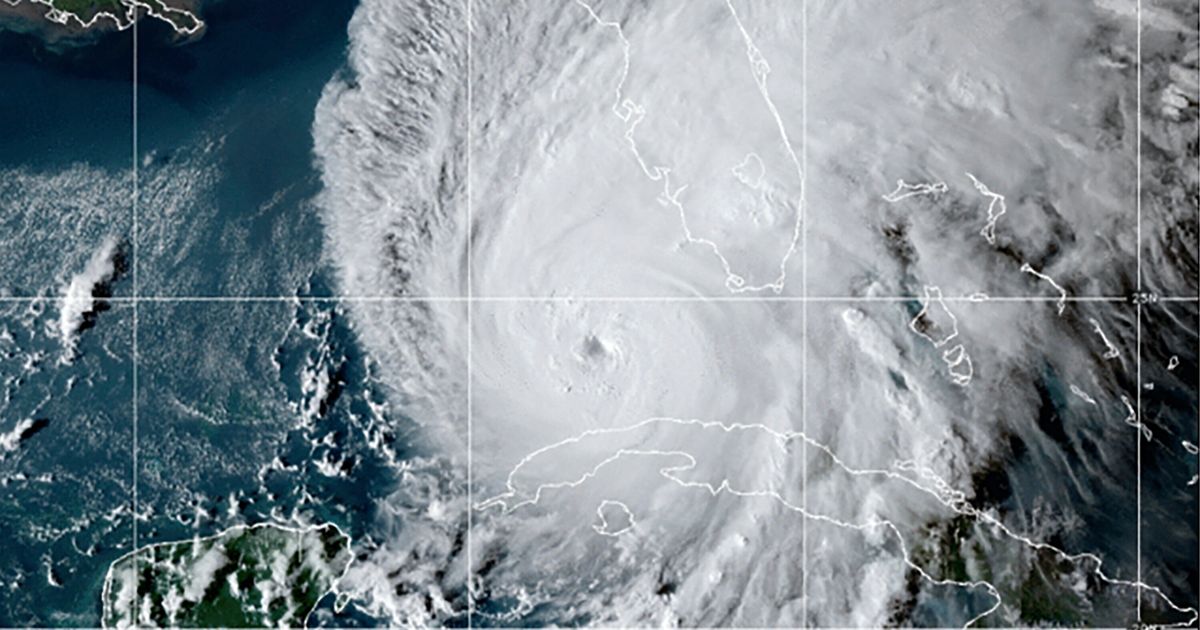 Climate change is driving up ocean temperatures around the globe. Warmer water breeds more intense tropical cyclones. And right now, the waters of the Gulf of Mexico and the Caribbean Sea are like a bathtub.

While climate scientists are careful not to attribute any single hurricane to climate change, Ian is shaping up to be everything that experts have warned is becoming increasingly common in a warming world.

“We know a lot about how these storms work, about what fuels them,” said Mathew Barlow, a professor of environmental earth and atmospheric sciences at the University of Massachusetts Lowell. “Ian is operating in a warmer ocean and warmer atmosphere than we’ve had before. Physically, there are very straightforward things that you can unfortunately expect from that.”

In just a few days, Ian grew from a tropical storm to a major hurricane — a phenomenon known as “rapid intensification.” It slammed into Cuba on Tuesday, leaving a trail of destruction and knocking out power across the island nation. It then entered the Gulf’s warm waters, where it continued to rapidly gain strength as it took aim at Florida’s Gulf Coast. On Wednesday afternoon, the storm had maximum sustained winds of 155 mph — just 2 mph shy of a Category 5 — and was approaching landfall near Fort Myers.

Ian’s forecast has gone from bad to worse. Along with catastrophic winds, the hurricane is expected to unleash “life-threatening storm surge” of up to 18 feet and torrential rain of 20 or more inches in some areas, according to the National Hurricane Center’s latest update. Meteorologists and hurricane experts have described Ian as a “monster” and a “worst case scenario,” and have pleaded with Florida residents to flee the coast.

“This is a nightmare. We keep waking up to storms that do this near landfall,” Marshall Shepherd, director of the atmospheric sciences program at the University of Georgia and a former president of the American Meteorological Society, wrote in a Twitter post Wednesday morning.

Ian is a monster

Borderline Category 5 with a wide eye will deliver a storm surge 18 feet (5 1/2 meters) above where you stand. Winds are sustained at 155 gusting to 200 miles per hour

From Sanibel to Sarasota, I pray that you took evacuation orders seriously#HurricaneIan pic.twitter.com/RxAUxxTnGd

Research also shows there’s been a marked slowdown in hurricanes’ speed over both water and land, leading to increased risk of torrential rain, flooding and storm surge. Hotter sea surface temperatures have also allowed for hurricanes to maintain their strength for longer periods after making landfall.

Hurricane Ian is moving at a sluggish 9 mph. And there’s a risk that the storm could stall over Florida, in much the same way that hurricanes like Harvey, Dorian and Florence did. That would mean prolonged hurricane-force winds, storm surge and inland flooding across a vast area of the Florida peninsula.

I can’t overstate how serious the storm surge threat is in southwest Florida. #Ian will drive deadly surge into Cape Coral and Fort Myers, placing much of the area under water. If you live near the ocean in a surge zone, this is your last chance to leave… pic.twitter.com/FefKkoltd3

Ian comes as Puerto Rico is recovering from Hurricane Fiona last week, which knocked power across the entire U.S. territory. On the other side of the globe, the Philippines and Vietnam are reeling from super Typhoon Noru. Prior to making landfall in the Philippines on Sunday, Noru exploded from a Category 1-equivalent cyclone to a Category 5 in just six hours.

Barlow at UMass Lowell said that while hurricane activity across the globe in recent weeks “feels apocalyptic,” there are policy changes within our reach to confront the climate threat and minimize future extreme weather events and other impacts. He pointed to the newly passed Inflation Reduction Act, which includes nearly $370 billion in climate and clean energy spending — the most significant climate investment in U.S. history.

“I worry that people look at events like this and all they get is a sense of doom, that the game is up and there’s nothing you can do about it,” he said. “We’re making decisions about them in the next few years that impact very directly how many of these we’re likely to see in the future.”