Slowdowns in the U.S. and China will hold back global growth, a report says. 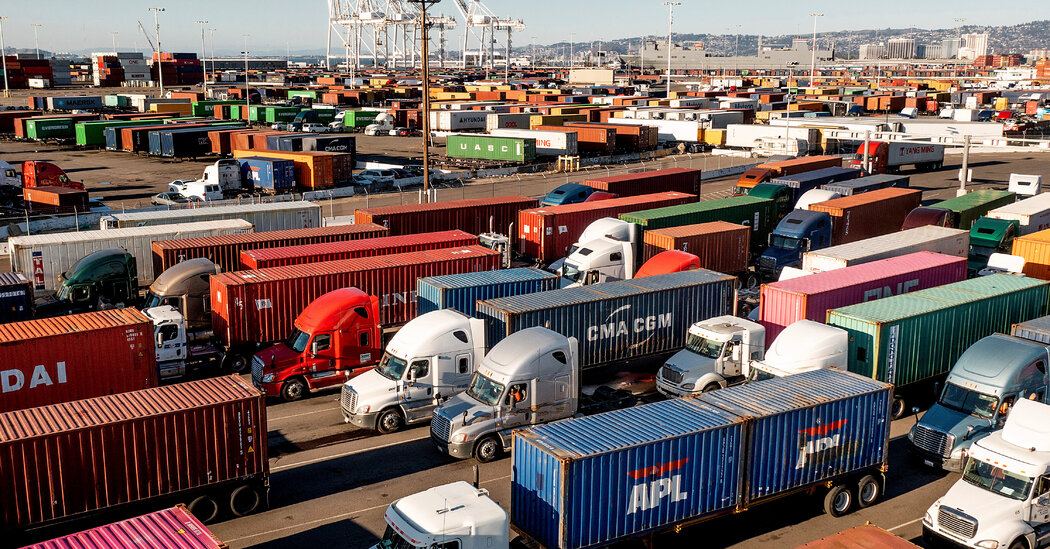 The pandemic has changed the way people in many parts of the world spend their money, shifting funds that might have been used for dining, travel and entertainment to goods they can play with, sit on or consume at home. That increased demand, combined with persistent difficulties in moving goods from one city or continent to another, skyrocketing energy prices and labor shortages, has driven up costs.

Some of those pressures are expected to wane toward the end of the year â€” but not everywhere. â€œIn the United States the story is different,â€ the fund noted. The exit of so many people from their jobs has created more persistent labor shortages and driven up wages much more than in other countries. Americansâ€™ high level of spending has also created some of the worst supply chain disruptions.

The U.S. Federal Reserve has made clear that its primary focus has shifted from stimulating the economy during the pandemic to fighting inflation. The bank, which is set to release its next policy statement on Wednesday, is raising interest rates and reeling in its purchases of bonds that ensured money would continue to flow through the economy. Other central banks, including those in Mexico and Brazil, are taking similar actions.

The strategy is to discourage people from borrowing money to buy a car or invest in a business and ratchet back demand for products that are in short supply. Creeping interest rates, though, risk not only slowing economic growth but burdening poorer nations with even bigger debts far into the future.

â€œIf interest rates rise more sharply, that then puts extra strain on vulnerable developing countries which have most of their debt in dollars,â€ said Creon Butler, research director at Chatham House, a London research organization. That means governments must use scarce resources to repay bulging loans instead of adding hospital beds or feeding hungry children.

What is inflation? Inflation is a loss of purchasing power over time, meaning your dollar will not go as far tomorrow as it did today. It is typically expressed as the annual change in prices for everyday goods and services such as food, furniture, apparel, transportation and toys.

What causes inflation? It can be the result of rising consumer demand. But inflation can also rise and fall based on developments that have little to do with economic conditions, such as limited oil productionÂ and supply chain problems.

Is inflation bad? It depends on the circumstances. Fast price increases spell trouble, but moderate price gainsÂ can lead to higher wagesÂ and job growth.

The slowdown in China, which is both a major supplier and buyer of goods traded with other countries, is also setting off reverberations around the world. The once exuberant real estate market has plunged. The government has imposed the worldâ€™s most stringent restrictions and lockdowns to contain Covid, and unexpected power outages have further hindered industrial production.

Growth in the euro area was revised down 0.4 percentage points to 3.9 percent, but for some countries, the drop was much steeper. Clogs in the supply chain, especially those affecting the auto industry, prompted the I.M.F. to estimate that growth in Germany â€” the largest economy in Europe â€” would decline by 0.8 percentage points, twice as much as the average of all countries that use the euro.