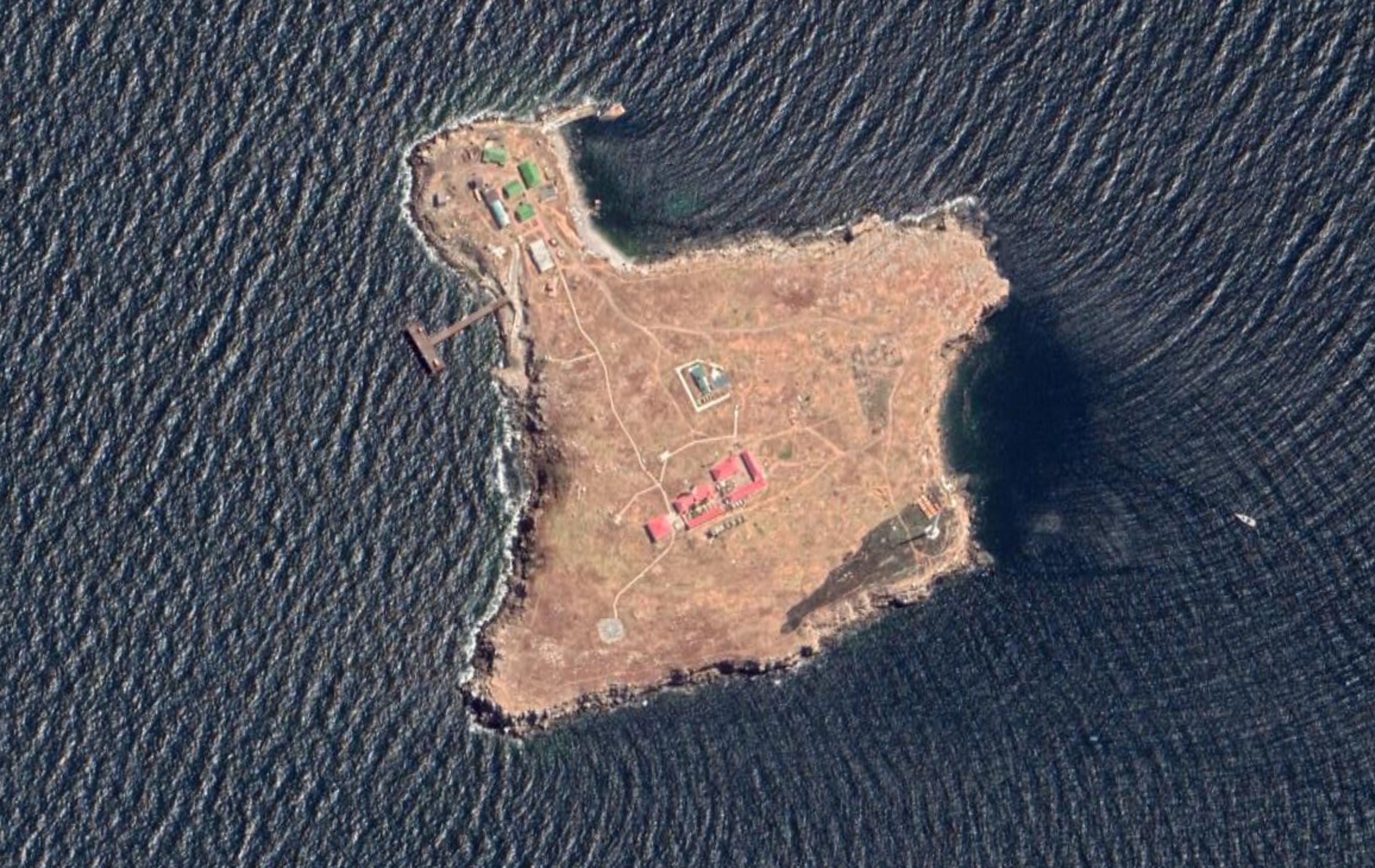 Ukrainians trying to retake Snake Island claimed a small but strategic gain over Russian troops, saying they had damaged a Russian navy logistics ship stationed near the island.

“Thanks to the actions of our naval seamen, the support vessel ‘Vsevolod Bobrov’ caught fire – it is one of the newest in the Russian fleet,” the Odesa regional military administration’s spokesperson, Serhiy Bratchuk, said of the attack, as quoted by Reuters.

Fighting has recently restarted around Snake Island, also known as Zmiinyi Island, a small, rocky piece of land some 21 miles off the coast of Ukraine near the Romanian border. The island has now become the site of a fierce battle between Ukraine and Russia over control of the Black Sea.

Snake Island was attacked and captured by Russian troops on the very first day of the Russian invasion, on February 24, in an episode that already has legendary status in Ukraine.

Ukrainian troops on the island were asked to surrender by Russian soldiers on the cruiser Moskva – Russia’s Black Sea flagship, which has since been destroyed – but instead of giving up, they replied: “Russian warship, go f*** yourself.” A clip of the impressive act of defiance by Ukrainian troops went viral online.

On Tuesday, Russia’s defense ministry said it had repelled Ukrainian attempts at retaking the island, causing great losses among the Ukrainian forces in terms of men, vessels and aircraft. According to Konashenkov, Ukraine lost 30 combat drones and 50 men in the counter-attack, with 24 bodies remaining on the island.

The claims couldn’t be independently verified, and Newsweek has reached out to the Ukrainian armed forces for comment.

Reports that fighting continues on the island and that Ukraine has successfully hit the Russian navy support vessel came only hours after Russia’s defense ministry said that the Ukrainian counter-offensive on Snake Island failed.

The British Ministry of Defence confirmed in its latest intelligence update on Friday that Ukrainian forces had successfully struck Russian air defenses and resupply vessels with Bayraktar drones, forcing Russia to seek the reinforcement of its troops on the island.

Russian troops aren’t in the same position of strength on the island that they had gained at the beginning of the war.

The loss of the Moskva, which sank on April 14 in what Ukrainian forces described as a successful counter-attack and Russian authorities said was a fire aboard the ship, means that Russian vessels around Snake Island now “have minimum protection,” according to British intelligence.

The Moskva granted air defense to Russian vessels in the Black Sea, and now its absence is leaving them exposed to Ukrainian drones and air attacks.

Britain’s Ministry of Defense warned that Russia could manage to hold on to the island, and that it looks determined to do so. If Russia reinstated full control of the island with strategic air defense and coastal defense cruise missiles, said British intelligence, “they could dominate the north-western Black Sea.”

What’s certain now, is that the battle for Snake Island isn’t yet over, and that fighting is set to continue.

In its latest update on the situation in Ukraine, the Institute for the Study of War wrote that Russia is strengthening its position on the island to “block Ukrainian maritime communications and capabilities in the northwestern Black Sea on the approaches to Odesa,” as reported by the Ukrainian ministry of defense.