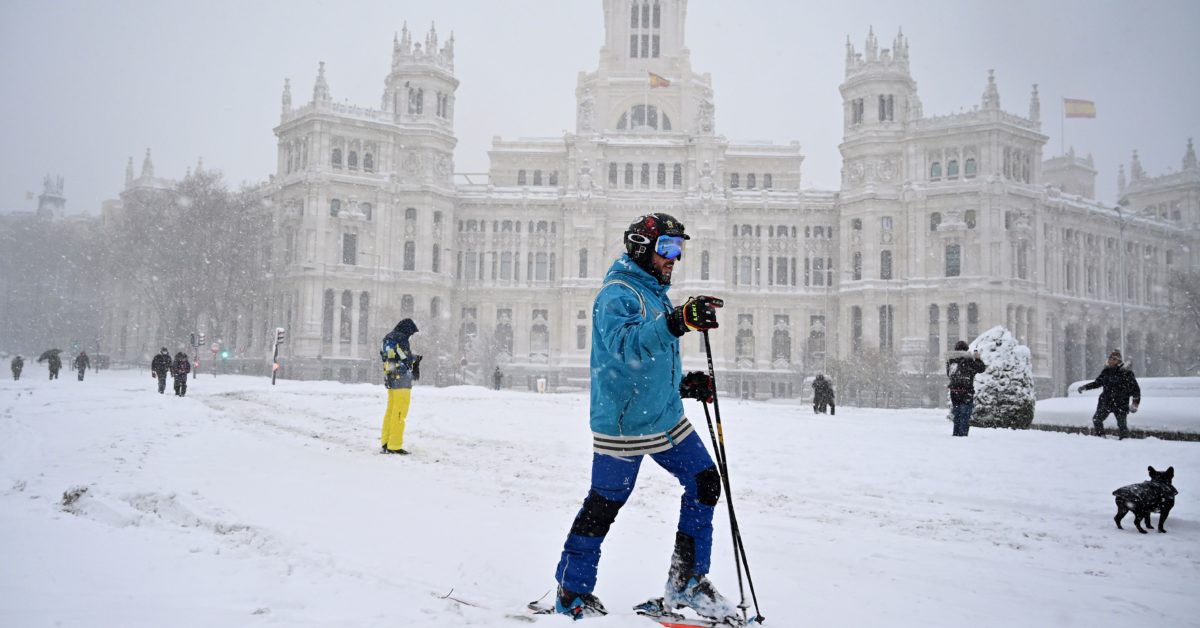 Filomena, the worst snowstorm to hit Spain in 20 years, has forced the closure of Madrid’s international airport and left thousands of commuters stranded throughout the country.

For the first time since its creation in 2007, the national severe weather advisory system has placed the capital and nine provinces under red alert and an additional 27 provinces on elevated alert due to the heavy snowfall and low temperatures.

After difficulty clearing flights â€” including one carrying the Real Madrid football team, which spent several hours stuck on the tarmac â€” on Friday evening, the public entity that manages Spain’s airports announced that Madrid’s airport would be closed throughout the day.

Renfe, the state-owned railway company, has also suspended all train services within the capital region as well as all medium and long-distance trains that have Madrid as their point of departure or final destination.

Meanwhile, the Spanish army’s elite Military Emergencies Unit has spent the early morning hours attempting to rescue the thousands of drivers that have been trapped on the snowpacked roads overnight. There are over 1,300 lorry drivers stranded in the province of Guadalajara, El PaÃ­s reported.

Although Madrid Mayor JosÃ© Luis MartÃ­nez-Almeida suspended public transport services and urged citizens to stay home, hundreds of MadrileÃ±os have turned out to participate in mass snowball fights in the city center and take in the sight of skiers in some of the city’s most iconic parks.