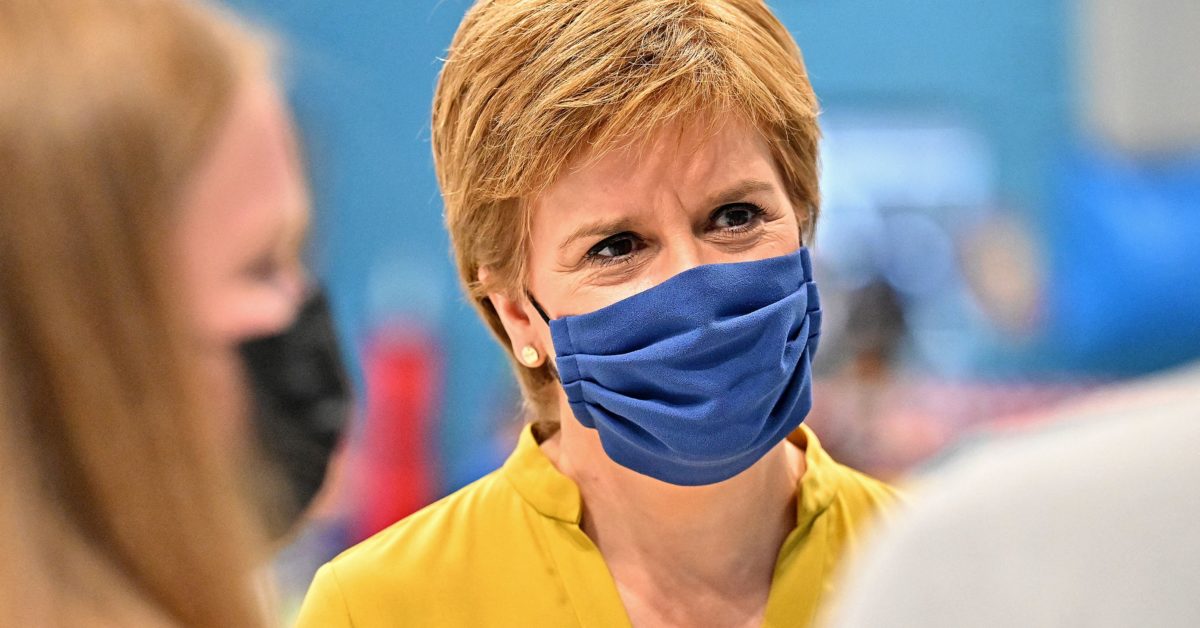 EDINBURGH â€” The Scottish National Party has agreed a landmark power-sharing deal with the left-wing Scottish Green Party, giving fresh impetus to the campaign for an independent Scotland.

The deal, set to be announced Friday afternoon, will give the Scottish government the majority it needs to pass legislation for a second referendum on becoming independent from the United Kingdom.

It also paves the way for the Green party to enter government for the first time in the U.K. as Scotland gears up to host the COP26 climate conference in Glasgow within a hundred days.

The arrangement is described by insiders as a â€œco-operation agreementâ€ rather than a full coalition.

It follows a summer of tough negotiations between Nicola Sturgeonâ€™s SNP and the Green party, which achieved its best-ever election result in the countryâ€™s May election. After the SNP narrowly fell short of an outright victory, the Greensâ€™ support will be enough to shore up a small governing majority.Â

With both the SNP and the Greens in favor of Scottish independence, the arrangement should allow the government to move forward with legislation on another independence vote, following the previous referendum in 2014.

If the U.K. government withholds consent for a second public ballot â€” as it has indicated it will â€” the referendum bill is likely to end up in the courts.Â

The two parties already worked together on an informal basis over the last five years, with the SNP in power as a minority government but passing key legislation with the support of the Scottish Greens.Â

However, if ratified by party members, the formal deal will see Green lawmakers become ministers in Scotland for the first time.

The agreement is said to be modeled on the governing arrangements in New Zealand between Jacinda Ardernâ€™s Labour and the Greens, which sees the latter given government posts but remaining free to oppose policies outside of their ministerial remits.Â

Scottish Green members are set to be presented with the text of the deal on Friday and will vote on whether to accept it at a special party summit on August 28.Â

The deal was reached as the COP26 climate conference looms. While the Scottish government has no official role in the conference, Sturgeon is likely to be a visible presence given that the summit takes place in Scotlandâ€™s largest city.

Speaking in advance of the deal’s announcement, pro-union opposition parties attacked the incoming junior member of the Scottish government.Â

The Scottish Conservatives, who hold a number of seats in Scotlandâ€™s oil and gas industry-dominated North East, said the Scottish Greens’ left-wing environmental policies are â€œdire news for workers and businesses.â€

Scottish Labour leader Anas Sarwar described the Scottish Greens as a â€œbranch officeâ€ of the SNP.