Sonam Kapoor glams up Instagram with gorgeous photos, reveals why she never fasts on Karwa Chauth 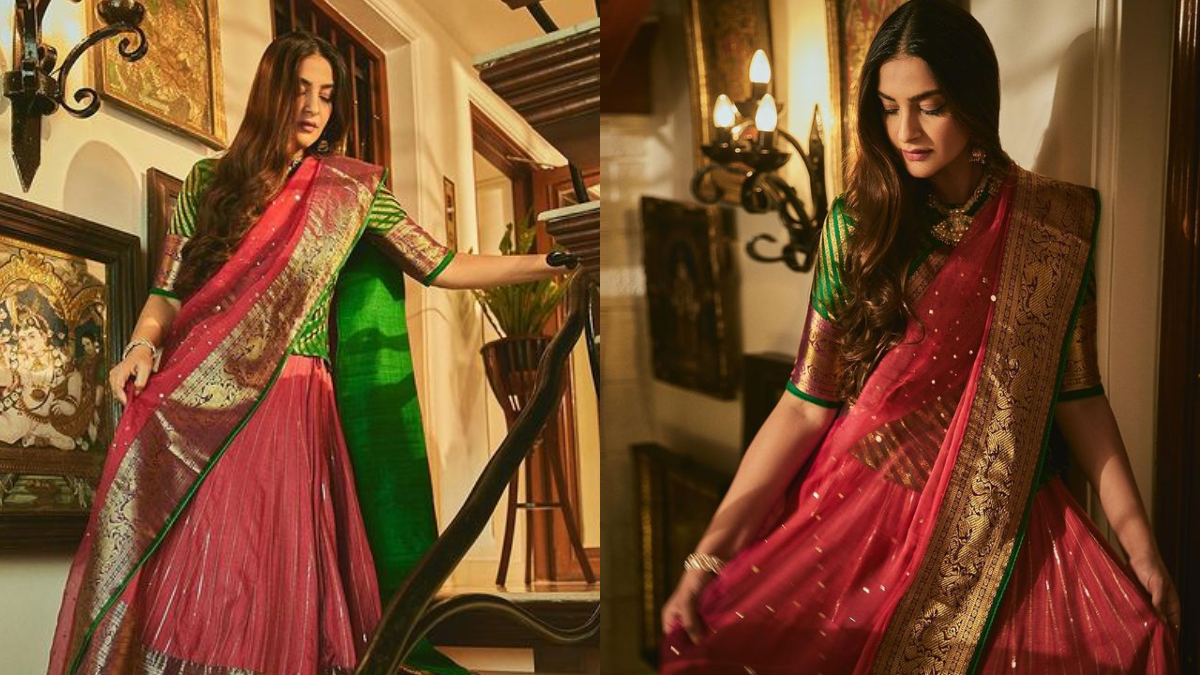 Sonam Kapoor shared a set of gorgeous pictures from her parents Anil and Sunita Kapoor’s Mumbai house. While Shilpa Shetty, Raveena Tandon, Neelam Kothari, Bhavna Panday, and Natasha Dalal, among other celebrities, celebrated Karwa Chauth at Sunita’s place, it was Sonam, who doesn’t fast on Karwa Chauth but loves dressing up and celebrating the auspicious festival with her family. Sharing her pictures from the festivities, the Neeraja actress also revealed the reason why she doesn’t fast.

Sonam treated fans with some stunning pictures in a red-green lehenga set and revealed “My husband isn’t a fan of Karwa Chauth as he thinks fasting should only be intermittent so I’ve never kept it! But both of us are big believers that festivals and traditions are a great reason for family and friends to come together,” she wrote.

For the unversed, Sonam Kapoor’s mom Sunita organised a Karwa puja at her house which marked the presence of several of Bollywood’s A-listers who came together to break their day-long fast. Sonam too attended the event. Talking about this, the actress wrote, “I love that my mom loves celebrating it and I love being a part of it and dressing up. Sunita Kapoor, you always throw the best dos! Your energy and generosity is legendary and I hope to follow the same path! Happy KC everyone.” In the pictures, Sonam was seen wearing a beautiful silk pink lehenga that she paired with green blouse. To compliment her traditional look, she opted for subtle makeup look and minimal jewellery.

Anil Kapoor was all hearts on his post, and the actress’ husband Anand Ahuja commented, “you look great! Intermittent is a powerful anti inflammatory and recovery tool.. and yea, it was so nice to see Mom’s famous KC celebration! So special!! @kapoor.sunita.”

Sunita Kapoor too posted photos from the celebrations. She also shared a lengthy caption about the day explaining why it is important for her. “I’ve always believed that festivals are about belief, faith and tradition. Karwa Chauth isn’t just a day of fasting for your husband’s long life, it’s also a day for women to come together to celebrate each other. So wherever you are, and whatever your belief and faith might be, I hope you have a day filled with love, warmth and celebrations!” she wrote.