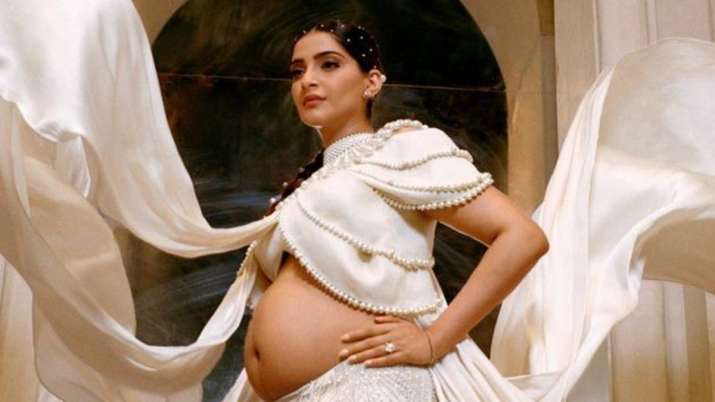 Sonam Kapoor Ahuja and her businessman husband Anand Ahuja became parents to a baby boy on August 20. The couple, who stay in London, flew back to India to be with their families before they expanded their family. Now, as the fans wait for Sonam to share an image of her baby, they will be delighted to know that the actress is surely embracing motherhood in all its glory. Sharing an update on her Instagram stories, Sonam mentioned ‘baby burps’. Fans were happy to know about the latest update from the actress on becoming a mother and how she is taking care of the baby.

Taking to Instagram, Sonam Kapoor wrote, “Only burps that are cute are baby burps.” She accompanied her post with a milk bottle and a baby emoji. Sonam’s followers have been waiting eagerly for a picture of the baby. But they will be happy to learn that all is well and she is facing the challenges of motherhood like she is supposed to be.

In a statement shared on their respective Instagram accounts, celebrity power couple Sonam Kapoor and Anand Ahuja said they look forward to this new journey of parenthood. “On 20.08.2022, we welcomed our beautiful baby boy with bowed heads and hearts. Thank you to all of the doctors, nurses, friends and family who have supported us on this journey. It’s only the beginning but we know our lives are forever changed – Sonam and Anand,” the statement read.

Read: Koffee With Karan 7 Ep 10 on Disney+Hotstar: How & when to watch Katrina, Siddhant, Ishaan on show

Sonam’s father, actor Anil Kapoor, earlier shared that the family is elated to welcome the new member into the family

“We are delighted to announce, on the 20th of August 2022, the arrival of the newest member of our family. Sonam and Anand have been blessed with a healthy baby boy and we couldn’t be more elated. Our hearts are bursting with pride and love for the new parents and their beautiful angel,” he said in a statement signed by wife Sunita Kapoor and Anand’s parents Harish Ahuja and Priya Ahuja.

Sonam, known for her work in films like Neerja, Raanjhanaa and Delhi 6, had announced her pregnancy in March. The 37-year-old actor tied the knot with Anand, 39, in 2018. Her last big screen outing was in the 2019 comedy The Zoya Factor, opposite Dulquer Salmaan.