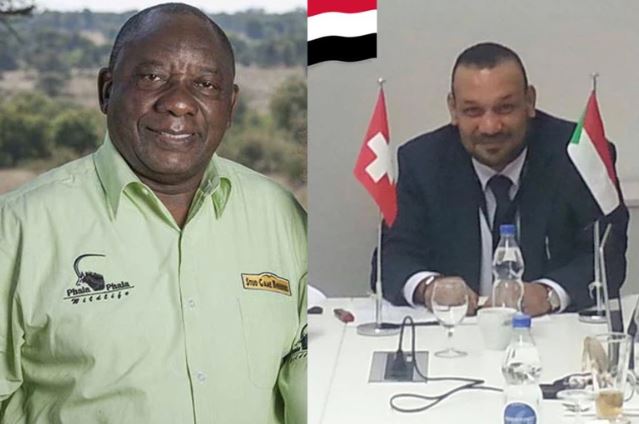 We’ve got all the latest news stories and headlines in South Africa you really need to know on Wednesday, 7 December.

Dubai-based Sudanese business Hazim Mustafa told Sky News he bought President Cyril Ramaphosa’s buffalo through a broker working at the farm and that he had no idea the animals belonged to the President of South Africa.

In other news, the body of a three-year-old boy who was last seen on Sunday morning, 4 December, was retrieved from a pit toilet in Vhembe, Limpopo.

The Bloemfontein SPCA, arguably the busiest branch regarding Pitbull attacks, has come out to clear the air about misconceptions surrounding the surrendering of Pitbulls by owners.

And lastly, watch as a family was targeted in a HORRIFIC hijacking in Umhlanga. Police said two lifeless bodies were found. Here is the video.

Dubai-based Sudanese business Hazim Mustafa told Sky News he bought President Cyril Ramaphosa’s buffalo through a broker working at the farm and that he had no idea the animals belonged to the President of South Africa.

In his affidavit to the Section 89 Panel, Ramaphosa maintained US$580 000 stolen from his game farm in 2020 was the proceeds of the sale and hunting of game.

The thunderstorm warning is valid from 14:00 until 23:59 on Tuesday. The weather service instructed Gauteng residents to stay indoors and away from metal objects.

Parents have been urged to be extremely cautious and practise extra care after the body of a three-year-old was retrieved from a pit toilet in Tshino  Nditwanin village in Limpopo.

The incident happened on Monday, 5 December 2022.

According to information at the disposal of the South African Police Service (SAPS), the three-year-old boy child was last seen by his uncle on Sunday morning between 07:30  and 08:30. His parents then reported the matter to the police.

“Yes we euthanise them” – SPCA on surrendered Pitbulls

he Bloemfontein SPCA, arguably the busiest branch with regards to Pitbull attacks, has come out to clear the air about misconceptions surrounding the surrendering of Pitbulls by owners.

The clarion comes after reports suggesting that a great number of Pitbulls were forcibly taken from their owners and euthanised.

In a statement, the Bloemfontein SPCA decided to put the rumours to rest.

“An unfortunate and sad misconception and false fact story are doing the rounds on social media about the Pit Bulls admitted over the last weeks.
We have been inundated with calls to collect PB dogs, and not once did we forcibly take in any animal.
No Pit Bull during this volatile and emotional period was booked in with us for safekeeping or boarding. The female Pit Bull, named Cloe, was surrendered to Bloemfontein SPCA, as was the case with many others.”

A group of armed hijackers recently targeted a family in their driveway in Umhlanga.

According to Action Society community safety director Ian Cameron, the hijackers were shot to bits by bikers who witnessed the attempt.

He said these lawfully armed citizens are lifesavers.