SEOUL — Kim Hyeongsu performed poorly on his rifle qualification test for the South Korean Army, to the point where he was berated for squandering the government’s bullets. An officer ordered him to do a plank while yelling repeatedly, “I am a tax waster!”

In basic training in 2011, Mr. Kim said, other military trainees squirted hand sanitizer on one another’s faces and genitals. Demoralized, one fled and was recaptured in hours.

Mr. Kim completed his service in 2013. But when he, like practically all South Korean men, was called back to duty as a reservist in 2014, he refused — and joined the growing number of people in the country who are questioning its legacy of mandatory military service.

“I had enlisted because I wasn’t confident I could spend the rest of my life as an ex-convict,” for refusing to serve, said Mr. Kim, 32, a peace activist and conscientious objector. “But it was painful to live in such a violent organizational culture that I had no intention of adapting to.”

South Korea, a country still technically at war with the North, is rethinking the draft. A rite of passage for millions of young men since the Korean War, the country’s military conscription policies are gradually getting chipped away.

Lawmakers are carving out more exemptions. Some conscientious objectors can avoid criminal records. Some leaders want to include women to make up for a shortfall in the ranks, while others want to do away with the draft altogether.

“There’s a growing sense of the price we pay for running the conscription system,” said Kang Inhwa, a research professor of history at Seoul National University.

Conscription has long been seen as a bulwark against threats from North Korea, which, in numbers at least, has a robust military. In addition to its nuclear weapons, the North has 1.88 million troops, with 1.28 million active and 600,000 in the reserves, and it likes to show off their toughness. A military buildup in China has added to pressure on Seoul to strengthen its military.

South Korea is one of the few industrialized countries that still drafts its young people. Less than a third of the world’s countries actively draft their people into the military, according to a Pew Research analysis from 2019. Taiwan phased out mandatory conscription in 2018. In the United States, the military draft is authorized but not currently implemented.

South Korea has stepped up its pace as other places step back, because its rapidly declining birthrate has led to a deficit of conscripts. Its military is one of the largest in the world with about 3.3 million troops, with 555,000 active and 2.75 million in the reserves. To cope, it has expanded the proportion of young men it conscripts, from about 50 percent in the 1980s to more than 90 percent today, by loosening eligibility requirements.

As conscriptions have risen, however, public attitudes have cooled. In a survey conducted in May by Gallup Korea, 42 percent of South Korean adults said they supported maintaining the current conscription system — a 6 percentage point decrease from 2016.

A few years before that, in 2014, a majority — nearly 56 percent — of those polled by Monoresearch said the conscription system should be maintained.

Critics of South Korea’s conscription system have said that it has helped cultivate an institution riddled with abuse and discrimination and that it has kept men in their prime from the labor force.

Earlier this year, a Netflix show critical of conscription became an unexpected hit in South Korea. Called “D.P.,” for deserter pursuit, it followed a fictional private assigned to capture deserters, whose stories portrayed the emotional toll of conscription.

Though the military has said that it would stop dispatching its personnel to capture deserters starting next year, the show resonated with many viewers and even prompted some politicians to weigh in.

Hong Jun-pyo, a candidate in next year’s presidential election and a lawmaker in the opposition People Power Party, said on Facebook that he had watched the show and was in favor of shifting the military to an all-volunteer force.

“What ‘D.P.’ showed was an emblematic picture of why the conscription system has to change,” said Kwon In-sook, a lawmaker in the governing Democratic Party, who added that she supported a transition to an all-volunteer military. “It showed how military culture sometimes completely departs from our basic sensibilities.”

Hundreds of fans on social media said that the abuse it portrayed resonated with their own painful experiences in the military. One viewer said that he was beaten in his chin, cheeks and head and was subjected to abusive language as a private. At one point, he said, things got so bad that he wanted to die.

A tougher conscription stance still has its supporters. South Korean men who live abroad and haven’t served in the military are eligible, until they turn 36, to be drafted once they return home. One bill in the National Assembly would change that cutoff date to when they turn 45. They would be liable for up to three years of imprisonment if they refuse to serve.

Still, South Korean officials have been carving out exemptions even while conscription rates have risen. The government has reduced the length of service, which varies by branch, by several months; paved a path for conscientious objectors to perform alternative service in a civilian setting; and postponed military service for top K-pop stars until they turn 30.

The draft has long been sustained by the view that all men must serve in the military. Draft dodgers often are stigmatized and alienated from their families and friends. Mr. Kim, the conscientious objector, said he has still not told his parents.

Myungjin Moon, 37, refused to serve in 2010 because he objected to military intervention in Iraq, where South Korea sent troops as part of the U.S.-led coalition. He was jailed starting in 2011 for 15 months. He said his parents once told him he “made the wrong friends and became a commie.”

Those who avoid the draft can face tough punishment. Mr. Kim was sentenced to six months in prison, one year of probation and 400 hours of community service, in addition to fines totaling about $677. If he completes his community service while on probation, he said, he will not need to spend time in prison. He also is facing an ongoing trial for another charge from 2016, which may result in additional fines.

An average of 600 to 800 people each year object to military service, according to the government. The vast majority are Jehovah’s Witnesses, but a few, like Mr. Kim and Mr. Moon, object on political or personal grounds. Last year, the authorities began allowing some conscientious objectors to perform public service while in confinement and avoid getting criminal charges on their record.

Despite growing public discomfort with conscription, South Korea hasn’t arrived at a consensus on whether to change it or do away with it altogether. Gallup Korea found that 43 percent of South Koreans supported shifting to an all-volunteer military, an 8 percentage point increase from 2016.

Ha Tae-keung, a lawmaker with the People Power Party, has suggested drafting women, a proposal that 46 percent of adults support, compared to 47 percent who don’t, according to Gallup Korea.

“If men and women are drafted together, the military may be formed with people more suitable for it,” Mr. Ha said.

Even defenders of conscription say the military must take steps to make service more appealing.

The number of men in the 20s is expected to halve by 2040, said Ahn Seok Ki, a researcher in the Korea Institute for Defense Analyses. That means the military may not be able to field the number of people it needs unless it incentivizes recruits to stay for longer stints and gets more volunteers to join.

“The conscription system should be maintained,” he said. “It is impractical to switch to an all-volunteer system. But it is possible to reduce the number of conscripts and increase the number of volunteers.”

“To do so,” he added, “a lot of changes have to be made to make the military more suitable for the younger generation.” 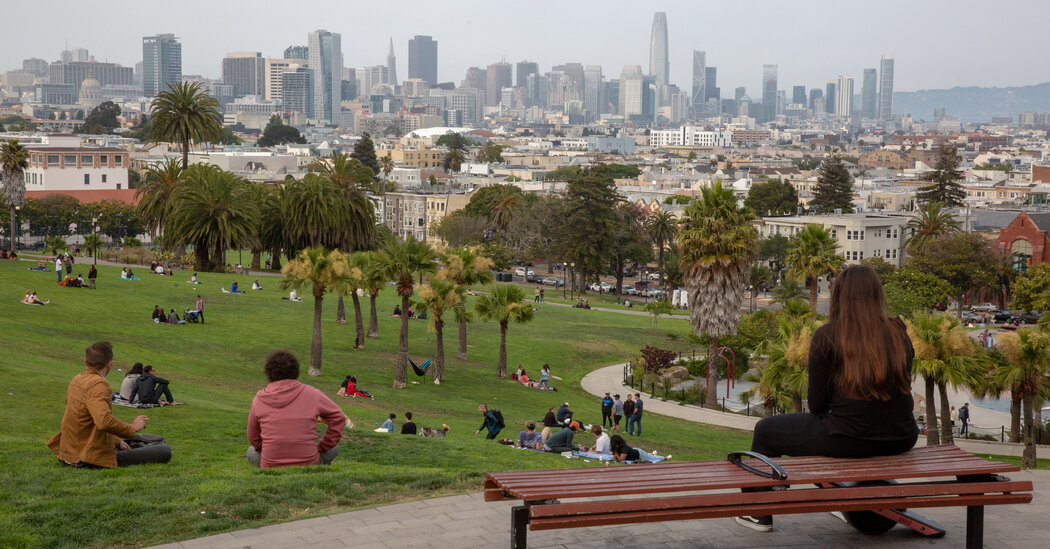