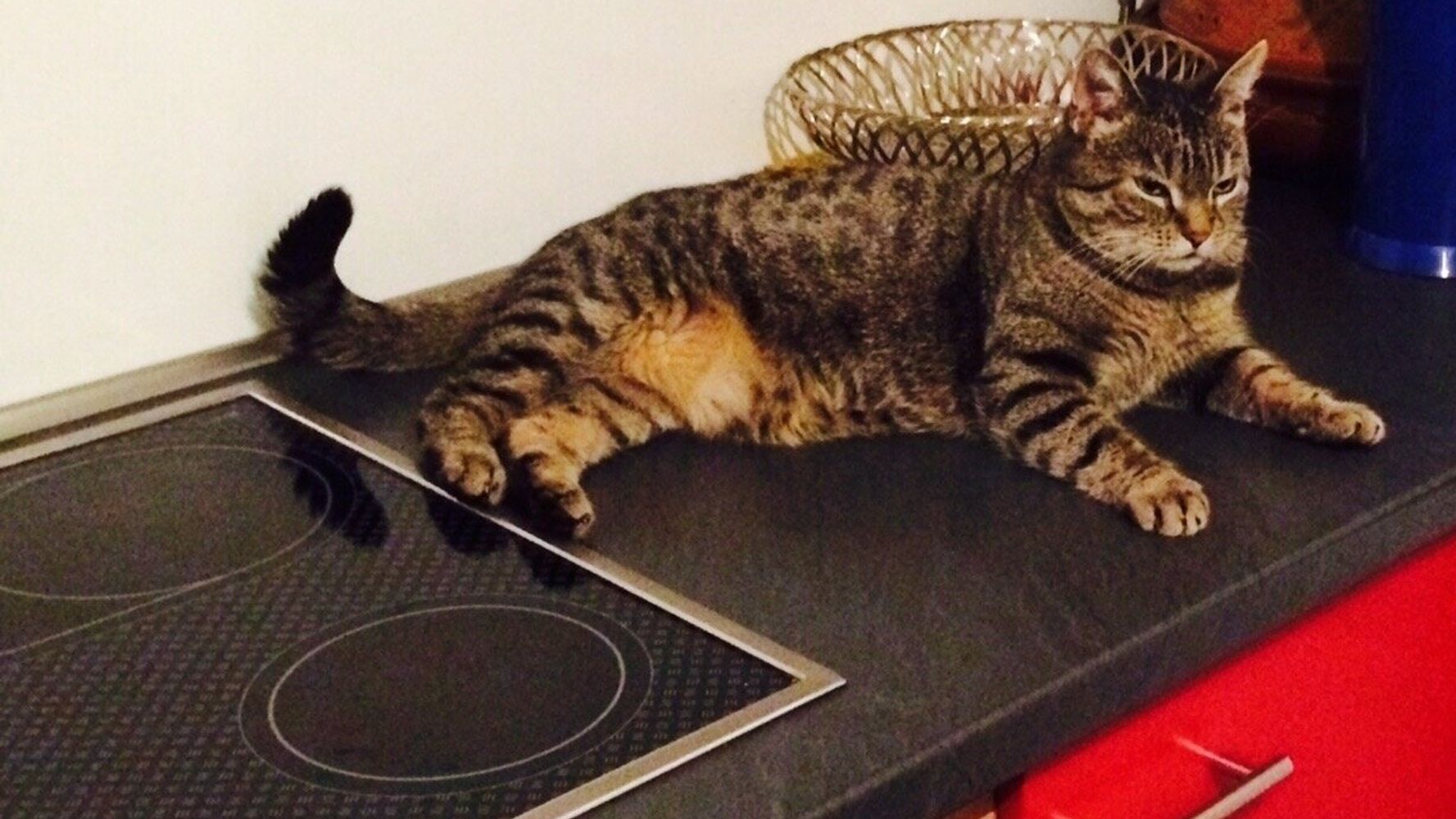 The fire department of Seoul, South Korea, is warning cat owners to be especially careful in the kitchen.

More than 100 house fires in the city between January 2019 and November 2021 were attributed to cats accidentally turning on electric stoves, according to the Seoul Metropolitan Fire & Disaster Headquarters, per The Korea Herald.

If an electric stove has touch-sensitive buttons, a cat can accidentally switch it on by jumping up and hitting the controls with their paws.

Luckily, there are easy things you can do to prevent your cat from becoming an unintentional arsonist. Many electric stoves with button controls have a function that allows users to lock the buttons, which keeps them from being activated by someone who shouldnâ€™t do so, like a cat or a small child.

The Seoul officials recommended using this feature, as well as keeping flammable objects, like paper towels, away from the stove, according to CNN.

This warning was specifically about electric stoves with buttons, but you still may want to cat-proof your stove if it uses knobs.

There have been instances of especially dextrous cats accidentally manipulating stove knobs and turning on a burner, or, in the case of gas ranges, filling a home with flammable gas.

In these cases, the problem can be avoided by buying childproofing covers to go over the stoveâ€™s knobs.

In the United States, about 1,000 house fires a year are started by pets, according to the nonprofit American Humane, though the organization does not break down that figure by species.