Spacecraft in 2021 set their sights on Mars, asteroids and beyond 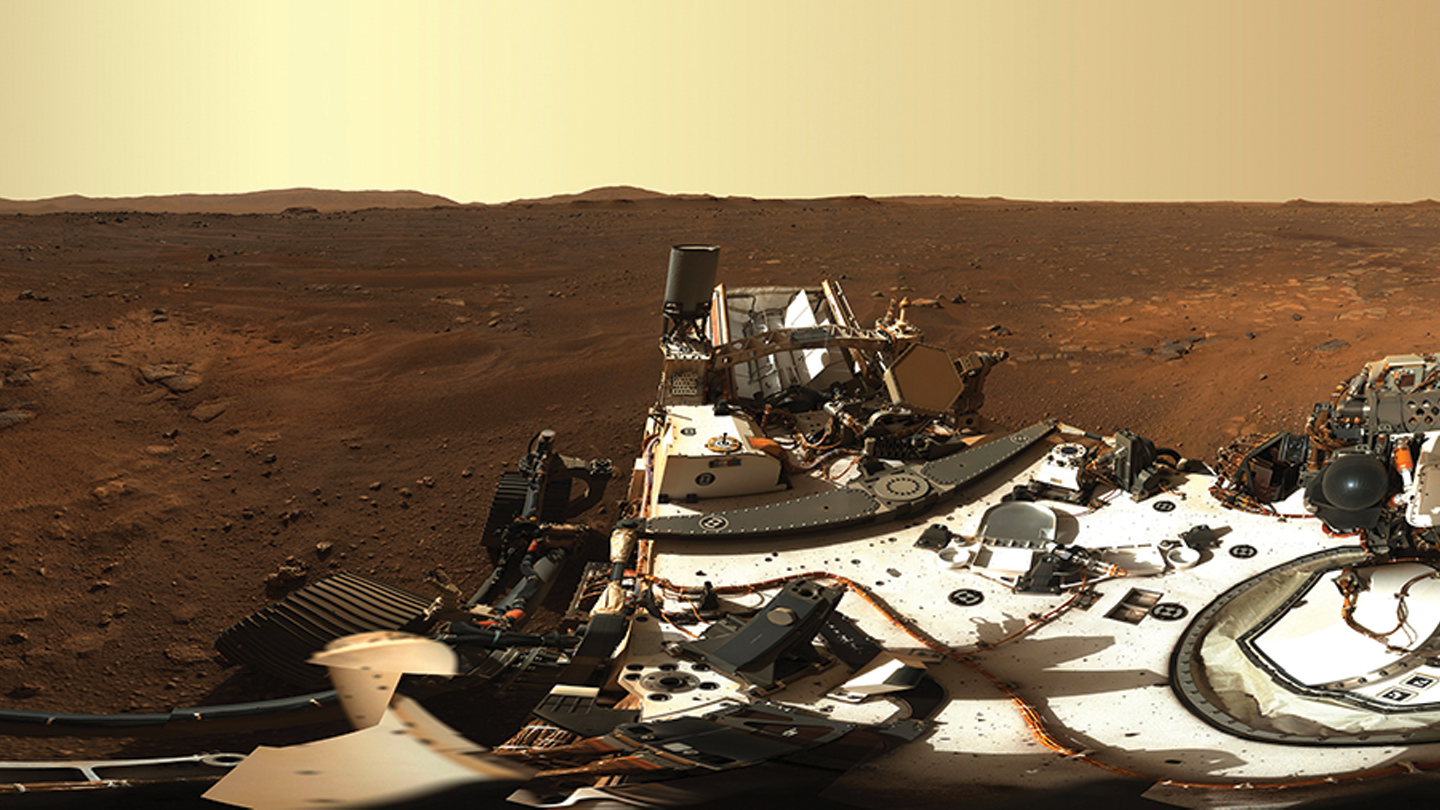 While a flurry of missions crowded around Mars this year, some lesser-explored parts of the solar system are about to get fresh eyes.

Three countries visited the Red Planet in 2021, sending orbiters, landers, rovers and even a helicopter. The United Arab Emirates successfully put its first interplanetary spacecraft, called Hope, into orbit in February, to study Marsâ€™ climate. Chinaâ€™s Zhurong rover has been trundling around the planetâ€™s surface since May, studying the local geology and searching for underground water ice (SN Online: 5/19/21). And NASAâ€™s Perseverance rover, which landed in February, has been collaborating with a helicopter called Ingenuity to explore an ancient lake bed and collect rocks for a future delivery mission to Earth (SN Online: 2/17/21; SN Online: 4/30/21).

But while all eyes were on Mars, other missions are embarking on journeys to study even more far-flung places. After years of delays and billions of dollars over budget, the James Webb Space Telescope is finally set to launch, no earlier than December 25, to probe the universeâ€™s earliest galaxies, among other things (SN: 10/9/21 & 10/23/21, p. 26).

Meanwhile, spacecraft are heading off to visit 11 asteroids in the solar system in search of clues to the origins of the planets, and water and life on Earth, as well as ways to keep our planet safe from errant space rocks.

NASAâ€™s Lucy spacecraft launched on October 16 on the first mission to explore Jupiterâ€™s Trojan asteroids, two groups of space rocks that share an orbit with Jupiter around the sun (SN Online: 10/15/21; SN: 5/13/17, p. 5). The asteroids occupy areas known as Lagrange points, where the gravitational pulls of Jupiter and the sun cancel each other out. These regions are like cosmic dead zones and have been collecting planetary flotsam for billions of years. Those asteroids and other bits of debris are like fossils of the early solar system. (Fittingly, the mission was named for the famous hominid fossil Lucy.)

Over the next 12 years, Lucy will make five flybys to observe seven Trojan asteroids, plus one asteroid in the main belt between Mars and Jupiter for good measure. By the end of its mission, Lucy will have visited more objects than any other NASA mission.

The next mission to head out was NASAâ€™s Double Asteroid Redirection Test, or DART, which launched November 24 to deliberately ram into an asteroid in an attempt to alter its orbit. That collision will test a technique for deflecting dangerous asteroids that could crash into Earth in the future.

The spacecraftâ€™s destination is a pair of asteroids called Didymos and Dimorphos (SN: 8/15/20, p. 5). In late September 2022, DART will crash-land on Dimorphos while moving at about 6.6 kilometers per second, which hopefully will shift its orbit around Didymos. Astronomers on Earth will be able to tell if the test worked by looking for a change in Dimorphosâ€™ orbit time, and the European Space Agency will send a follow-up probe called Hera in 2024.

Last up is Psyche, which is set to launch in August 2022. The NASA spacecraft will visit 16 Psyche, an asteroid that seems to be made up almost entirely of metal. It may be the exposed core of a protoplanet that lost its outer mantle and crust in cosmic collisions long ago. Since scientists canâ€™t send a mission to Earthâ€™s core, a trip to 16 Psyche may be the closest we can get to a journey to the center of the Earth.

Psyche will arrive at its destination in 2026 and spend 21 months measuring the asteroidâ€™s magnetic field and composition from orbit. One question is whether the asteroid truly is a planetary core. Even if not, the asteroid is a new kind of world that no spacecraft has visited before.