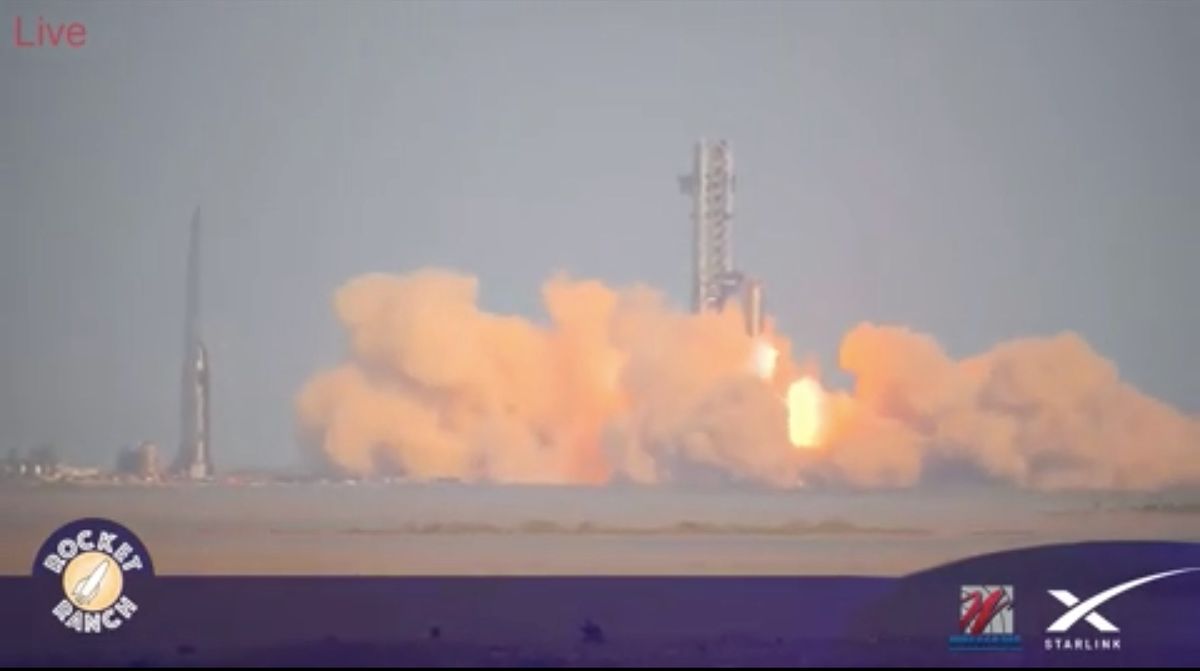 SpaceX continues to prep its Starship Mars rocket for its first-ever orbital test flight, which could be coming soon.

The static fire occurred at 2:42 p.m. EST (1942 GMT) and lasted for 13 seconds. Video captured by NASASpaceFlight (opens in new tab) and Rocket Ranch Boca Chica (opens in new tab) showed the test to be a powerful one, suggesting it involved a healthy proportion of Booster 7’s 33 Raptors. (SpaceX did not immediately announce how many engines were fired.)

Wednesday’s test was the first static fire for Booster 7 since Nov. 14, when the huge vehicle lit up 14 Raptors.

Shortly after that trial, SpaceX founder and CEO Elon Musk said that the company planned to perform just one or two more static fires (opens in new tab) with Booster 7 before launching an orbital test flight — the first ever for the Starship program.

That orbital mission will likely employ Booster 7 and Ship 24, a prototype of Starship’s 165-foot-tall (50 meters) upper stage. The upper stage is powered by six Raptors; Ship 24 has already ignited all of its engines, during a Sept. 8 static fire.

A successful orbital flight will make Starship the most powerful rocket ever to fly. That title is currently held by NASA’s Space Launch System megarocket, which debuted on Nov. 16, kicking off the agency’s Artemis 1 mission.

SpaceX is developing Starship to take people and cargo to the moon and Mars. NASA is already a customer; the agency selected the huge vehicle to make at least two crewed moon landings for its Artemis program, which aims to establish a long-term human presence on and around the moon by the end of the 2020s.