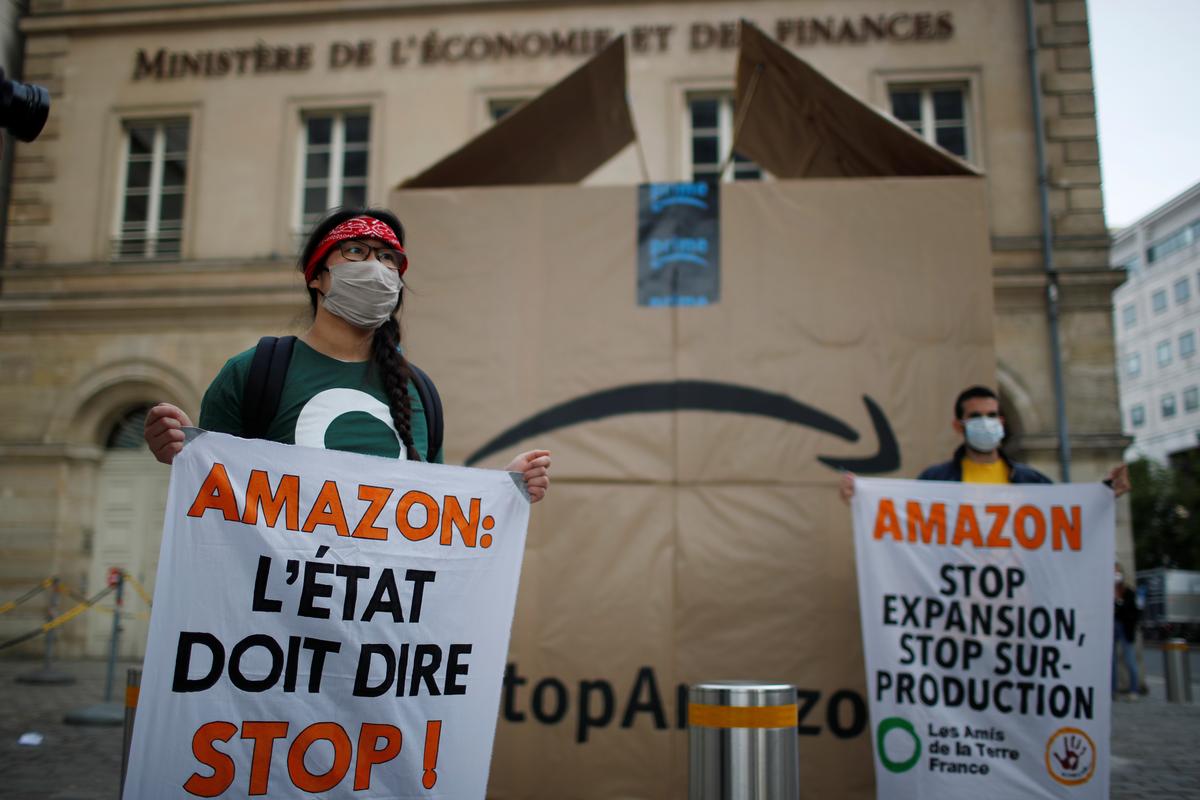 A climate activist holds a sign reading “Amazon : the government should say Stop” during a demonstration near the Bercy Finance Ministry in Paris, France, June 17, 2020. REUTERS/Gonzalo Fuentes

PARIS (Reuters) – Environmental campaigners delivered a 12-foot (3.6-metre) tall mock-up of an Amazon parcel to the French finance ministry on Wednesday to demand that the government rein in the e-commerce giantâ€™s expansion in France.

The campaigners – who did not have official permission for their protest – parked a rental van outside the ministry, and unloaded panels which they then assembled into a box, as security guards looked on.

The box was decorated with the Amazon logo and the slogan: â€œ#StopAmazonâ€. The campaigners also used spray paint and stencils to write the phrase: â€œAmazon: the state must say stopâ€ on the pavement in front of the ministry.

â€œWe put this parcel in front of the ministry to challenge the government about the dangers of the expansion of e-commerce in France,â€ said Alma Dufour, a campaigner with the French chapter of green group Friends of the Earth.

The activists behind the protest say Amazon promotes a culture of consumption which hurts the environment, and that it squeezes out small businesses.

Amazon said in a statement it believed e-commerce was less harmful for the environment than traditional retail and that it was committed to reaching the threshold of net zero carbon for all its businesses by 2040.

It said it had created over 30,000 direct and indirect jobs in France in the past 20 years, including at small businesses which trade on the Amazon platform.