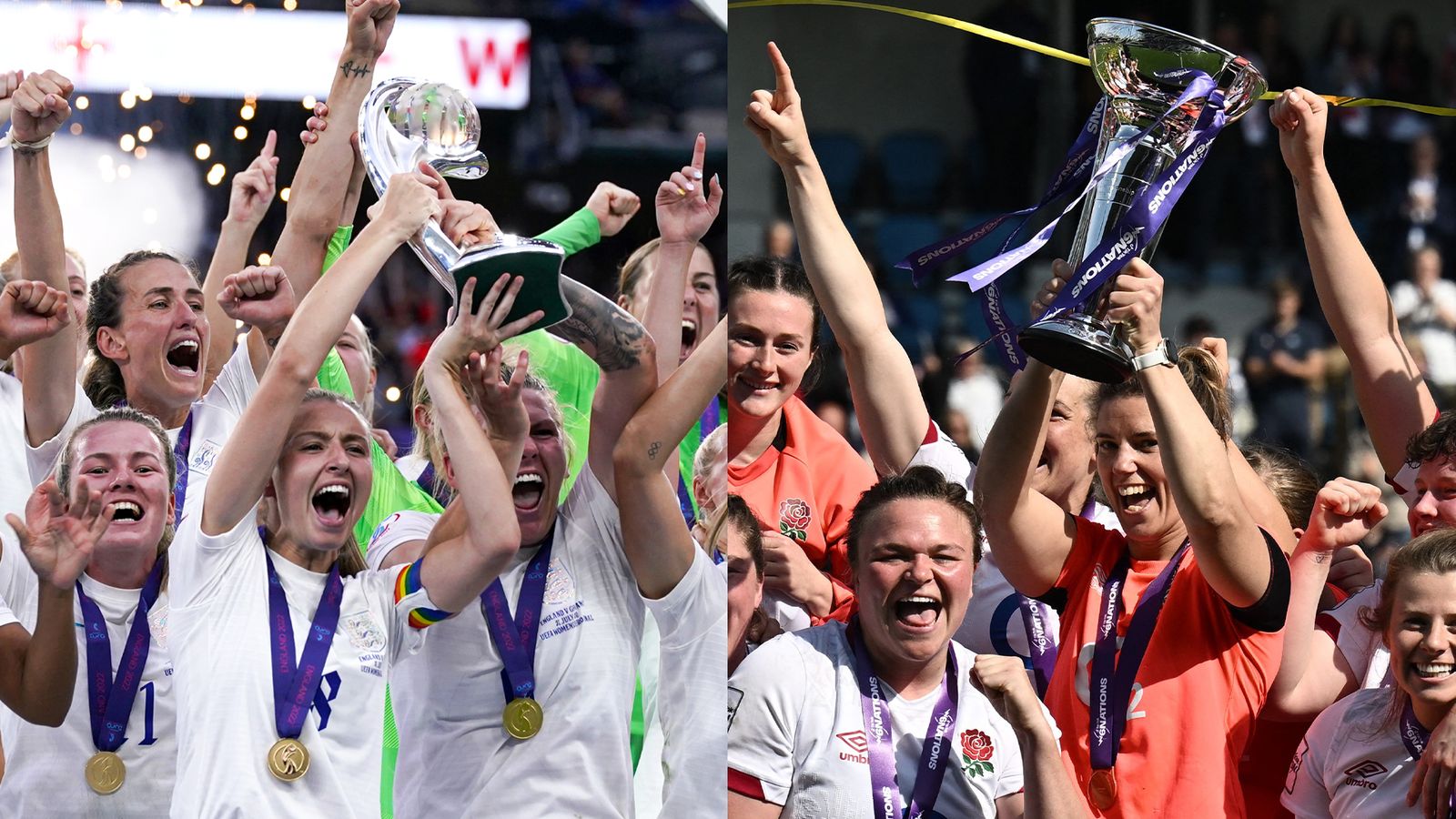 An annual Sport England survey has found there are now 100,000 more girls playing football than there were five years ago.

Children’s activity levels have also recovered to pre-pandemic levels although the Active Lives Children and Young People survey showed those aged seven to nine are still 4.5 per cent below where they were before Covid.

It is thought participation levels could receive a further boost as the survey was conducted prior to the Lionesses’ Euros triumph.

The survey found 219,000 more children were now classified as active compared with 2020-21 and overall 3.4 million children (47.2 per cent of those surveyed) were classed as active, meeting the chief medical officer’s guideline recommendation of taking part in sport or physical activity for at least 60 minutes a day.

The data, though, did highlight areas of inequality with half of boys now doing an average of 60 minutes a day of physical activity compared to 45 per cent of girls, while 52 per cent of children from the “most affluent” families are classed as active, that drops to 42 per cent in less affluent families.

Activity levels for different ethnicity groups are back in line with pre-pandemic levels although the proportion of Black boys active remains 7.7 per cent lower than in 2018-19. The gender gap in activity levels remains largest among Asian boys and girls at 10 per cent.

‘More still needs to be done’

Sports minister Stuart Andrew said: “It is very encouraging to see a surge of children and young people returning to enjoy the benefits of physical activity since the pandemic. But I am clear that more still needs to be done.

“That is why we are investing £230m in grassroots facilities, and developing a bold new sports strategy. We will continue to work with Sport England to ensure every child has the access to the right facilities and opportunities both in and out of school.”

Sport England chief executive Tim Hollingsworth added: “This overall growth is positive but there’s more to do to help children and young people from all backgrounds enjoy the benefits of sport and physical activity.

“That’s why we will advocate for children and young people, particularly those facing inequalities and less likely to take part in sport and physical activity, to be given a voice in decisions which affect their experiences to help ensure that those experiences are positive.”

WSL attendances up 200 per cent from last year

Attendances in the Women’s Super League are up 200 per cent from last year on the back of England’s Euro 2022 success.

Kelly Simmons, the director of the women’s professional game, has hailed a record-breaking first half of the season ahead of this weekend’s final round of fixtures before the winter break.

“The Lionesses’ victory propelled the women’s game in this country to new levels, and it was important for us to capture and capitalise on that momentum.

“It has often been said that a successful women’s England team will help generate interest in the domestic game. This is certainly true, and I have been really overwhelmed by the response we have seen from fans – new and old – in the first half of the season.

“I am delighted to reveal that since the season commenced, we have seen almost 300,000 spectators attend matches across the Barclays Women’s Super League. This just highlights how much appetite there is for world-class women’s league football.

“We are currently averaging almost 6,000 fans a week in the Barclays Women’s Super League as we go into the final league fixtures of 2022 – which is up over 200 per cent on this time last year.

“The Barclays Women’s Championship is also performing brilliantly, with the average attendance up over 85 per cent on this time last year.”

The highest attendance was an individual club record when Arsenal and Tottenham played in front of 47,367 fans at Emirates Stadium in September.