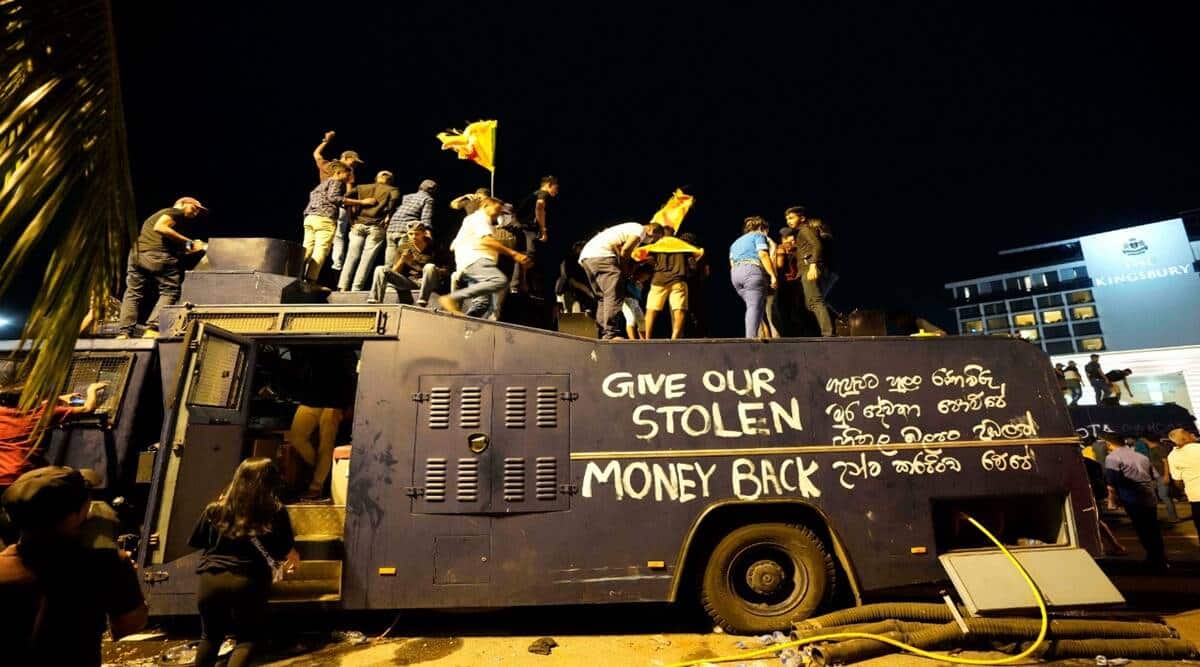 July, as a month in the modern history of Sri Lanka, had a different meaning altogether until July 9, 2022. Previously, it either brought back dark memories of the 1983 July pogrom against Tamils or the ethnically and politically divided sentiments of the blood-stained end of the civil war between the Sri Lankan government and the LTTE in July 2009. However, July 9, 2022, now appears as a moment that victoriously marked a new civic beginning of the history of the island nation. I must say it was not an exaggeration to name it the republic day of Sri Lanka as many have done in the social media.

As far as the unbelievable number of people who occupied the streets of Colombo are concerned, it is reasonable to raise the recurring question again, how did this happen. To my knowledge, answers to this question would inevitably contain ideologically biased perspectives, but the incidents unfolding since March 2022 tell the story themselves.

Only a small number of urban people, mainly from the middle and lower-middle class, gathered in their localities to silently protest, against the shortage of fuel, gas, milk powder and power cuts, in general, against the government for making their quotidian lives miserable. Most of the time, the protests were self-declared with no organisational structure. People simply gathered at the site when a random person posted on social media that he or she would stand in a specific place and time. Soon, it turned out to be a trend, though not very popular, on the way back after work, some people stopped at those protests in solidarity and vehicles passing by honked to show their support. The numbers of people, as well as demonstrations, gradually increased, and on March 31, a silent protest near the president’s private residence quickly changed into wild yelling. Angry crowds attempted breaking barricades, and the clash between riot police and the people clearly indicated the latter’s frustration. The slogans on gas, fuel and power cuts now noticeably altered not only to mark the failure of the president and the government but also to demand that President Gotabaya Rajapaksa “go home”. When the government invoked the state of emergency in the aftermath of a demonstration near the president’s private residence, for the first time in the country, people openly breached the curfew.

Meanwhile, a post was shared calling for one million people to assemble at Colombo, Galle Face on April 9, which paved the way to occupy the space, including the main gate of the presidential secretariat, and gradually set up makeshift facilities such as a community kitchen, toilets and washrooms, a medical centre and media centre, citizens’ assembly, library, cinema, open-air theatre, art studio, open mic spaces, public university, children’s activity centre, etc. It was clearly visible that the thousands of people who had gathered were not the usual participants at political rallies or protests; they comprised people from all the classes, ethnic, religious, gender, age (the majority were young) and lifestyle categories, but few represented political institutions such as parties, trade unions or organisations. As a participant of the April 9 demonstrations, I noticed that people’s political aspirations now had developed from a government change to a system change. Although the occupied space was named as Gotagogama (Gota go Village), the proper name of the president, Gotabaya, seemed to contain many meanings, such as the end of corruption, ethnic and religious harmony, abolition of executive presidency, a new democratic constitution, etc. — in shorthand, a new social contract.

On May 9, thousands of angry supporters of the then prime minister, Mahinda Rajapaksa, attacked the peaceful protesters at Gotagogama and burnt a few makeshift facilities. Since this happened in the presence of the police and the military, it created a strong wave of resentment. Later that night, protestors set on fire many properties that belonged to the Rajapaksas and pro- government politicians. The prime minister was compelled to resign.

Protesters who occupied the Galle Face remained there organising political, cultural and educational activities confirming that the resistance could take various forms. It was very evident. Art forms once marginalised such as alternative music and performance art became frequent at the occupied space. Since the young generation played the prime role in organising the space as well as activities there was an unmistakable air of newness. Although, the heterogeneous nature of the socio-political views of the protesters disturbed to form a centralised organising committee, they managed to have a daily assembly in which they discussed technicalities of the space such as food, water, health etc. as well as current political situation and future political actions.

Hence, the historic July 9 demonstrations were announced by the Galle Face protesters as a decision they had taken in the assembly. They not only simply declared the date, a campaign was organised across the island to invite people to Galle Face. It is true that the economic crisis that has spread across the country played an essential role in moving people to protest. But the political aspirations of the people cannot simply be confined to the return of the old normal where shortage of fuel, gas, medicine, food and power cuts were not an everyday reality. Political aspirations are extremely high even though imagining a new country while it is facing economic bankruptcy may sound a bit odd. It is apparent, however, that a new citizen identity, which has experienced the people’s power in historic ways, has emerged.

The writer is a Sinhala novelist