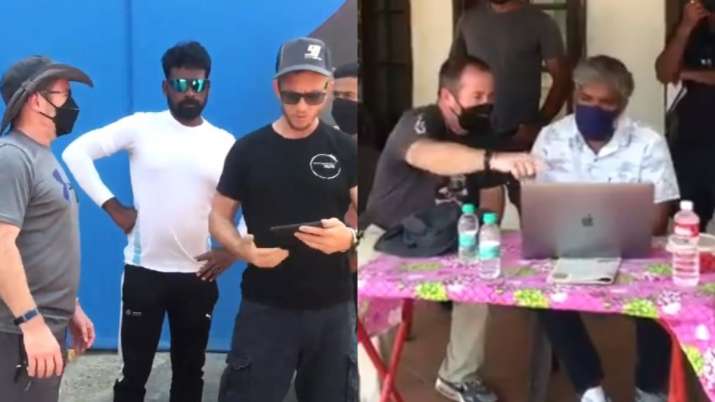 SS Rajamouli’s RRR is among one of the most anticipated films of 2021. The film features Alia Bhatt, Ajay Devgn, Ram Charan, Jr NTR,Â  Olivia Morris, and Shriya Saran in pivotal roles. As director SS Rajamouli begins shooting the climax of the film, he has roped in renowned Hollywood action director Nick Powell in the team.

Nick Powell has worked in many popular films such as Gladiator, The Bourne Identity, 2.0 and X-Men: The Last Stand etc.Â

Currently, the team of RRR is shooting in Hyderabad. Director SS Rajamouli along with stunt choreographer Nick Powell are working together in conceptualizing the epic stunt sequence of the film. The official Twitter handle of RRR has released a BTS video from RRR sets.

The magnum opus RRR will release in multiple languages on October 13 this year. The period drama narrates a fictitious tale based on the life of Telugu freedom fighters, Alluri Seetharama Raju and Komaram Bheem. Unconfirmed reports suggest the film is being produced at an estimated budget of Rs 450 crore.