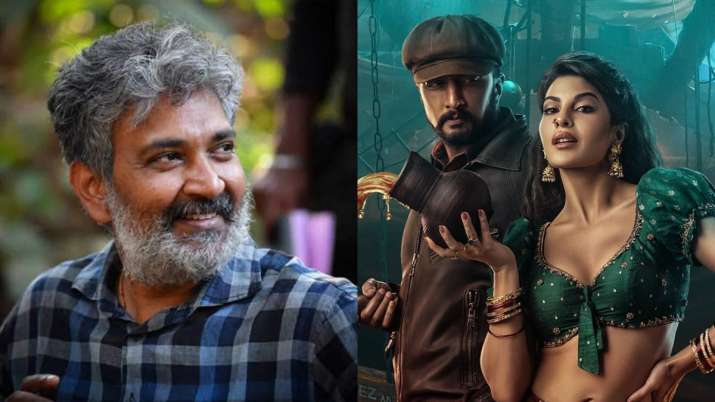 Kichcha Sudeep’s big-budget action spectacle Vikrant Rona is gearing up for its theatrical release across the country on Thursday. Everyone including proclaimed filmmaker SS Rajamouli is all praises for the upcoming release. He sent wishes for Vikrant Rona film and its cast on his social media. “Sudeep is always first in experimenting & taking up challenges. Can’t wait to see what he has done in #VikrantRona. The visuals look grand. My best wishes to @KicchaSudeep and the entire team for their release tomorrow,” Rajamouli tweeted.

In Vikrant Rona, Sudeep plays the titular character of Vikrant aka the Lord of the Dark who strikes fear into the hearts of his enemies. Also starring Jacqueline Fernandez, Nirup Bhandari and Neetha Ashok, the film is directed by Anup Bhandari. ALSO READ: Kichcha Sudeep’s Vikrant Rona: Where to Watch, Tickets, Movie Review, Box Office, HD download

Recently, the much-awaited trailer of Kichcha Sudeep and Jacqueline Fernandez starrer was released. The trailer takes viewers on a magical journey from the grand entry of Sudeep to its wonderful visual effects, it consists of many factors for the audience to love on. The 2-minute 58-second long trailer begins with glimpses of a village scene in a grandeur manner. Moreover, Sudeep’s entry on the ship is truly an eye-catcher. Following that, comes Jacqueline Fernandez who steals the show, even though she appeared for a short span in the trailer.

Apart from the lead stars performances in the trailer, its brilliant VFX also grabs the audience’s attention.

Vikrant Rona is presented by Zee Studios, produced by Jack Manjunath under his production Shalini Artss, co-produced by Alankar Pandian of Invenio Origins, and is helmed by Anup Bhandari. The film will be released in five languages including Kannada, Tamil, Telugu, Malayalam, and Hindi. Moreover, the trailer has come as a big thing for the audience to set their eyes on, as big names from different industries will be coming together to launch it in different languages.