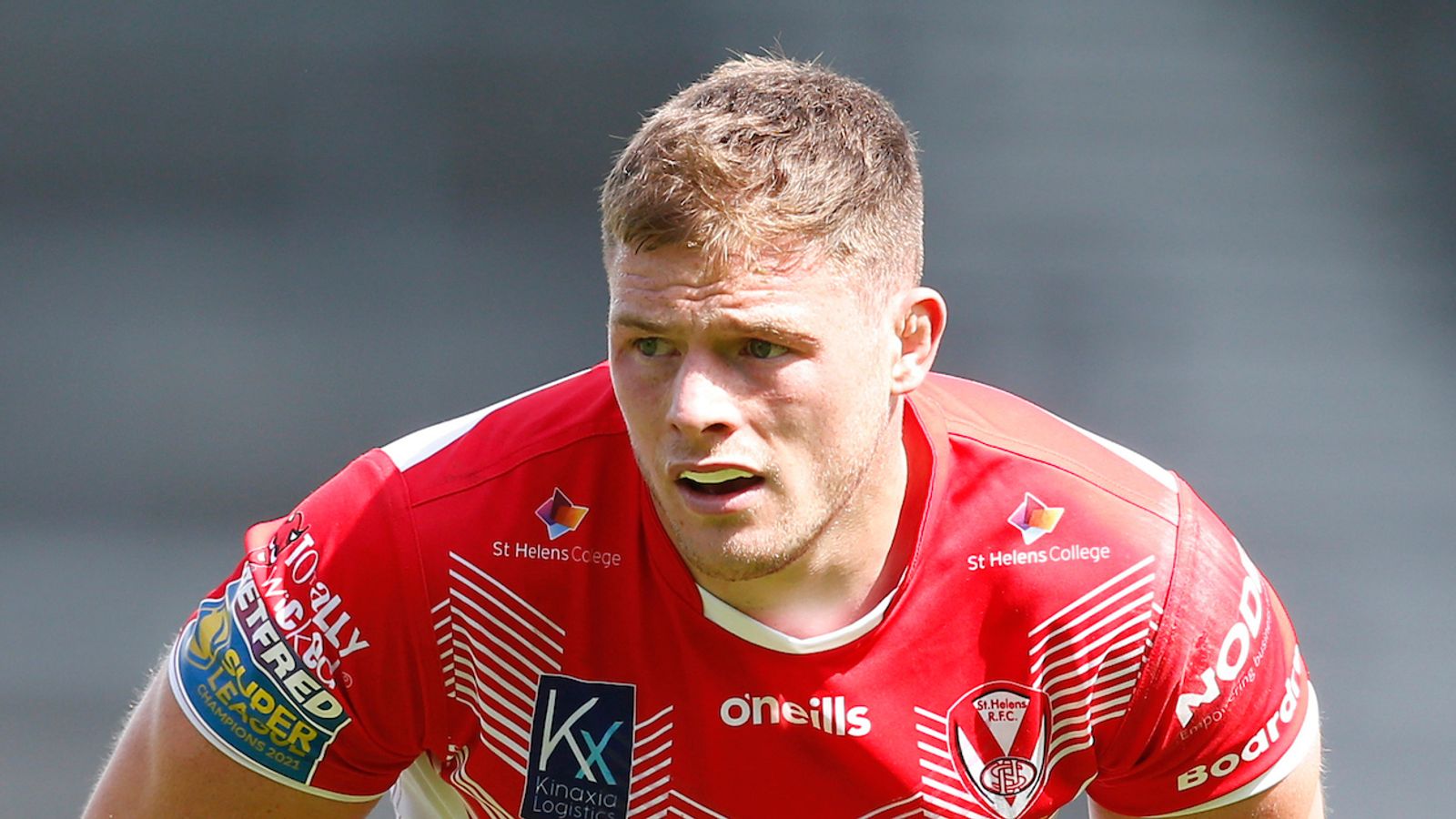 Morgan Knowles was sin-binned during Saints’ 19-12 semi-final win over Salford on Saturday; St Helens have until 11am on Tuesday to accept the ban or face a hearing later that day; reigning champions will face Leeds Rhinos at Old Trafford on Saturday, September 24 live on Sky Sports

St Helens look set to be without loose forward Morgan Knowles for Saturday’s Grand Final against Leeds but stand-off Jack Welsby is free to play at Old Trafford.

Knowles was sin-binned during Saints’ 19-12 semi-final win over Salford on Saturday after appearing to twist the arm of stand-off Chris Atkin behind his back.

The England international has now been given a two-match penalty notice by the Rugby Football League’s match review panel, who deemed it a Grade B dangerous contact offence.

The charge is a major blow for the reigning champions and outgoing coach Kristian Woolf, who said in the post-match press conference that he did not expect any repercussions.

“I would be absolutely flabbergasted if that was a ban,” Woolf said. “I can’t really see what was dangerous in that.”

St Helens have until 11am on Tuesday to accept the ban or face a hearing later that day, knowing a failed appeal could result in an increased suspension which would have an impact on Knowles’ availability for the World Cup.

At least Woolf will have the services of Welsby, who is on a three-man shortlist for the Man of Steel award that will be announced on Tuesday night.

Welsby was found guilty by the review panel of a Grade A high tackle on Atkin but avoided a ban due to his previous excellent disciplinary record.

Meanwhile, Wigan’s England second-rower John Bateman could be ruled out of the World Cup after being charged with a Grade D offence following his dismissal in Friday’s 20-8 semi-final defeat by Leeds.

Bateman was shown a red card for the high and late tackle that left Leeds half-back Aidan Sezer badly dazed and has been ordered to face a disciplinary hearing on Tuesday night.

A Grade D offence usually carries a ban of between three and five matches.

Bateman would be able to count England’s warm-up match against Fiji on October 7 as one game but anything more than a three-match ban would rule him out of the World Cup group stages.

York forward Danny Kirmond is set to miss Sunday’s Championship semi-final against Leigh after being given a one-match penalty notice for a dangerous tackle during his side’s 26-24 win at Halifax on Sunday.