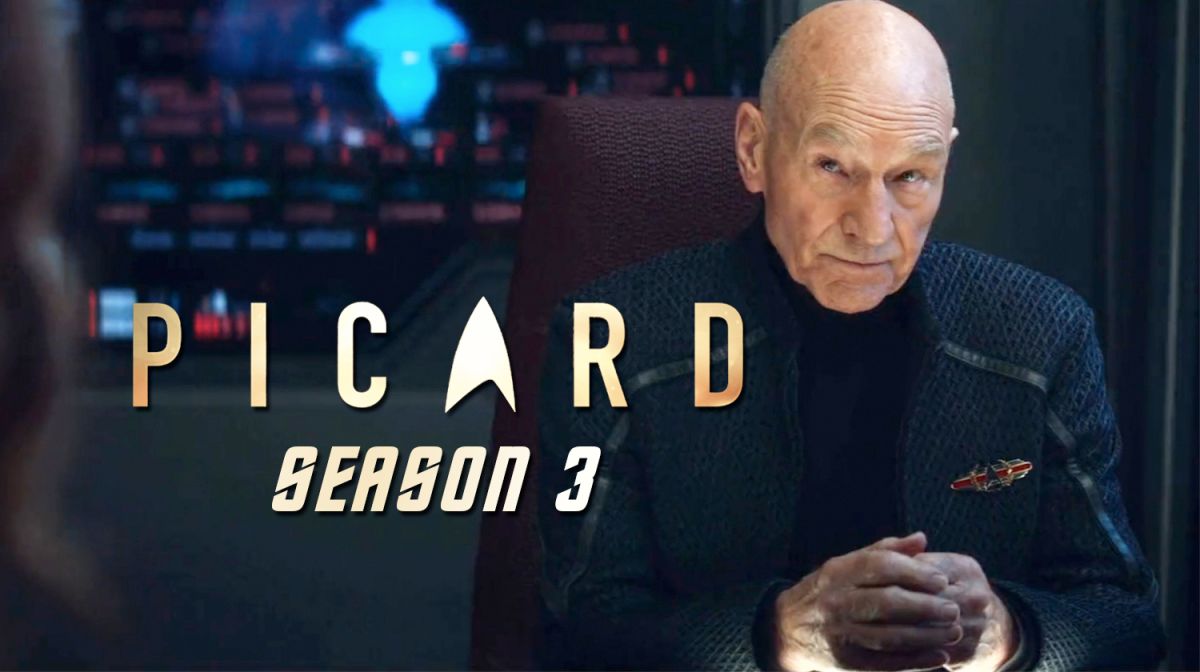 Nothing quite as exciting as a trailer for the trailer before the final season actually starts.

A new teaser for the third and final season of “Star Trek: Picard” has dropped, which itself teases a new, longer trailer that will air during the AFC championship game where the Kansas City Chiefs take on the Cincinnati Bengals. The trailer will air at some point during the half-time commercial spot on CBS on Sunday (Jan. 29), more than likely the first or second commercial break.

We know from the trailer that dropped at New York Comic Con in October of last year that we will see the return of the bar Ten Forward from “Star Trek: The Next Generation,” a new USS Titan NCC 80102-A, a new Odyssey class USS Enterprise-F (introduced in the “Star Trek Online” game) and a new, updated Space Doc.

Allies and adversaries will go head to head in an epic clash. Watch the AFC Championship Game on @NFLonCBS next Sunday, January 29 to see the official trailer for #StarTrekPicard’s final season during halftime. pic.twitter.com/J8JNhvEGozJanuary 22, 2023

Ensign Sidney La Forge, helmsman of the USS Titan (daughter of Geordi La Forge) is played by Sharpe Chestnut, while Ensign Alandra La Forge is played by the actual daughter of LeVar Burton, Mica. The names of La Forge’s daughters are in fact based on a line of dialogue from the TNG finale “All Good Things” (S07, E25 & 26).

What will be particularly interesting to watch is how everyone reacts, especially since “Andor” significantly raised the bar of cerebral sci-fi. That in turn will be dictated by whether or not this third and final season is well written, or riddled with ridiculous plot points — like season one was — or overflowing with wasted opportunities – like season two was. The almost-eternal question remains, will this actually be more than just a melodramatic trip down Nostalgia Lane? We’ll find out soon enough.

Related: The ‘Picard’ Season 2 finale will leave you feeling shortchanged

Has showrunner Akiva Goldsman embraced the let’s-get-whole-cast-together thing and used that to its storytelling advantage, rather than just having everyone reunite for the sheer nostalgia value?

Although of course, that’s still a danger, but it appears that this will be, in essence, one last “Next Generation” movie — told over 10 episodes — and as long as it doesn’t try to be anything else, it might end up being the best season out of the three. Or it might not.

Internationally, the shows are available on Paramount Plus in Australia, Latin America, the UK and South Korea, as well as on Pluto TV in Austria, France, Germany, Italy, Spain and Switzerland on the Pluto TV Sci-Fi channel. They also stream exclusively on Paramount Plus in Italy, France, Germany, Switzerland and Austria. In Canada, they air on Bell Media’s CTV Sci-Fi Channel and stream on Crave.

Watch Picard on Paramount Plus