States Can Only Do So Much To Stop Coronavirus, But It Starts With Protecting The Most Vulnerable 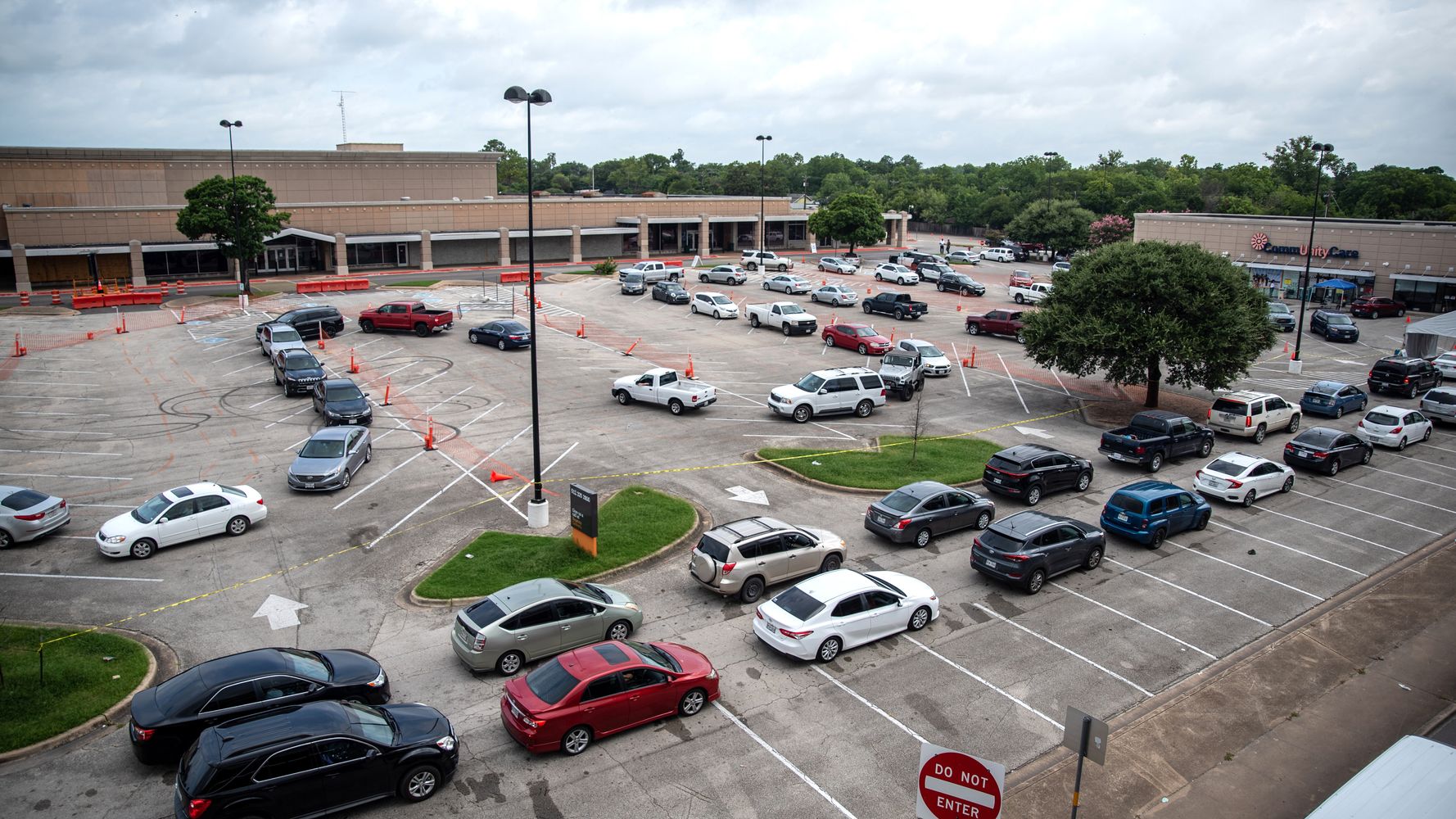 Over the past month, the coronavirus pandemic has accelerated nationwide. New daily cases have topped 60,000. Deaths, whileÂ still below their peak of nearly 3,000 per day in late March, have been steadily rising and again hit 1,000 on Tuesday. Hospitalizations haveÂ almost returnedÂ to their early-April peak.

But the pandemic is not affecting all states equally. Last week, Florida added 80,000 new cases. New York had justÂ 5,000. Arizona has roughly the same population as Washington state, but has three times more cases and nearly 10 times more patients on ventilators.

Regional patterns have also emerged. Nearly every state in the Southeast â€” Louisiana, Mississippi, Alabama, Georgia and Florida â€” is experiencing a steep rise in cases. By contrast, caseloads in Maine, New Hampshire and Vermont are all dwindling.

Even neighboring states are seeing vastly different trends.Â Washington, for example, has a death rate five times higher thanÂ Oregon. And while New York, Americaâ€™s most densely populated city, was the early hot spot, its cases have since flatlined. Meanwhile,Â virus hot spots now include suburban and even rural counties.

The pandemic has entered a new phase. In the early days of the outbreak, differences between states had to do with the timing of the virusâ€™s arrival in the U.S., and the speed with which various governors imposed quarantines. Now that governors have lifted their lockdown orders and reopened their economies, outbreaks are beginning to fall along political and economic lines. COVID-19 is increasingly becoming just another disease of inequality.

The Spread Of The PandemicÂ

Most of the states that took the pandemic seriously, and now have flat or falling numbers, experienced early, severe spikes in cases and deaths. Northeastern states like New Jersey, New York, Massachusetts and Pennsylvania may be managing the epidemic better now because they experienced a higher death toll and, as a result, have reopened more cautiously.

States like Florida and Arizona, on the other hand, did not see large caseloads or mass deaths in the early stages of the epidemic, which may have made their residents and policymakers more complacent about containing the virus.

â€œAll they did was delay what happened in New York,â€ said Jared Baeten, vice dean of the University of Washingtonâ€™s School of Public Health. â€œItâ€™s hard to take the virus seriously when you havenâ€™t seen a lot of disease. Without political leadership, communities wonâ€™t embrace preventative measures unless they experienced that moment of fear and engagement.â€

Most of the states currently experiencing severe outbreaks have pushed forward with reopening businesses despite worsening coronavirus conditions. South Carolina Gov. Henry McMaster (R) allowed restaurants to reopen, then tourist attractions, then bowling alleys, even as cases steadily climbed. Texas, where new cases have hit 10,000 per day, started to allow restaurants to reopen (first at 25% of indoor capacity, then at 50%) in mid-May.

After imposing one of the nationâ€™s earliest lockdown orders on March 19, California Gov. Gavin Newsom (D) announced in May that businesses could only reopen if the state hit a series of statistical benchmarks indicating that the virus was under control. Less than a month later, however, he reopened gyms, hotels, retailers and museums despite the state continuing to fall short of its own benchmarks. Last week, as COVID-19 caseloads continued to climb, Newsom was forced to restrict indoor dining and bars. Nonetheless, on Wednesday, California passed 400,000 coronavirus cases, overtaking New York as the state with the most infections.

Masks And Distancing Make A Difference

One of the most stark disparities in the American coronavirus epidemic involves the likelihood of people wearing masks. In some parts of the country, mostly along the coasts and in large cities, over 90% of residents report that they always wear a mask when they come within six feet of other people. In some suburban and rural counties, however, the rate can be as low as 15%.

States themselves, though, contain vast diversity in mask use. Georgia Gov. Brian Kemp (R) has barred cities from imposing mask orders, and the state has relatively low rates of mask usage. The city of Albany, Georgia, however, has a nearly unanimous rate of face covering, probably due to its large-scale coronavirus outbreak in April. Similarly, many blue states with high average rates of facial covering nevertheless have counties where rates are much lower.

In general, states that have been successful in controlling COVID-19 have maintained restrictions on indoor activities, especially in places that attract younger clientele, like bars and nightclubs. The states that have not restricted those have fared far worse: In Florida, which reopened bars at 50% capacity in early June, the median age of new COVID-19 cases has fallen from 65 in March to 39.5 in mid-July. In Louisiana, bars and restaurants have become the largest source of new infections.

Social activity outside of bars and restaurants is also emerging as a critical pathway for the virus. Last week, North Carolina authorities announced that a single family gathering had resulted in 40 cases of COVID-19, spread between family members and then to co-workers and other community contacts.

Some partygoers tested positive but didnâ€™t spread the virus to anyone else; some infected as many as eight others. A 9-year-old who attended the gathering infected two grandparents, one of whom infected their 87-year-old neighbor.

The same inequalities that characterize other disease burdens in the United States will continue to mark the new phase of the virus. Many of the states currently experiencing major outbreaks, including Texas, Arizona and California, have high Latinx populations and stark racial disparities. The cities with galloping caseloads include Atlanta; Miami; Memphis, Tennessee; and Baton Rouge, Louisiana, all of which have high poverty rates and diverse populations.

Numerous studies have confirmed that communities of color are more severely affected by the coronavirus than their white counterparts. This is partly due to existing disparities in health and access to care, but also to the way cities and states have responded to the virus. Some cities have limited COVID-19 testing sites in neighborhoods where people of color are concentrated. Others require patients to have a car to access drive-in sites or get a prescription from their doctor before being tested, both of which limit access for poorer populations.

When virus transmission is out of control, itâ€™s hard to pull it back. The only way to reduce cases quickly is to go back into a severe lockdown.
Jared Baeten, vice dean, University of Washington’s School of Public Health

Communities of color are also more likely to be exposed to the virus in the first place. Contact tracing efforts have shown that the main sites for COVID-19 infection include prisons and workplaces, particularly meatpacking plants and indoor manufacturing facilities. Black and Latinx people are overrepresented in both.

Thatâ€™s why, Baeten said, states will have to consider a wider range of policies related to criminal justice, sick leave and improved health care access if they want to contain the epidemic in the long term.Â

â€œIf people are waiting to get tested because they donâ€™t have insurance or they donâ€™t trust government systems on immigration or health care, theyâ€™ll end up transmitting to others and the epidemic will just keep going,â€ he said. â€œWe need care thatâ€™s attentive to inequalities.â€

No matter where outbreaks happen, the coronavirus is nearly impossible to contain once it spikes. Mandatory masking and business restrictions, combined with testing and contact tracing efforts, can slow the spread of the virus, but may not be enough to significantly reduce caseloads.

â€œWhen virus transmission is out of control, itâ€™s hard to pull it back,â€ Baeten said. â€œThe only way to reduce cases quickly is to go back into a severe lockdown.â€

But the differences between individual statesâ€™ figures right now should not mask how poorly the country is doing overall. Cases are worsening at different rates throughout the U.S., but they are worsening almost everywhere:Â Only three states â€” Arizona, Delaware and Maine â€• are recording a declining number of cases. The COVID Exit Strategy, a collaborative project of public health and crisis experts,Â lists just five states as making progress toward suppression â€• Connecticut, Maine, New Jersey, New York and Vermont.

CORRECTION: This article previously included Louisiana in a list of states with Republican governors in error. Its governor is a Democrat.