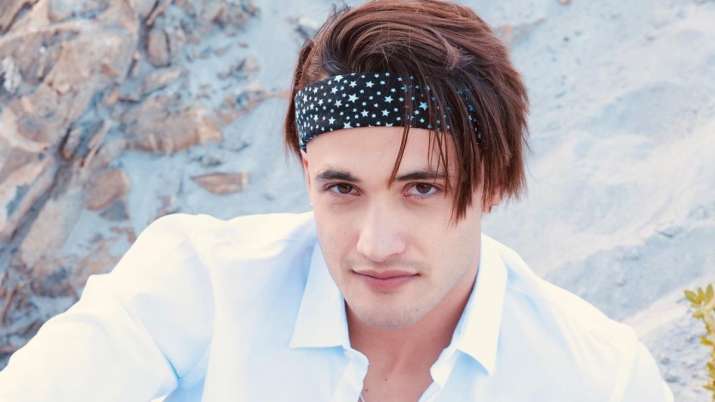 Asim Riaz irked many with his cryptic post on Monday. His tweet came after a video of Punjabi actress Shehnaaz Gill happily dancing at an engagement party went viral on social media. While Asim did not take any names, fans of the actress assumed the tweet was targeted at her. In no time, fans lined up on social media platforms showing massive support to Shehnaaz and trolling Asim.

Now, a day later, the actor-singer has issued a clarification asking netizens to stop targeting. â€œGuys I got your attention and I think I need to clear this nowâ€¦. I lost one of my good friends from Jammu and few of my friends from the same group are partying ryt now in Goaâ€¦. So I was actually telling them not who u all are assuming and remember if I wanna say anything have guts to come up say it directlyâ€¦. I have close ones too, I have my hommies around too so stop targeting stop taking out loopholes and stop taking sympathy,â€ he wrote in a post.

It all started when without naming anyone, Asim wrote: “Just saw few dancing clips … seriously people get over loved ones so soon. Kya baat kya baat… #Newworld.” It seemed that Asim Riaz was taking a pot shot at his ‘Bigg Boss 13’ co-housemate Shehnaaz Gill.Â What led next was fans slamming Asim for his tweet.

A fan wrote: “Genuinely, not expected this from you Asim. I was your die hard fan from last 2 years. Seriously giving taunt to someone who’s try to move on from bad days… I’m very happy to see her like this because I also going through from this pain of losing someone. Shame on Asim Riaz.

Another said: “You are the least deserving guy to judge someone’s love/care for him. Just saying.

“Oh so @imrealasim saw the few seconds of dancing but he forgot the unimaginable pain for months she went thru after losing a loved one? And rather than helping a colleague move on, speaking such words to get some attention? Waah! #AsimRiaz #ShehnaazGill #ShameOnAsimRiaz,” one simply wrote.

Here’s the latest video of Shehnaaz Gill that went viral:

Shehnaaz was reportedly in a relationship with late actor Sidharth Shukla, whose sudden demise in September left everyone in shock. Shehnaaz had isolated herself after his death and only commenced work after a month to promote her Punjabi film ‘Honsla Rakh’ starring Diljit Dosanjh and Sonam Bajwa.

Sidharth, a popular face on the Indian small-screen, passed away in Mumbai after suffering a massive cardiac arrest.