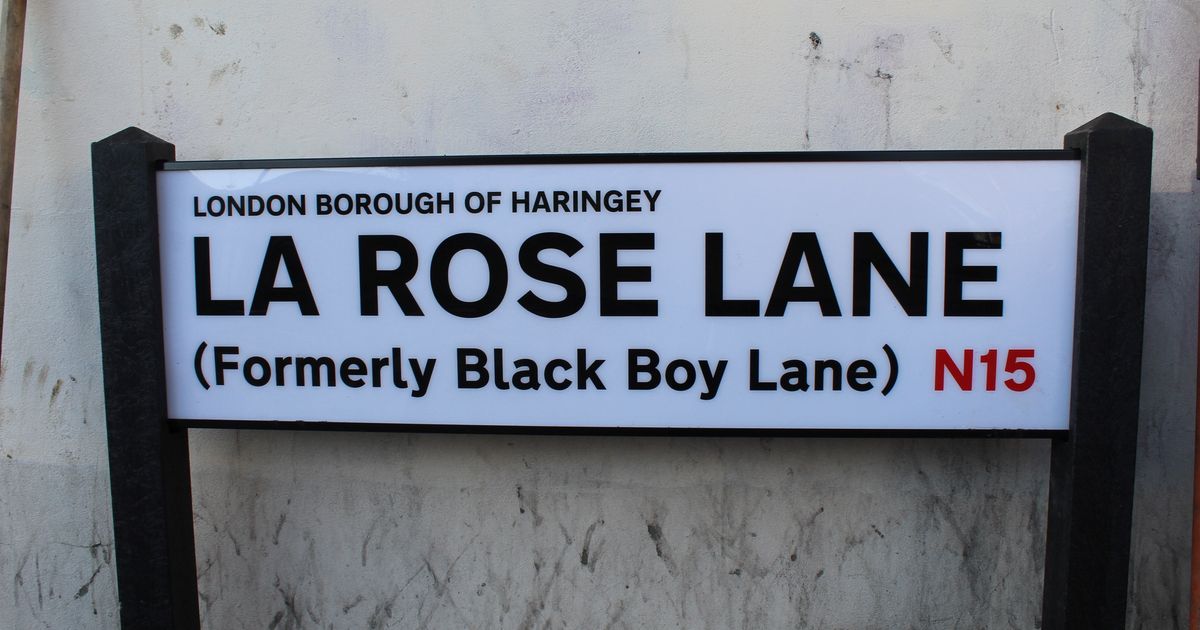 A street sign in north London has been vandalised within 24 hours of the road being renamed over concerns about racial connotations.

The council said the name change was suggested during a consultation held after George Floyd was killed by a police officer in the US in May 2020.

It said it has since conducted a “thorough process of consultation” which found “many residents shared the concerns about the racial connotations of the name”.

On Tuesday, Haringey Council leader Peray Ahmet tweeted a photo showing that one of the six new road signs had been vandalised.

She said the “act of mindless vandalism will simply not be tolerated in Haringey” and the sign had been scrubbed clean by Tuesday afternoon.

It is unclear whether this is connected to a protest by some neighbours who are opposed to the name change.

Really sad and disappointed to have been sent this today.

This follows a fantastic launch yesterday where we celebrated the life and legacy of John La Rose.

What could this ever achieve beyond mindless vandalism. pic.twitter.com/FjctjVH3fX

On La Rose Lane, about 10 imitation Black Boy Lane signs have been stuck to the outside of houses in a co-ordinated show of protest, residents explained.

Angelo, 72, a father-of-five, who would not give his last name, said he had lived on the street for 43 years and opposed the change.

He gestured to the Black Boy Lane sign glued to the outside of his house, adding: “I will keep it up, I don’t think the council can force me to take it down.

“Why they waste so much money (changing the signs) when that money could be spent in a better way?

“The council just decided to change the name because of Black Lives Matter.”

He said a fellow campaigner printed out the Black Boy Lane signs and distributed them to neighbours for free.

Angelo criticised the council’s consultation process for allegedly failing to listen to local opposition, a complaint echoed by others.

Another resident, Ian, 62, a chartered electrical systems engineer, criticised the “unnecessary disruption” caused by the change as part of a “current fad”.

On why he stuck a Black Boy Lane sign up outside, he added: “Because we moved into Black Boy Lane, object in principle for having this change foist upon us and seriously object to the complete waste of money that it’s involved.

“This is not a trivial impact on the people that live here, every organisation that you deal with has to have your address details updated.”

The town hall said the street appears to have been named Black Boy Lane in reference to the nearby Black Boy pub.

It added: “Although the historical origin of the pub’s name is not clear, during the 20th century the pub’s sign depicted a racially caricatured image of a black person until it was replaced as a result of pressure from local residents in the 1980s.”

It said the name “continues to have a negative impact on black residents and visitors to our borough due to its racial connotations”.

In a statement, Ahmet said: “I am sad and disappointed that one of the La Rose Lane Street names has been vandalised within 24 hours of us marking such a historic moment.

“We had a memorable launch yesterday where we celebrated the life and legacy of John La Rose with his friends and family present to remember an iconic figure.

“La Rose Lane makes visible a political history few people will know about because it has been rendered invisible.

“A history of struggle and resistance which transformed this nation.

“I fully understand that this is a decision that has generated passionate responses and our corporate committee took those full range of views into consideration when deciding to change the name of the road.”