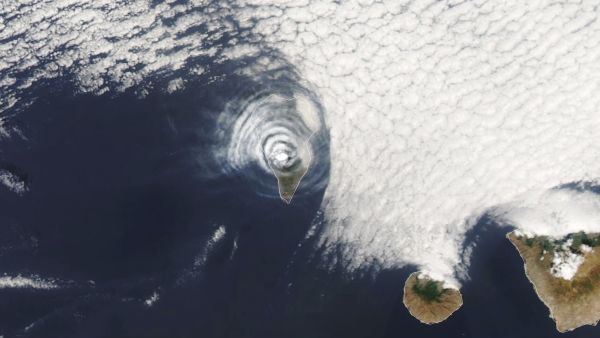 New satellite images have revealed a stunning pattern of concentric cloud rings, resembling a bull’s-eye, that was formed by the continued eruption of the volcano on La Palma in Spain’s Canary Islands.

The La Cumbre Vieja volcano, meaning “The Old Summit” in Spanish, has been erupting since Sept. 19 for the first time in more than 50 years, Live Science previously reported. The eruption has forced thousands of locals to evacuate as massive lava flows, which were visible from space, burned through farmland, roads and houses on the southwestern part of the island.

Now, satellite images captured Oct. 1 by the Moderate Resolution Imaging Spectroradiometer (MODIS) onboard NASA’s Aqua satellite show a peculiar bull’s-eye-shaped cloud formation above La Palma. Together, the volcano’s eruption plume — a mixture of ash, smoke, water vapor and other volcanic gases — and a rare atmospheric disturbance led to the circular pattern, according to NASA’s Earth Observatory.

Normally, a volcano’s eruption plume rises straight up into the stratosphere — the second layer of the atmosphere, which extends from about 4 to 12 miles (6 to 19 kilometers) above Earth’s surface to 31 miles (50 km) — forming a towering column of cloud and ash. This happens because hot air and gases rise above colder ones and the atmospheric air temperature decreases with altitude, creating a sort of invisible elevator that the plume can ride up.

However, a rare phenomenon known as a temperature inversion meant that a temporary elevated layer of hot air acted like a lid, trapping the volcano’s plume in the troposphere — the first layer of the atmosphere right above Earth’s surface — at an altitude of 3.3 miles (5.3 km). That lidforced the plume outward horizontally, according to the Earth Observatory. The trapped plume ended up creating concentric rings because of the natural ebbs and flows in the intensity of volcanic activity, which created a sort of pulse in the emissions given off by the volcano.

This unique process was also caught on camera by the Izaña Atmospheric Research Center, based on Tenerife (another Canary Island), and can be seen in a mesmerizing time-lapse video shared on Twitter.

The official name for this type of concentric cloud formation is a gravity wave, according to the National Weather Service. However, the formation has nothing to do with gravity and is completely separate from the ripples in space-time called gravitational waves.

Though experts initially thought the eruption would last only a few days, La Cumbre Vieja continues to spew lava and gases. 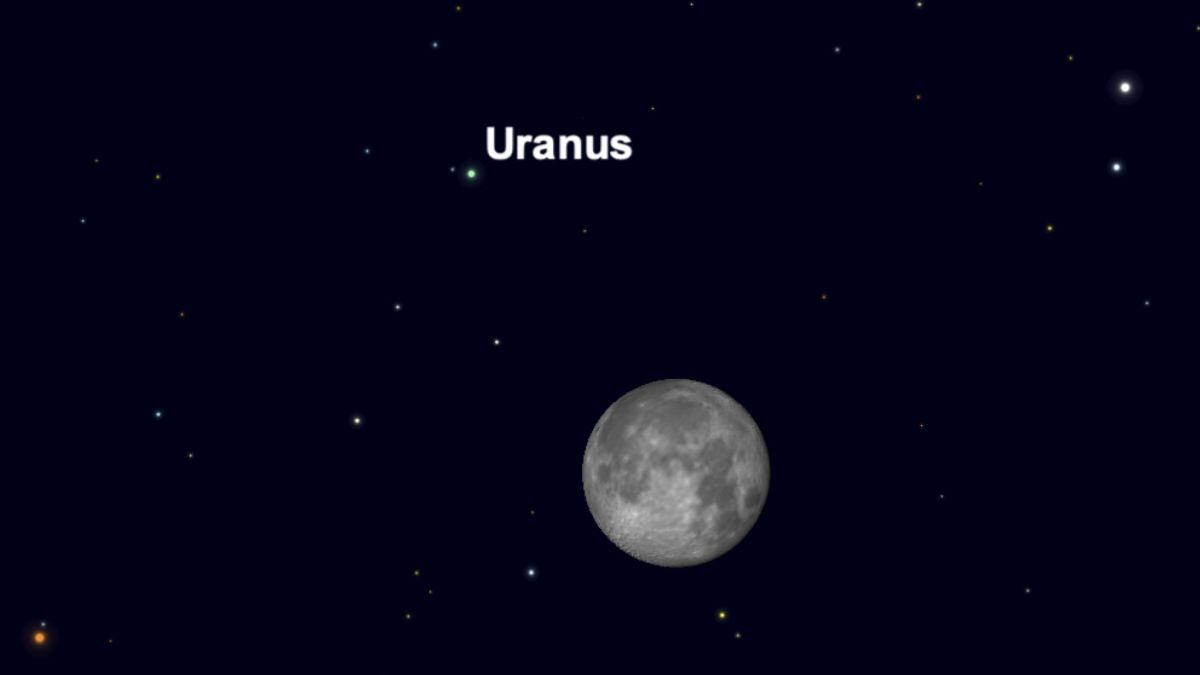