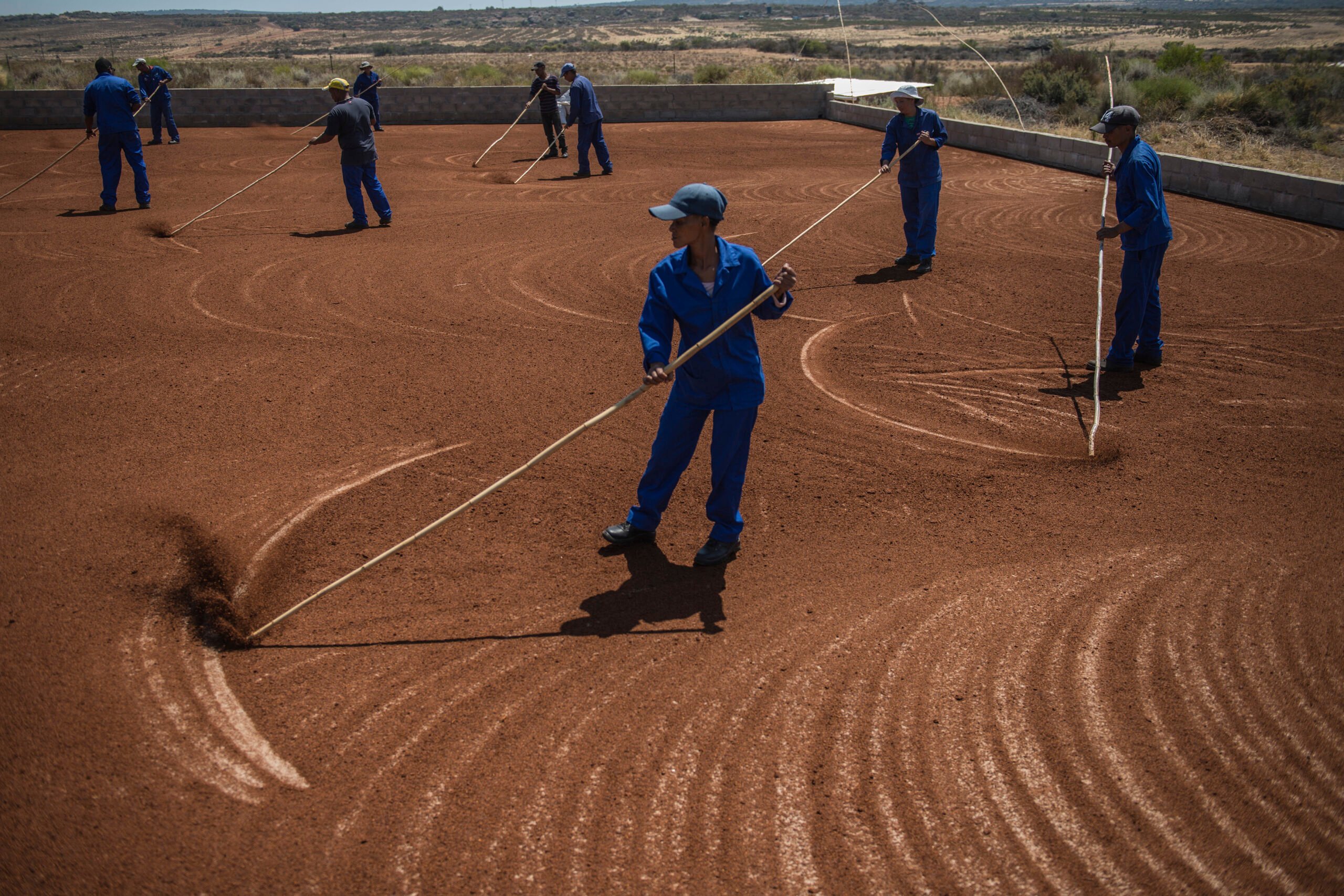 The harvest season for South Africaâ€™s world-renowned rooibos is in full swing, with tourists, mostly local, making their way to the Cederberg region in the Western Cape â€” the only place in the world where the plant grows.Â

International demand for rooibos is expected to grow exponentially, according to the South African Rooibos Council (SARC), after it recently gained the protected designation of origin (PDO) status in the EU.Â

â€œRooibos is the first African food product to receive PDO status from the EU, which identifies and links a product to a specific region, associating its quality and reputation to that area. In Rooibosâ€™s case, itâ€™s the Cederberg region â€” the only place on the planet where the climate and environment are favourable for growing Rooibos,â€ said SARC spokesperson Adele du Toit.

More than 20 000 tons of rooibos are produced in the Cederberg region. About half is exported to more than 60 countries, meaning rooibos accounts for about 87% of South Africaâ€™s tea exports. The largest importers include Japan, Germany, the UK and the US.

Rooibos is harvested in summer, between January and March, before it is processed into dry leaves, some of these then put in tea bags. Du Toit describes these months as a hive of activity in Clanwilliam â€” where the Rooibos Route beginsâ€” and where tourists can see for themselves how the plant is produced.Â

After a â€œsignificantâ€ decline in international tourists since 2020, bookings from overseas started to pick up again towards the latter part of 2021, said Sanet Stander, co-founder of the popular Rooibos Route.

â€œBut most were cancelled when [South Africa] was red-listed, so we lost out on a lot of visitors over the holidays,â€ adds Stander, referring to renewed travel restrictions that were slapped on the country with the outbreak of the new Omicron variant of Covid-19. Fortunately, the region recorded an increase in local tourists.Â

â€œThe support from local tourists has kept us afloat,â€ Stander said, adding that the Clanwilliam/Cederberg region had â€œplenty to offer all year roundâ€ and had become a popular weekend getaway destination for locals.

â€œWhile rooibos is a staple of many South Africansâ€™ daily routines, few are familiar with the fascinating process of how it is farmed,â€ Du Toit said.Â

From when small rooibos seeds are germinated and planted, it takes about 18 months before it can be harvested for the first time.

Du Toit explained: â€œThe rooibos crop is harvested once a year, from summer to early autumn. These cuttings are bound into sheaves and transported to the processing yard where they are machine cut to uniform lengths of between 1.5mm and 5mm.â€

Then the fermentation process begins: â€œDuring the fermenting process, the cut and bruised rooibos is distributed across huge drying yards â€¦ After watering [it], it is left to sweat in heaps for 10 to 14 hours at temperatures of 34Â°C to 38Â°C.â€

Then the rooibos is graded according to length, colour, flavour and aroma. Lastly, the rooibos is packed in tea bags or as loose leaves before beginning its journey to local stores or the international market.