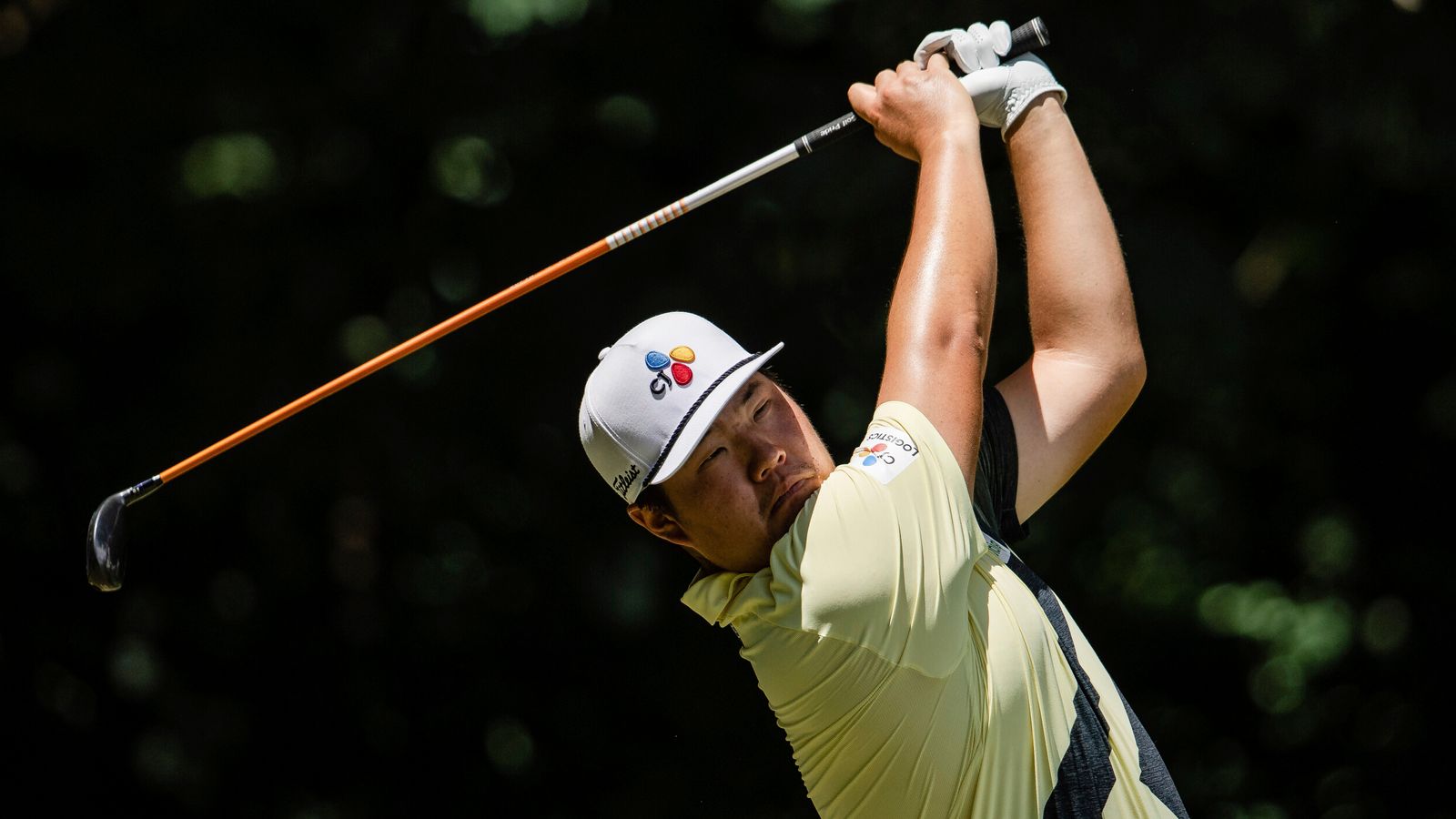 Play was twice suspended at the Wyndham Championship due to lightning;
Before the delays, South Korea’s Sung-jae Im was four-under through 11 holes to
move into a tie for the lead at 12-under. American Brandon Wu was also at 12 under, having landed an eagle two on the 11th

South Korean Sung-jae Im and American rookie Brandon Wu are tied atop the leaderboard at the Wyndham Championship, which was suspended due to dangerous weather in Greensboro, North Carolina on Saturday.

Play was suspended twice during Saturday’s third round, the first at 12.20pm (USA Eastern Time) and the second at 4.15 pm at Sedgefield Country Club.

The first delay lasted for one hour and five minutes before the round resumed.

The 74 players who have yet to complete the third round will resume on Sunday at 7.30am (12.30pm UK time). Final round tee times will consist of threesomes off split tees beginning at approximately 10.15am local time (3.15pm UK time).

John Huh and Joohyung Kim are right behind at 11-under while six players are tied for fifth at 10-under, just two shots back.

One of those golfers, Kiradech Aphibarnrat of Thailand, completed his third round with a 7-under 63 to vault up the leaderboard.

Im had carded four birdies with a bogey through 11 holes when play was suspended. Im is in search of his third victory on the PGA Tour.

Wu posted a bogey on No. 2 but then carded two birdies and an eagle on No. 11 when play was halted. Wu is in search of his first victory on tour in his 36th start.

Will Zalatoris also finished his round, recording a 66 to move into a tie for 15th at 7-under. Zalatoris parted ways with his caddie, Ryan Goble, following Friday’s second round.

“It was the toughest decision I’ve had to make in my golf career,” Zalatoris said on Saturday. “Ryan’s a brother for life. We’ve kind of had a rough month together and it was starting to affect our relationship.

“Obviously you can tell how hard this decision was on me, especially the timing of it, but I think it was just getting a little unhealthy for both of us and obviously it hurts.”

Zalatoris said Joel Stock will be on his bag through the FedEx Cup playoffs.