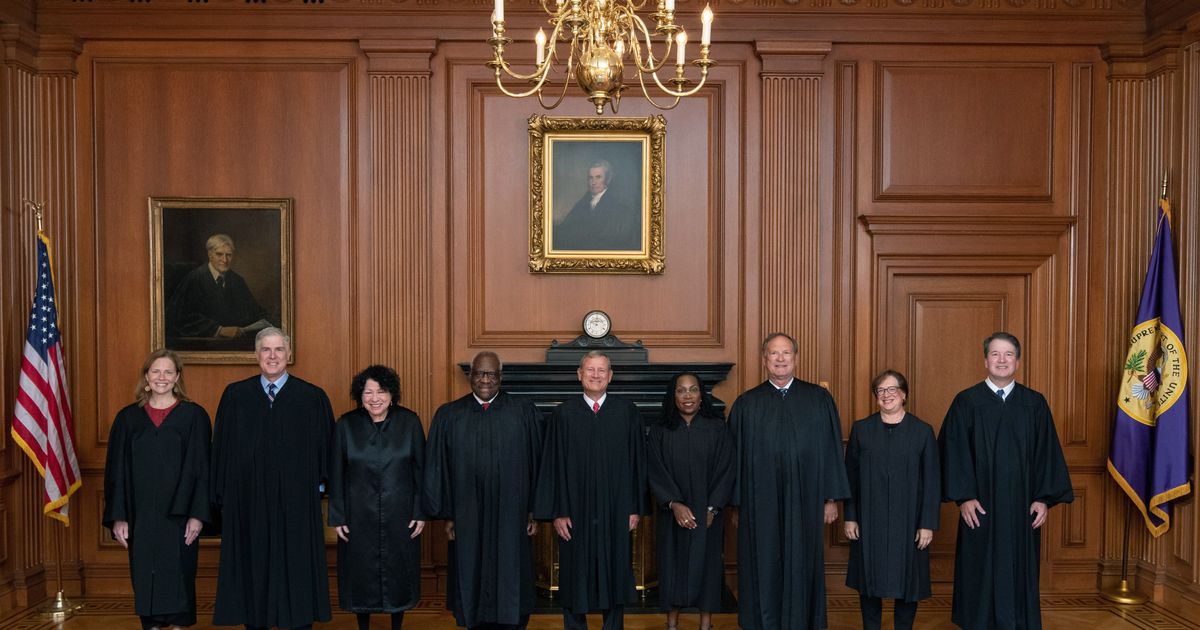 Six Supreme Court justices, both liberal and conservative, did not immediately buy the case made by the state of Alabama that the court should overturn 40 years of precedent and gut the Voting Rights Act during arguments in the case of Merrill v. Milligan on Tuesday.

In questioning Alabama’s argument, it appeared possible that the court’s conservatives may stop short of explicitly gutting the Voting Rights Act, as Alabama requested in its brief but instead effectively gut it by making it even harder to prove that a racial minority constitutes a geographically compact community.

The case hinges on whether or not states must take race into limited consideration to determine if their legislative district maps are allowed under the Voting Rights Act.

The court heard the case after Black Alabamians, representing 27% of the state population, sued the state after Republicans drew a congressional district map with only one Black majority seat out of seven. They argued that Section 2 of the Voting Rights Act demanded that Alabama draw a second Black majority seat in the historic Black Belt, named for its fertile soil and home to the descendants of enslaved people who worked the region’s plantations.

A district court panel, including two judges appointed by former President Donald Trump and one by Bill Clinton, ruled that the state must draw a new map with a second Black majority seat for the 2022 elections. The lawsuit was “substantially likely to succeed on the merits of their Section Two claims” and was not, the court said, “a close one.”

This was because the challenge satisfied each prong of the existing test approved by the Supreme Court to determine if a new majority-minority seat is required to be drawn under Section 2. In 1986, the court approved this test in its decision in Thornburg v. Gingles.

After the district court panel’s decision, Alabama Secretary of State John Merrill appealed to the Supreme Court, arguing that it should block the panel’s ruling and take up the case to hear arguments on overturning the Gingles precedent. Instead of the existing test that takes race into account sometimes, Alabama wants the court to approve a test that rarely considers race. This race-blind test would require states to draw the average number of majority-minority districts that appear in a series of algorithmically generated district maps that do not factor in race.

But Alabama’s position became increasingly murky under questioning by the justices on Tuesday.

The justices said they were unclear on what Alabama was asking the court to do in the case.

“What is the problem?” Justice Ketanji Brown Jackson asked. “We have to figure out whether you are claiming that we have to change Gingles in some fundamental way or if these plaintiffs didn’t meet [the] Gingles [test].”

Justice Elana Kagan asked whether Alabama Solicitor General Edmund LaCour, arguing the case for Alabama, agreed that “the benchmark” that Alabama proposes for a race-blind standard “has never been recognized by this court.”

In both cases, LaCour dodged the question.

“Some of your arguments that sweep extremely widely,” Kagan noted as LaCour refused to directly assert the state’s argument that Gingles be overturned or rewritten.

LaCour repeatedly evaded such questions and retreated to a different argument than the main argument made by the state in its brief to the court by saying it “should be easier to resolve [the case] on narrower grounds.”

Justice Samuel Alito tried to step in to make LaCour’s argument for him. Instead of overturning or rewriting Gingles, Alabama would like the court to make it harder to bring and win Section 2 cases by enabling limitations on the way courts define a geographically compact community in Gingles, Alito said.

Still, other conservative justices said they were confused by LaCour’s arguments.

Justice Brett Kavanaugh agreed with the liberal justices and interpreted the case as an “argument for rewriting Gingles.” He said that while he didn’t hear an argument for that, he wanted LaCour to argue better why the court should redefine the geographic compactness of political communities when considering Section 2 cases.

Similarly, Justice Amy Coney Barrett said she was “struggling in narrowing down what your argument is.”

Questioning Alabama’s case does not necessarily mean the court’s conservatives will reject the state’s arguments.

Five of the six conservative justices agreed to block the panel’s decision and take up the case. The lone conservative dissenter, Chief Justice John Roberts, wanted the court to allow the new map to be implemented but agreed that the court should hear arguments on the case.

And the court’s conservatives have long been hostile to race-conscious policies. As a staffer in Ronald Reagan’s Department of Justice, Roberts pushed hard for the administration to oppose the reauthorization of the Voting Rights Act in the form it passed in 1982. He went on to gut the act in his 2013 decision in Shelby County v. Holder.

Suppose the court conservatives side with the state of Alabama, either explicitly or indirectly. In that case, it will almost certainly lead to a significant reduction in Black and Latino political representation across the South. A study of the race-blind algorithmic approach Alabama wants the court to adopt found that such a process would “yield substantially fewer districts where minority voters are able to elect their preferred candidates.”

In Alabama, for example, it could lead to eliminating up to ten Black majority districts in the state legislature.