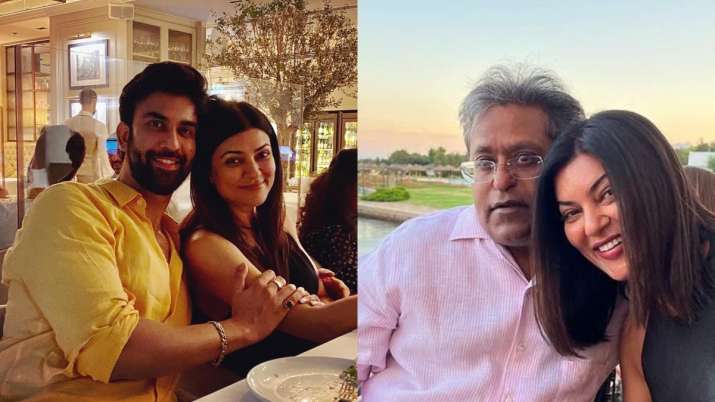 Sushmita Sen dating Lalit Modi was a bolt from the blue for many. Nobody could foresee it and hence the surprise. Initially many assumed that they are married after the former IPL chairman addressed the former Miss Universe as ‘better half’. Later, he clarified in a tweet that they are dating at the moment. While making the announcement he posted a photo of them sitting with a group of friends and family members, making everyone wonder, if their families knew about it.

Turns out, Sushmita Sen’s family was oblivious to the news just like everybody else. Reacting to the news, the actress’ brother and actor Rajeev Sen said it is a surprise for him as well. “I am pleasantly surprised. I will speak to my sister before I say anything. I wasn’t aware of it at all. My sister is yet to confirm this from her end, so, I can’t comment as of now,” ETimes quoted Rajeev as saying.

Lalit Modi on Thursday announced that he is dating Bollywood actress Sushmita Sen and intends to tie the knot with her soon. Modi had shared a series of pictures of the two on Twitter, calling the actress his better half’ and describing it as a new beginning’.

“Just back in London after a whirling global tour #maldives #sardinia with the families – not to mention my #betterhalf @sushmitasen47 – a new beginning a new life finally. Over the moon,” he wrote.

Calling Sen his better half, Lalit Modi sent their fans into a frenzy with several discussing if the two were already married.

However, he cleared the air with another tweet, saying, “Just for clarity. Not married – just dating each other. That too it will happen one day. I JUST ANNOUNCED THAT WE ARE TOGETHER.”

Lalit Modi has been in London since 2010, when he left India amid investigation into his alleged role in tax evasion and money-laundering.

Sushmita Sen, who was crowned Miss Universe in 1994, made her Bollywood debut with the 1996 film ‘Dastak’. The 46-year-old actress has two daughters — Alisah and Renee.