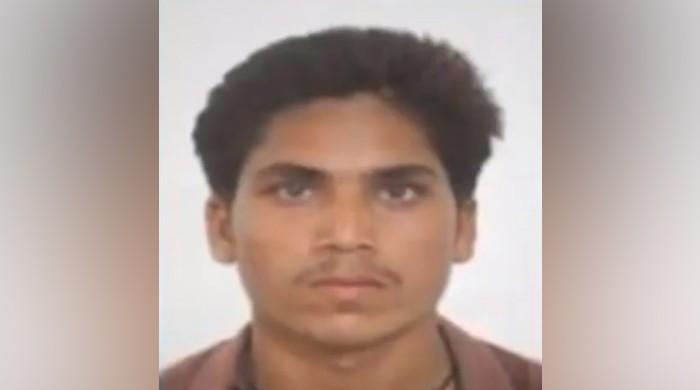 However, the key suspect Abid Ali remains at large.

The sources added that Shafqat Ali, with whom key suspect Abid used to commit crimes, confessed to gang-raping a woman when her car had broken down on the Lahore-Sialkot motorway on Sept 9 even before his DNA test was carried out.

An official DNA test of Shafqat, a resident of Bahawalnagar who was arrested from Dipalpur, would still be conducted soon, the sources said, adding that the sample taken from him has already matched the one obtained from the rape survivor.

No official conclusive DNA report has been issued yet, the sources clarified.

Minutes after news broke about Shafqat’s arrest, Punjab Chief Minister Usman Buzdar confirmed that the man’s DNA had matched with the sample obtained from the rape survivor and that he had confessed to the crime.

“Our entire team is constantly trying to arrest the accused Abid Ali, whose arrest is expected soon, God willing,” Buzdar said on Twitter.

Shafqat is the second suspected rapist apart from Abid Ali, they added, and that Waqarul Hassan Shah and Abbas were not suspects anymore.

They said Waqar claimed that Abid had links to Shafqat and his brother-in-law, Abbas, the latter of whom has been detained. Shafqat was then arrested from Dipalpur after being traced through his phone SIM card.

The DNA samples obtained from Shafqat were sent to the laboratory for testing.

According to the reports, Shafqat and Abid were at the Lahore-Sialkot motorway on Sept 9 with an intention to rob any motorist when they saw a stationary white-coloured car on the roadside. The two approached the vehicle, threatened and robbed its occupants, and then gang-raped the woman in front of her children after dragging them to a nearby field.

Police explained that apart from Shafqat’s statement, his DNA had to match as well, which is why the samples had been sent to the Punjab Forensic Science Agency (PFSA). The arrest was made with use of footprint-tracking as well as DNA samples.

The PFSA had Abid’s prior DNA records from 2013, when he had raped a woman and her daughter. The lab’s system identified him as the same rapist from more than seven years ago.

‘Abid also used to use my phone’

Abbas, Waqar’s brother-in-law who has been in police custody as well, said in his statement that he had no connection to Abid Ali.

“Abid came to us and asked for employment,” he said. “I employed him and our contact was only work-related.”

Like other labourers, “Abid also used to use my phone” and “work with me at the steel factory”, he added, noting that he surrendered himself to police and hoped to get justice.

On the other hand, Abbas’ father said his son used to work as a contractor in the steel factory and that Abid worked with him there. “Abid used my son’s phone,” he explained.

The Lahore motorway gang-rape case has sent shockwaves throughout the entire country and sparked major protests across Pakistan, with many demanding capital punishment for the perpetrators and a conversation on sexual abuse being taken up in mainstream debates.

On the other hand, the prime suspect, Abid Ali, remained at large, and police teams were conducting raids at different locations to search for and arrest him.

Waqarul Hassan, the other suspect the government of Punjab had identified in the case, had surrendered himself on Sunday at Lahore’s Model Town police station. He had claimed that his brother-in-law was using the mobile phone that had wrongly implicated him in the crime, adding that he was not involved.

It was Waqar who told police that the prime suspect, Abid, used to commit crimes along with an individual named Shafqat.

Police had earlier dispatched teams to Bahawalnagar and Sheikhupura to arrest Shafqat. Abid’s brother-in-law and other relatives had also been arrested, they had added.

Police shared on Monday that further investigations have suggested that Waqarul Hasan may indeed not have been involved, adding that a final decision on the matter will be taken after they receive the DNA report of the suspect.

Punjab Information Minister Fayyaz ul Hasan Chohan, when asked about the delay in the arrest of Abid Ali, compared the case to the 2018 rape and murder of seven-year-old Zainab.

The minister said Abid Ali had committed rape for the first time in June 2013 and a first information report (FIR) was lodged against him but he was released after some time during Shahbaz Sharifâ€™s government. He also shared that the forensic report had also been finalised months after his release.

He recalled that police have carried out geofencing of the area and have been working day and night with 28 teams on the case. He also shared that the law enforcement agency was able to identify Abid Ali â€œwithin 72 hoursâ€.

â€œYesterday, Waqarul Hassan surrendered after the police closely tracked him down. The police should be given credit where it is due,â€ said Chohan.

â€œThis is my personal opinion, not the governmentâ€™s stance, but I think the rapists should be punished publicly after fulfilling all legal terms,â€ said the minister. He added if this does not happen then a speedy investigation and prosecution should be done.

Meanwhile, speaking to Geo News, Waqar’s mother said that her son is innocent and that he decided to surrender himself after he got to know of the incident.

“If my son had done something wrong, he wouldn’t have surrendered himself,” she said. The suspect’s mother appealed to Chief Minister Usman Buzdar to ensure justice is served in Waqar’s case.

“My son is a pious and religious person, his life should be spared,” she said, adding: “He runs a motorcycle repairing shop in Qilla Sattar Shah.”

“If my son was a culprit, why would he present himself [to the law enforcement agencies],” she asked.

The mother said that she has four daughters and two sons and one of her sons was ill.

Meanwhile, Waqar’s father said that his son is not a “thief” and “works at a shop”.

He said Waqar is “innocent” and appealed to the authorities to release him.

On Saturday, Chief Minister Punjab Usman Buzdar had announced a reward of Rs2.5 million for each of the suspects if information leading to their arrest is shared. He said that the identity of those bringing forward any information will be kept confidential.

“We worked day and night and launched a probe using scientific techniques. I personally monitored the progress and directed the completion of the probe expediently,” Buzdar had said.

According to the chief minister, seven cases â€” including two gang-rape cases â€” were registered against Abid, while two robbery cases were filed against Waqar who was reportedly released 14 days earlier on bail.

Buzdar said that the culprits will be given exemplary punishment for the heinous crime.

While briefing the media about how the police identified the suspects, Inspector General of Police Inam Ghani had said, “Geo-fencing of the entire area was carried out, data was taken from the Election Commission of Pakistan, fingerprints were taken from the site, and DNA tests were conducted”.

IGP Ghani said that after the police went through the records they had gathered they got to know that Abid Ali had four SIMs registered in his name that he used on several occasions. All of the SIMs, however, were currently non-functional.

“Ultimately, we tracked down another number â€” that was not registered to his name â€” and it proved our suspicions right. Through this number, we were able to reach his partner as well,” he said.

The Punjab police chief added: “We are 95% sure that [the person we have tracked down] is his partner as his phone signals were traced to the location of the crime [at the time of the incident].”

On Wednesday night, it was reported that two robbers had allegedly gang-raped a mother of two on the Lahore-Sialkot motorway in an area falling within Gujjarpura police’s jurisdiction.

The woman, along with her children, was driving to Gujranwala when she was forced to stop at the Gujjarpura section of the motorway after running out of fuel, at around 1:30am.

She immediately called a relative and sent him her location. He asked her to also dial the Motorway Police helpline 130 from which she reportedly received no response.

In the meantime, two robbers reportedly approached the car, broke the window, and took the woman and her children to nearby bushes where they allegedly raped her in front of the children.