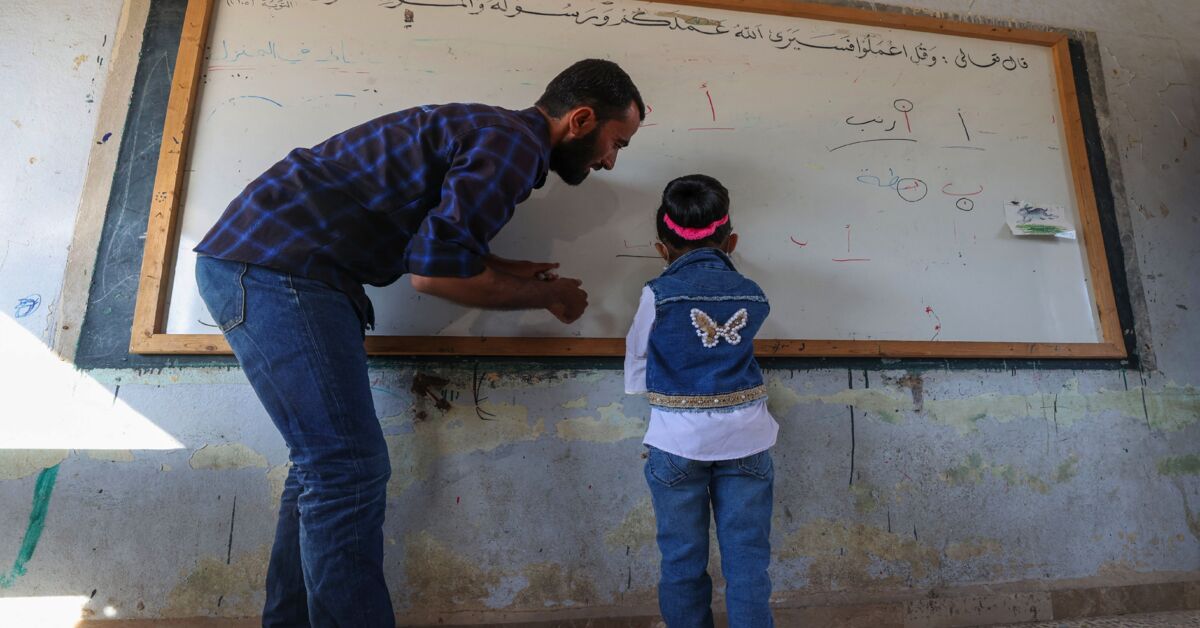 ALEPPO — Areas under control of the Turkey-backed opposition in the Aleppo countryside have in recent weeks witnessed protests in which hundreds of laborers and teachers took part.

The protesting teachers called for education reform and an increase in their monthly salaries, which are provided by the Turkish government, as their salaries are depreciating by the day amid a decline in the Turkish lira exchange rate against the US dollar. The teachers’ strike has raised concerns over the collapse of the educational process in the area.

The protests and strike started on Oct. 14 in a number of cities in the countryside of Aleppo.

On Oct. 19, al-Bab city’s local council, as well as the councils of the cities of Qabasin and Bazza in Aleppo’s countryside, threatened teachers who went on strike with having their salaries slashed and being dismissed if they continue to strike.

On the same day, a Teachers’ Syndicate was announced to organize the protest movement for teachers.

On Oct. 20 in al-Bab city, protesting teachers called for an improved education process and called teachers the “protectors of the revolution and the ones who achieve its goals.”

Activists and media professionals expressed their support for teachers on social networking sites, as religious and commercial organizations, local actors and others announced their solidarity with the teachers.

The city of Azaz in Aleppo’s northern countryside witnessed on Oct. 21 a protest to support the teachers’ strike. The strikes were held in several other cities as well, including Marea, Afrin, Sawran, Akhtarin, Jarablus and within displaced persons camps.

On Oct. 23, teachers announced in a statement they were moving to a partial strike after they were pressured by the directorates of education of the Turkish-backed local councils and threatened with dismissal if they continued their open strike.

The statement said teachers would now “shift from an open strike to a partial one, and the peaceful movement is to continue as work resumes on Oct. 25.”

Omar Laila, a spokesperson for the teachers in the displaced persons camps in the countryside of Azaz, told Al-Monitor, “Workers in the education sector are suffering from the depreciation of their monthly wages, which are no longer sufficient to cover the living costs and the needs of their families.”

On Oct. 26, the dollar exchanged for 9.55 Turkish liras, according to Doviz.com, which lists exchange rates and currencies.

Teachers in the Aleppo countryside suffer from poverty and insufficient wages, which forces them to venture into other fields, namely construction, porterage and agriculture, in exchange for low wages.

Mohammed Bakour, a teacher at a school in Marea, told Al-Monitor, “My family consists of five members, meaning I need more than 1,500 Turkish liras ($157) per month to cover my household needs.”

“I get a monthly salary of 750 Turkish liras from the school, and I have to work outside school hours in various professions, such as construction and porterage, in return for a daily wage that does not exceed $2 or $3. Otherwise, it’s just impossible to get by,” Bakour said. “Most of my fellow teachers have also ventured into other professions to make ends meet.”

Mohammed al-Mustafa, a teacher from the city of al-Bab, told Al-Monitor teachers face several challenges. “Chief among these is the low monthly salary and the failure of local educational institutions to support teachers.”

Mahmoud Qassem, a civil activist from Azaz, told Al-Monitor, “The teachers’ demands are rightful, and we must help them obtain their rights and have their salaries increased because this negatively affects the educational process. Teachers who have had to take on a second job cannot perform well at school, meaning our children will inevitably be harmed.”

The Turkish government’s support for education in opposition areas in Aleppo dates back to April 2017 after the end of Operation Euphrates Shield. Teachers would receive a monthly salary of no more than 500 Turkish liras, which at the time amounted to about $150.

In the second half of 2018, the Turkish lira fell against the dollar and teachers’ salaries were no longer sufficient to make ends meet. The first protest held by teachers demanding an increase in salaries was held in a number of areas in the Aleppo countryside in late 2018.

The Turkish government responded to the demands back then, and at the beginning of 2019, the salaries of all employees in the region — whether they worked in local councils or imams of mosques, among others — were raised. The salaries of teachers were raised by 50%, bringing them to 700 Turkish liras (currently $73) for a single teacher, and 750 Turkish liras (currently $78) for a married teacher.

In mid-2020, the Syrian opposition started using the Turkish lira instead of the Syrian pound in the areas under its control in northwestern Syria. Teachers’ salaries began to decline amid the rising prices of goods. Things got worse recently after the Turkish lira went into another dive against the dollar. 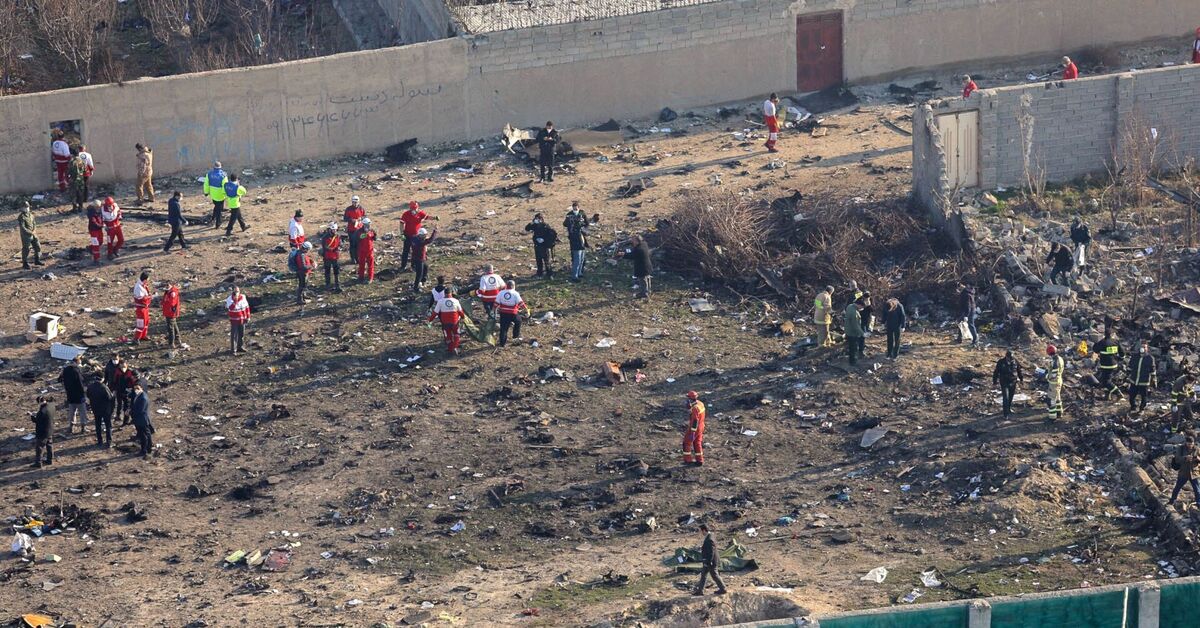 Iran willing to continue dialogue with Ukraine over downed plane

Wall Street: ‘Powell’s comments threw a monkey in the wrench’ 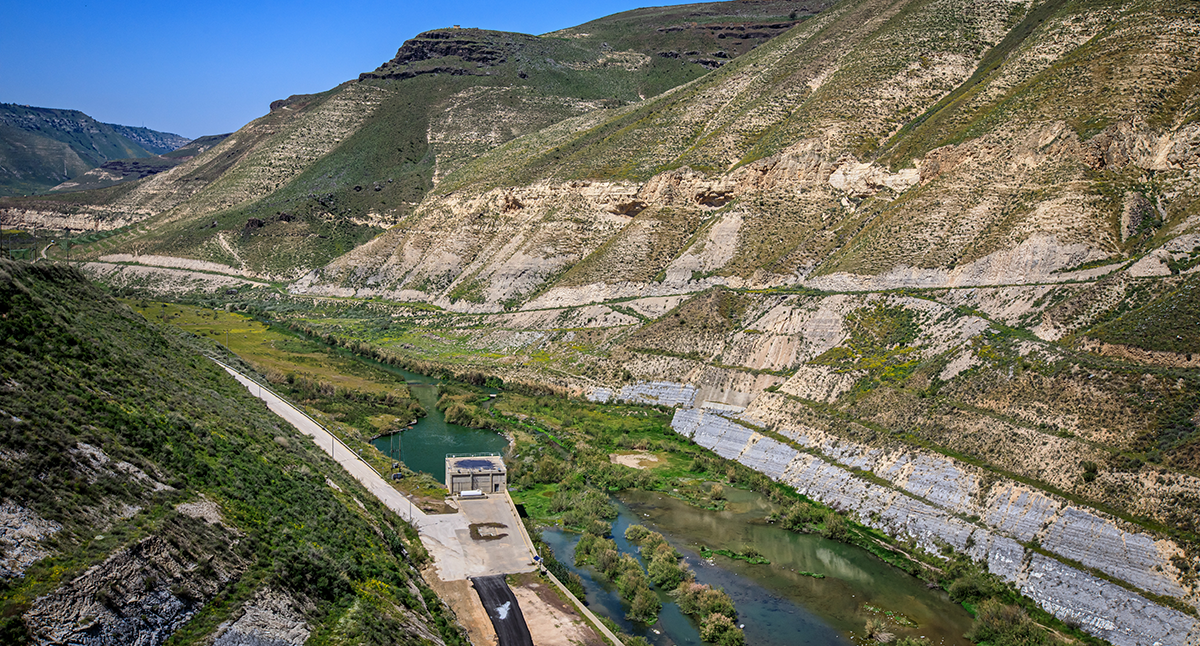