Tammy Duckworth: Trump’s Use Of Military Against Protesters Is “Disgusting” 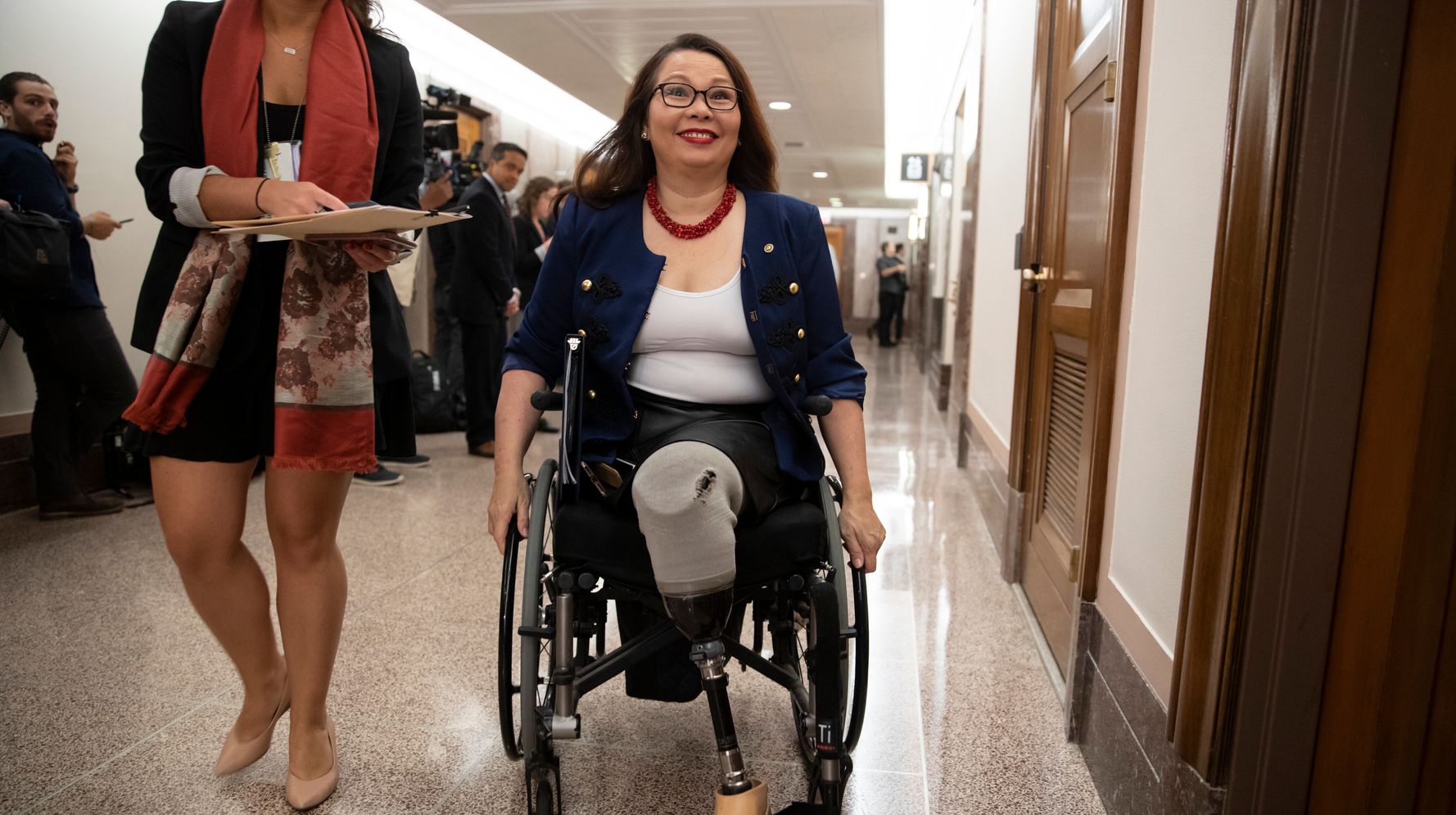 â€œThe military is not to be used against Americans,â€ the Illinois Democrat said in an interview Tuesday. â€œHe is perverting, at best, the role of the military. And heâ€™s destroying what they stand for and the honor with which they serve. It is disgusting to me.â€

Trump had military helicopters fly over protesters this week from as low as 100 feet above the ground. He also had protesters tear-gassed in Lafayette Park so he could walk out of the White House and do a photo-op holding a Bible in front of a church. (The White House has disputed that the tear gas was tear gas, but it was tear gas.) Defense Secretary Mark Esper and Joint Chiefs of Staff Chairman Gen. Mark Milley, in military fatigues, joined the president in that photo-op.

That was profoundly disappointing for Duckworth.

â€œWhat were they doing there?â€ she asked. â€œFor a photo-op in front of a church that has nothing to do with the military? Where people are talking about excessive use of police force, what were military leaders doing there?â€

Duckworth had more choice words for Esper and Milley at a Senate press event earlier Tuesday: They were â€œwalking along like lap dogs behind a draft-dodging wannabe tinpot dictator. … How dare you politicize our military.â€

After taking heat for the photo-op, and after one Pentagon adviserÂ resigned over it in disgust, Esper said Wednesday that he didnâ€™t know he was going to a photo-op. Milley hasnâ€™t said anything about it, though a senior Defense official said Wednesday he also didnâ€™t intend to participate in a photo-op.

Even if they didnâ€™t intend to take part in a completely inappropriate photo-op, could they have said no? Trump is, of course, the commander-in-chief.

â€œThey can say no,â€ said Duckworth, who sits on the Senate Armed Services Committee. â€œThis is when you stand up. … Both of those men promised me [during their confirmation hearings] that they would resign before they executed unlawful orders.â€

The Illinois senator also took aim at West Point officials who did not say no to Trump when he abruptly announcedÂ last month that he would be speaking at the military academyâ€™s graduation ceremony, which hadnâ€™t even been scheduled. The presidentâ€™s appearance required bringing nearly 1,000 cadets back to campus for the ceremony, now set for June 13, testing them for the coronavirus and then isolating them for 14 days in rooms with masks.

At least 16 cadets have tested positive for the virus since coming back to school. USA Today reported that 14 of them tested positive for antibodies, meaning they had already had the virus and recovered from it. Even if the number of infected cadets is incredibly low, itâ€™s still not acceptable that West Point is moving ahead with its ceremony, said Duckworth.

â€œEven if you donâ€™t care about the troops, what about all of the people supporting them?â€ she said. â€œThey do not have to put 1,000 cadets into a single space in order to listen to Trump give a speech. You could have done this in a very responsible way to bring people back, where youâ€™re only exposing a fraction of the student body at a time so that they can pick up their gear and report to their next duty station.â€

Can the commandant at West Point really say no to the president, though?

â€œHe could say no, and then he would probably have to resign his post,â€ Duckworth said. â€œThe commandant at West Point, not a single one of these guys are doing it.â€

She added, â€œAt a certain point, youâ€™re the big boys wearing the four stars on your shoulders. Youâ€™re the big boy sitting in that Secretaryâ€™s office. Youâ€™ve got to be able to stand up and say, â€˜This is not right.â€™â€