Team of the week: The best Super League and NRL players from the weekend 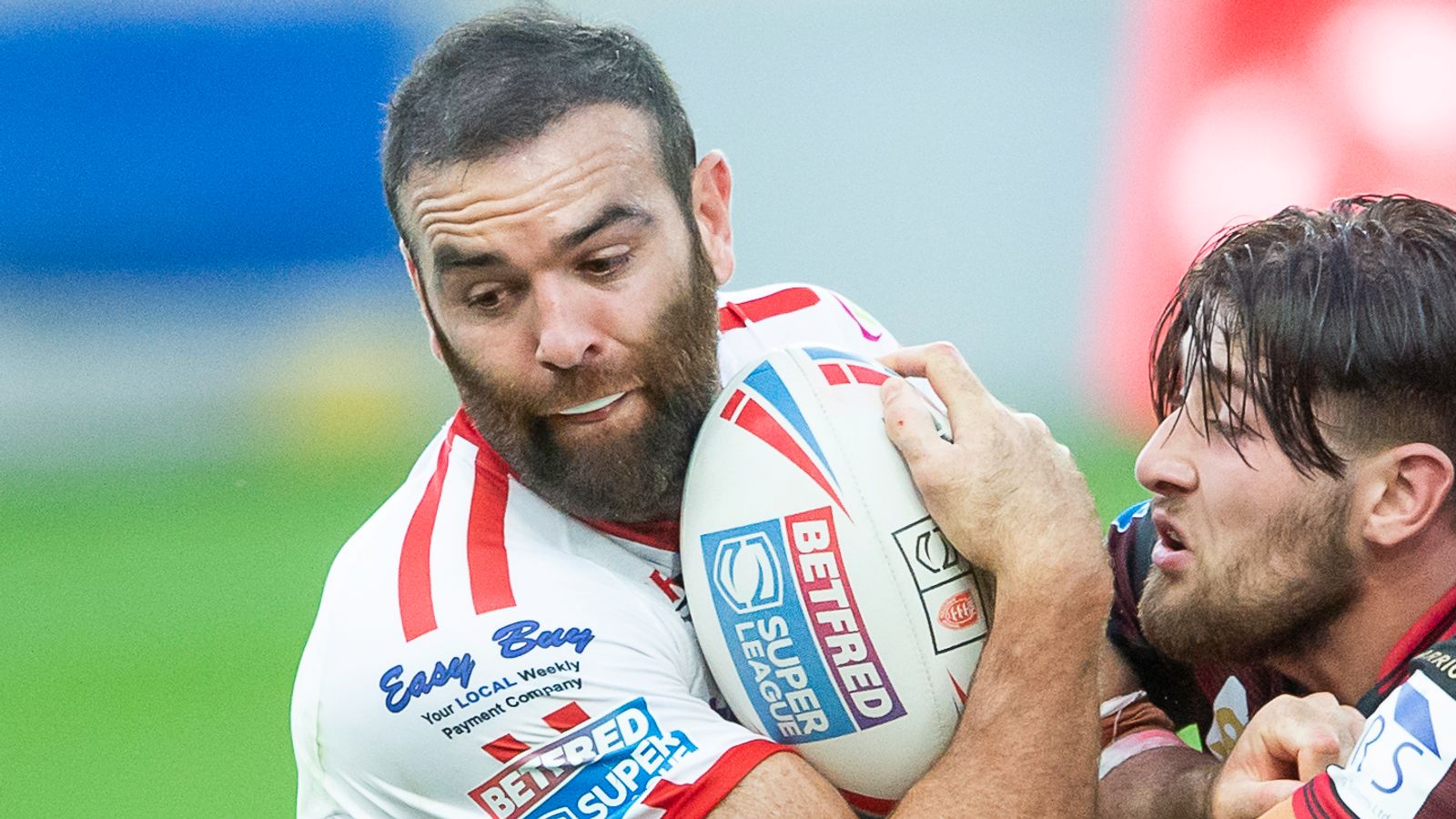 The full-back came in for some rough treatment in Newcastle’s 38-10 win over Cronulla Sharks, including being the victim of a shoulder charge which saw Chad Townsend sent off, but still played a starring role.

Ponga ran in a hat-trick of tries, made 13 – count them, 13! – tackle busts, broke the line four times and made 184 metres, along with assisting another line break as the Knights boosted their hopes of a top-eight finish in the NRL.

The Welsh winger maintained the fine form he has been in since the resumption of the Super League season, running in two tries as Saints made it five wins in a row with a 54-6 win over Huddersfield Giants.

Grace made a total of 233 metres with the ball in hand as well, along with busting four tackles and making two initial breaks.

The Scotland international was named man of the match as Hull KR sprang a surprise by beating high-flying Wigan Warriors 34-18 on Thursday.

Linnett made 158 metres and one initial break, as well as four tackle busts, and was on hand to assist one of his team’s tries.

Two tries from the Australian centre helped set Warrington on course for a 37-12 win over Hull FC in Friday’s Super League match.

Mamo also covered 117 metres with the ball in hand and busted seven tackles.

The winger led the way for Rovers with a hat-trick of tries as they overcame Wigan in Thursday’s top-versus-bottom Super League clash.

The half-back was at the heart of the action for Rovers in the victory over Wigan, setting up three of his side’s six tries.

Abdull made one tackle bust as he carried for 77 metres too, and also kicked one conversion.

Another assured display in the halves for Castleford saw Richardson help his side to a 37-30 win over Salford Red Devils in a thriller on Thursday evening.

Richardson scored one try and assisted two others, kicked six conversions and drop goal, and carried for 77 metres with four tackle busts.

Always a commanding presence in the pack for Saints, Walmsley capped another strong display with a try in the victory over Huddersfield.

The prop provided one assist as well, along with carrying for 160 metres and making eight tackle busts. He also came up with 23 tackles in defence.

The Man of Steel leader underlined his status as one of the stars in Super League so far this season, scoring two tries and assisting another in the win over Salford.

McShane also carried for 106 metres, made seven tackle busts and put in a good defensive effort with 33 tackles.

Named man of the match in the Wolves’ victory over Hull FC, Cooper led from the front with a try and an assist.

As well as those, the 31-year-old carried for 176 metres and made six tackle busts, plus effected 34 tackles on the defensive side.

The 23-year-old put in a strong performance in the second row to help St Helens go top of the table on points difference.

Bentley carried for 113 metres, made one initial break, six tackle busts and provided an assist. Along with that, he made 38 tackles.

The second row played an important role in both attack and defence as the Tigers triumphed in a see-saw contest with Salford.

McMeeken made 36 tackles on the defensive side, carried for 155 metres, made one tackle busts and scored a try.

The back row put in a huge defensive effort to help Hull KR defeat Wigan, making 50 tackles during the match at Headingley.

Minchella made some important contributions in attack as well, scoring two tries and making five tackle busts as he carried for 132 metres.