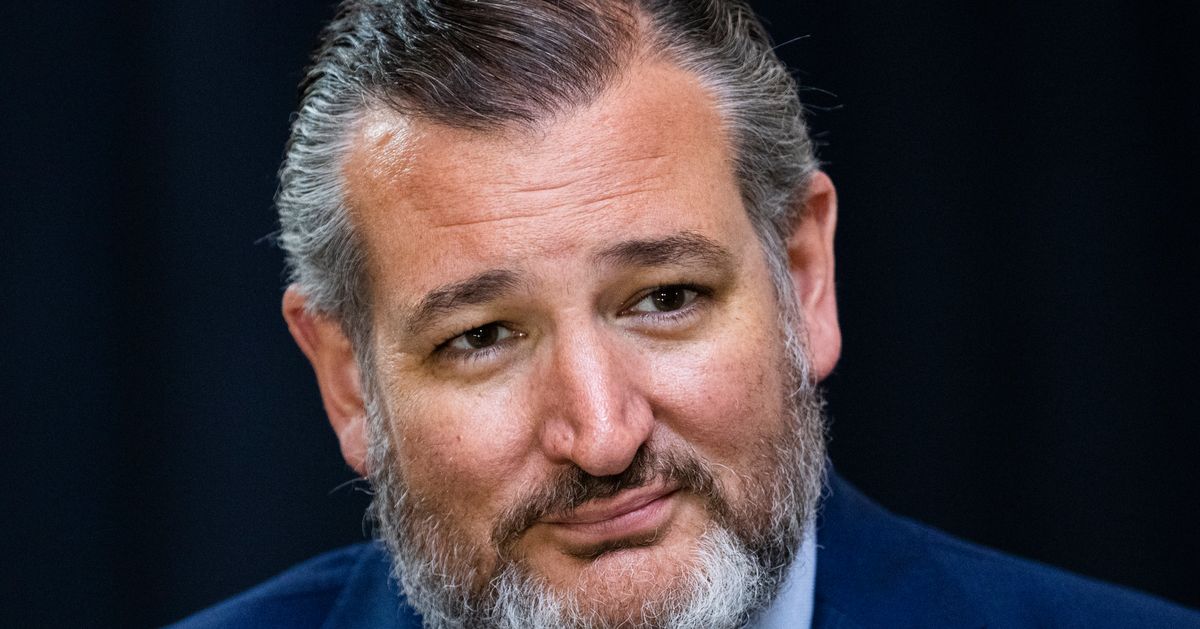 Sen. Ted Cruz (R-Texas) is commending Republican governors for sending migrants across state lines to Democratic-leaning areas, a move he then said could lead to an arrest.

Cruz praised Texas Gov. Greg Abbott and Florida Gov. Ron DeSantis on Friday for transporting migrants by bus and plane to heavily liberal cities and communities such as Washington and Martha’s Vineyard in Massachusetts.

Cruz told Fox News host Sean Hannity that Martha’s Vineyard should be sent 1,000 more migrants and that Washington should get 500,000 more.

Hannity then asked Cruz, a lawyer who graduated from Harvard Law School, a hypothetical: “Let’s say I went down to the border and … picked up a bunch of illegal immigrants, and I started transporting them across the country. Would I … be arrested for human trafficking?”

Cruz, who seconds before encouraged sending more migrants to different locations in the U.S., cautioned against the move.

“For you [Hannity], a citizen, you could easily be arrested — although to be honest, Joe Biden’s Justice Department wouldn’t arrest you,” he said.

You can watch a clip of the senator’s conversation with Hannity below.

Hannity bizarrely gets Ted Cruz to admit that transporting migrants across state lines is illegal and would result in his arrest for human trafficking if he did it pic.twitter.com/uW7tZlQf7g

The legality of the governor-backed migrant trips remains unclear to experts, according to The Washington Post.

The question comes down to “whether there is any provision which gives immunity to government officials to move people who entered the country illegally,” Bridgette Carr, a law professor at the University of Michigan, told the newspaper.

“I would be curious if that immunity extends beyond federal officials,” said Carr, who noted that the U.S. Border Patrol can transport migrants.

Another expert, Boston University professor Sarah Sherman-Stokes, said there are questions about whether DeSantis was acting in a personal capacity or as a governor.

If migrants were misled or sent on the trips against their will, that would be “perilously close to human trafficking. But it’s not clear to me … that it’s more like human trafficking or like smuggling,” she added.

“DeSantis is exploiting them for political gain, but I’m not sure that rises to the level of human trafficking,” Sherman-Stokes said.