Teen backed for refusing to let step-sister into his room: “Uncomfortable” 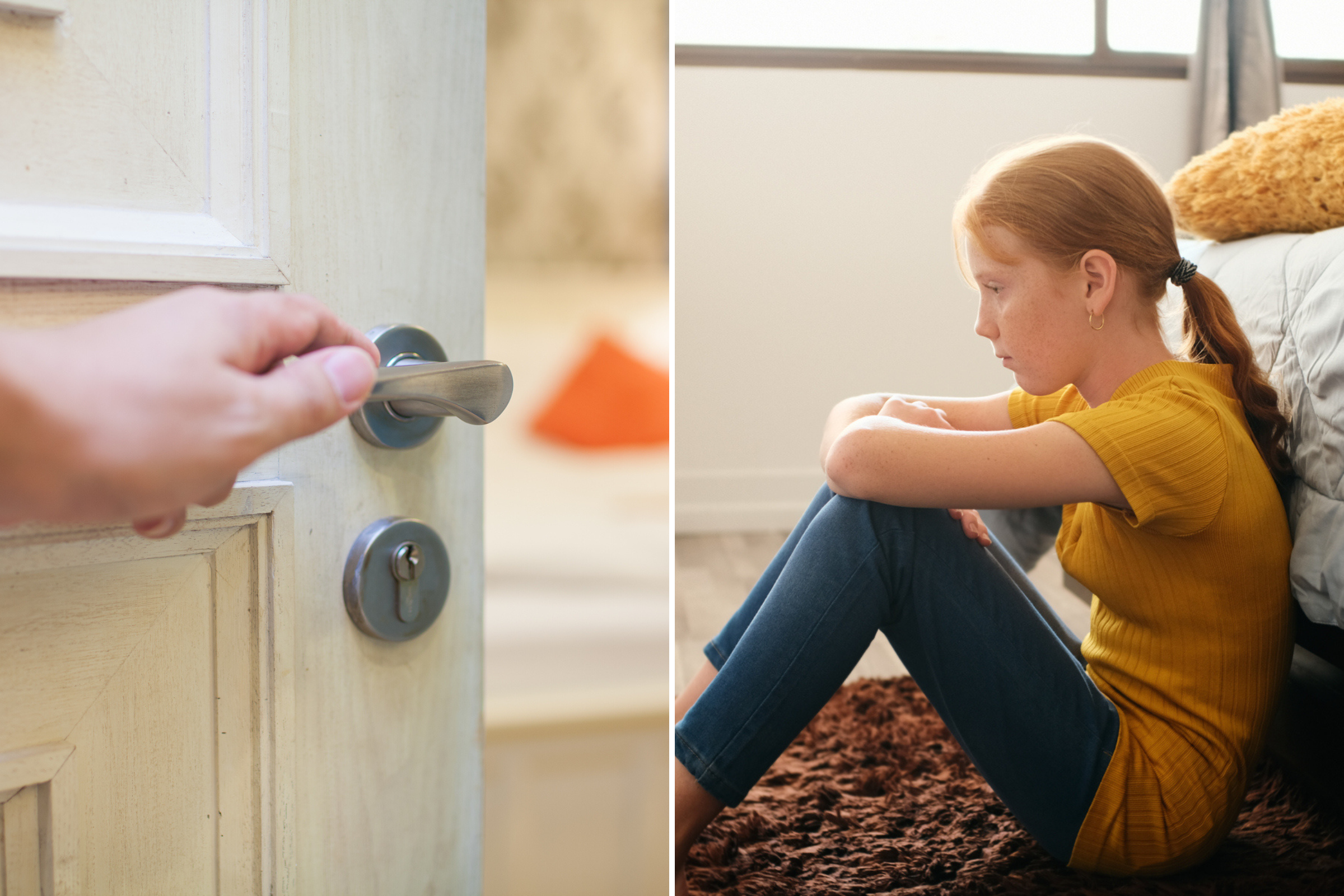 The internet has sided with a teenage boy after he shared how he refused to open his locked door for his step-sister.

In a post on Reddit‘s popular r/AmITheA**hole forum on Sunday, user u/AITA_lockedlock explained how his 14-year-old step-sister is currently dealing with a traumatic event six months ago and is afraid of being alone.

Autophobia—sometimes referred to as monophobia—is an acute fear of being alone. The Cleveland Clinic reports that an estimated one in 10 American adults suffer from the phobia and one in five teenagers will deal with autophobia at some point in their lives.

Phobias often start in childhood, and some people can trace their fear of being alone to a specific negative or traumatic experience, including witnessing an incident without support or being separated from a loved one.

For most people, therapy and medical support can help them to overcome autophobia, with common treatments including cognitive behavioral therapy (CBT) and anti-anxiety medications to support sufferers while they overcome their fears.

With thousands of upvotes and over 900 responses, the post has captured attention online, where the 16-year-old explained: “We’ve never been close and since I don’t spend much time at my dad’s we don’t interact much. We would fight sometimes though, because she’s always been prone to go into my room and take my things or just spend time there, even when she knew she was not allowed.”

Because of his younger step-sister’s insistence on going into his room, his dad had installed a lock on his bedroom door, but since the girl suffered the traumatic event earlier this year, things have become more difficult.

“Even since what happened to her she has begun to go into my room at random times, usually when both our parents leave for something and we’re left alone, and do small talk or she sits on my puff,” explained the Redditor. “It’s rather uncomfortable for me, I’m trying to be sympathetic for her, but as I said, we’ve never been close and to be honest, I’m not used to people just coming into my room and trying to spend time with me.”

The boy explained that two or three weeks ago, his step-sister had come into his room and sat down before starting to sob: “I asked what was wrong a few times, but she doesn’t answer and I basically have to leave my own room until she finishes,” he explained: “I told my dad about this and he told my step-mom and my step-sister’s therapist, my dad promised he’d talk to her too and while this didn’t happen as often, it still happened and I was growing tired, so I just started to lock it.”

But things had become more heated when their parents went out and the 14-year-old knocked on her step-brother’s door: “I asked again if she needed something and she said no, and again, I said I was busy, then she asked me to please let her in but to be honest, I was really tired and didn’t want to have her there sitting and sobbing, so I said no,” explained the poster.

When their parents returned and saw the girl outside of the bedroom, the teenager’s step-mom was upset: “My step-mom called me the biggest a**hole because I should care more for her and that if she knocks I have to open the door for her, always,” he said: “It made me sad because I’m not being rude or anything and my dad asked me to go to my room for the rest of the night and that he’ll bring me food over.”

Turning to the internet for advice, the poster asked if he was in the wrong for setting the boundary with his step-sister, and in hundreds of comments, other Redditors rushed to share their thoughts.

“I don’t think you are an a**hole,” said one commenter. “We are a blended family (my husband and I have three sons between us) and, fortunately, they get along great and are best friends. Even so, they sometimes need space from each other – I think everyone does at times.”

Another commenter felt strongly that it was not the boy’s responsibility to care for his sister and said: “Tell them that it is not your job to care for your step-sister’s trauma. If she cannot be left alone, her mother will have to hire a caregiver for her when they go out. It is unreasonable for them to expect you to be her therapist.”

“Your step-sister is not respecting your boundaries, no matter what her reasons are. Your parents need to understand that this isn’t fair to you,” said another reply.

Another Redditor wrote: “If your dad and step-mom don’t want her to be left alone, they need to not leave the house. She’s not your responsibility.”

“Take a break from going to your dad’s,” suggested another reply: “You’re a child, not a therapist or trauma expert it’s not your job to let her come into your room and cry. You’re entitled to your privacy and you’re also entitled to not do things that make you uncomfortable.”

Newsweek has reached out to u/AITA_lockedlock for comment. We were unable to verify the details of this case.

If you have a similar family dilemma, let us know via life@newsweek.com. We can ask experts for advice, and your story could be featured on Newsweek.