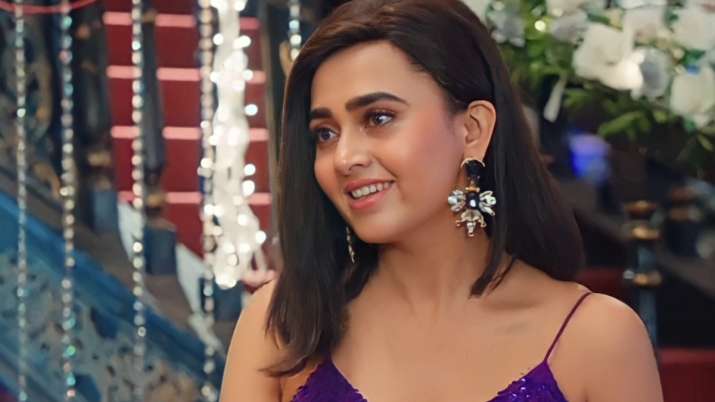 Tejasswi Prakash winner of Bigg Boss 15 has been making a buzz ever since she returned from the reality show after winning the trophy. Either for her relationship with Karan Kundrra or her looks, and most recently, her exaggerated accent in Naagin 6. To portray the character of a foreign-returned lookalike of Pratha (the lead character of ‘Naagin’ played by Tejasswi), she changed her accent to sound like an NRI from London, but it got so exaggerated that many of her fans trolled her for it and others made fun of it.

In fact, Bollywood actress Janhvi Kapoor also made a reel reprising the character and shared it on Instagram which made her fake accent more viral.

Though in a recent interview, Tejasswi pointed out that it was all meant to make her fans laugh and also to educate them and if it is going viral her purpose is served.

This video grabbed a humongous number of eyeballs and while speaking to a YouTuber Janice Sequeira, Tejasswi said: “I wasn’t following any accent, it wasn’t legitimate. I just wanted to make it sound extremely funny. And if people found it funny, that’s great.”

“Whatever sells. In a time when there are such good things being made, with everything nice and it doesn’t work. My show is working even when not everything happening in it makes sense. You do it convincingly and it sells.”

Also read: Koffee With Karan 7 Ep 10 on Disney+Hotstar: How & when to watch Katrina, Siddhant, Ishaan on show

The hilarious video and speaking style in the show has became talk of the town. Now, the show has taken a leap and Pratha’s twin daughters have made their entry. It has to be seen how Tejasswi woos her fans once again and what new she brings in her look and character.

Also read: Did Samantha’s father just break his silence on her divorce from Naga Chaitanya in latest FB post?