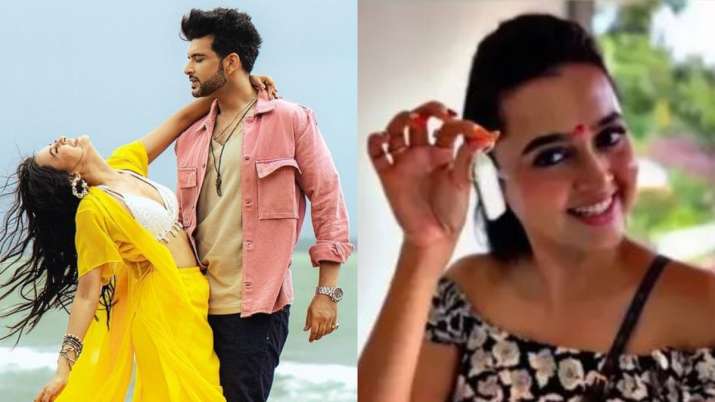 Tejasswi Prakash and Karan Kundrra are one of the most loved couples in the entertainment industry. The duo has garnered a massive fan following ever since the day they both stepped out of the Bigg Boss house. Their fans lovingly call them TejRan. After buying a luxurious Audi Q7, Tejasswi has bought a new home in Goa. The actress is on cloud nine as on Monday she received the keys to her new house. She couldn’t be happier as her boyfriend Karan Kundrra accompanied her. Karan took to Instagram and shared a glimpse of Tejasswi accepting the keys and having sweets as she walks into her new apartment. Alongside the video, the actor also penned a cute note reading, “Congratulations baby, you deserve the world. I am so proud of you. You little hard-working mouse. May you have homes in every city you love.”

In the video, Tejasswi can be seen flaunting her house keys as Karan records the video. Check out the video below: