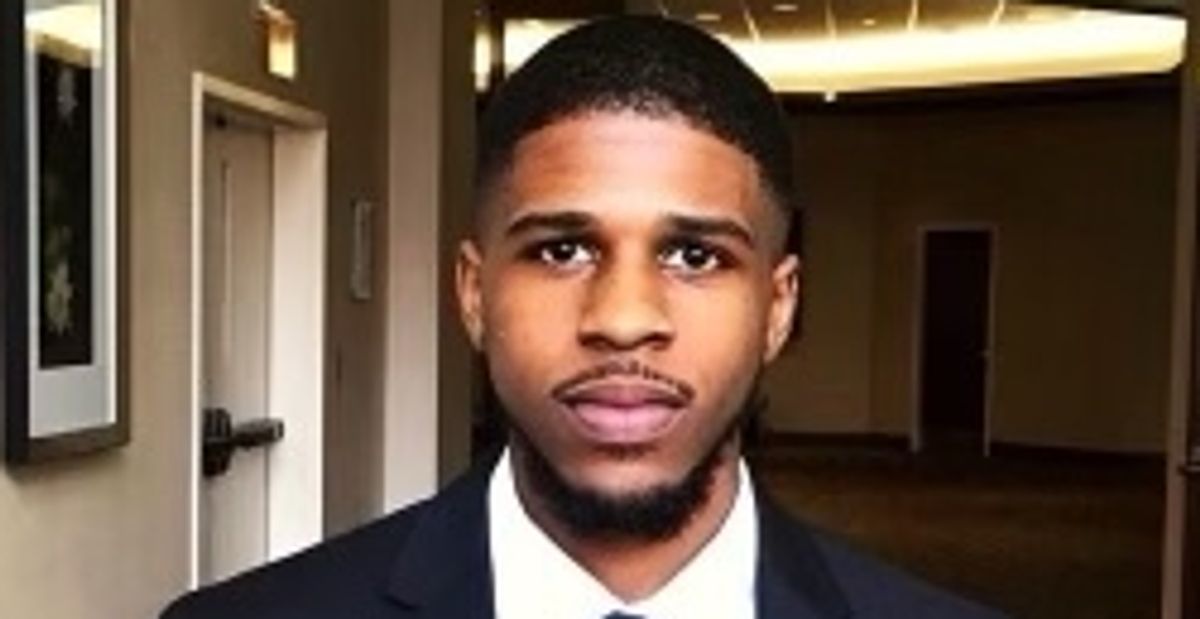 A Tennessee police officer who was involved in the brutal arrest and beating of a young Black man in a small town in July had a documented history of excessive force and other departmental violations in at least two other law enforcement agencies, according to records obtained by HuffPost.

Police initially stopped Calloway for a minor traffic violation, and chased Calloway after he fled to his father’s home. Richardson is seen on camera striking Calloway with his baton. Calloway required stitches in two areas and other injuries throughout his body.

Richardson has been placed on leave, but is still with the department. But the records uncovered by HuffPost show this is hardly the first time he’s come under scrutiny by his superiors: The files describe an officer with repeated documented instances of physical violence over a long career spanning multiple departments, stretching back to his police academy training in 1991. Richardson’s rocky personnel record includes incidents of excessive force during arrests, on-duty personal misconduct and inappropriate behavior with women, including one episode where he had consensual sex in his cruiser with a woman with whom he was having an extramarital affair.

Richardson was only with the Oakland Police Department for two years before the controversial incident with Calloway. He cleared a departmental background check on May 26, 2020, files show.

Attempts to reach Richardson through the police department and family members were unsuccessful. The Oakland Police Department did not respond to HuffPost’s questions for this story, namely how an officer with such a problematic past was hired by the department.

But Calloway’s lawyers are demanding answers. “Based on our initial review, there are major concerns with Officer Richardson’s employment background in law enforcement,” said Andre Wharton, the family’s attorney. “As we believed all along, this situation was preventable and the documents reviewed reinforce this unfortunate reality.”

Richardson was reprimanded by his superiors in several different instances during his tenure working with the Memphis Police Department and the DeSoto County Sheriff’s Office in Mississippi.

When Richardson entered the Memphis police academy in October 1991, he encountered trouble right away due to frequent absences and failing grades, according to police records. Richardson had five failing grades and a cumulative grade point average of 1.8, which was considered “deficient and must be improved” to meet the minimum standards of a 2.0.

He nevertheless became a police officer after eventually meeting the minimum standards.

In the ensuing years, he racked up a series of infractions of various department policies—mostly during his time as a Memphis cop.

In 1995, Richardson was disciplined for “rough or careless handling of city or department property” after he slammed on his brakes after pulling in front of a vehicle — causing the car to strike his patrol car. Richardson alleged that the tags the vehicle had were stolen, but it was later discovered that the tags were not stolen, records show. Richardson received an oral reprimand and had to attend driving school.

The following year, Richardson was disciplined for “neglect of duty” when a man alleged that Richardson and his partner “failed to investigate” his call that he had been shot at and his car was stolen. After an internal review and investigation, the charge of neglect of duty was sustained and Richardson was issued a written reprimand, according to documents from his personnel file.

Those early violations didn’t involve physical violence, but that changed in November 1998. According to his personnel files, Richardson continued pursuing a man on a motorcycle after his supervisor called off the chase. Richardson then arrested the person “without permission,” according to the files, and failed to document the arrest on his log sheet. Richardson later admitted he struck the motorcyclist “several times” while he was on the ground. Richardson was suspended without pay for five days for unnecessary force, leaving a duty assignment, personal conduct and violation of completing official incident or arrest reports

Richardson was suspended again in July 2002, for three days, after he slapped a person he was in the process of arresting for driving under the influence. Richardson also placed handcuffs that were allegedly too tight on the person, causing damage to the person’s wrist — an injury Richardson failed to report to his superior.

Richardson was suspended again for 10 days without pay in 2005 for working another job at a grocery store while on sick leave with the police department.

Three years later, Richardson was involved in a domestic dispute with a woman with whom he was allegedly having an affair. She would later allege that Richardson used his patrol car to bring her to secluded areas to have consensual sex. The woman also said Richardson would bring his K-9 into her home and stay for hours at a time.

All of these actions were unauthorized, police records say.

After the alleged domestic violence incident, the woman contacted Richardson’s wife. When Richardson was confronted by his wife, he sent the woman with whom he had an affair vulgar messages calling her names. He also threatened to go to a church and share explicit images he took of the woman to cause her embarrassment, police records say.

The woman reported all of this to the police. Richardson’s wife later texted the woman she was struck in the face by Richardson as a result of the dispute. A sheriff’s department report was filed and he received a two-day suspension from the department as a result.

Years later, Richardson was reprimanded again for damage to motor vehicles after he backed his vehicle into a water fountain in April 2013, while still being employed by the Memphis Police Department.

Richardson began working with the DeSoto County Sheriff’s Office in Mississippi in September 2016.

Records from the DeSoto County Sheriff’s Office in Mississippi stated Richardson’s work performance began to “deteriorate” due to family-related stress, and he was performing at an “unacceptable level” by his fourth year. In one instance in April 2020, Richardson was disciplined and given the option to face termination or resign because he parked his patrol car and stayed at his grandmother’s house following a deputy-involved shooting to which he was supposed to respond.

Officer Deon Jackson, who Wharton also says was present during the arrest, did not have any history of department violations or excessive force, according to police records.

Richardson was relieved of duty but is still employed by the town of Oakland. Body camera footage and dash camera video of the incident have not been released.

The investigation into Calloway’s arrest is still ongoing.