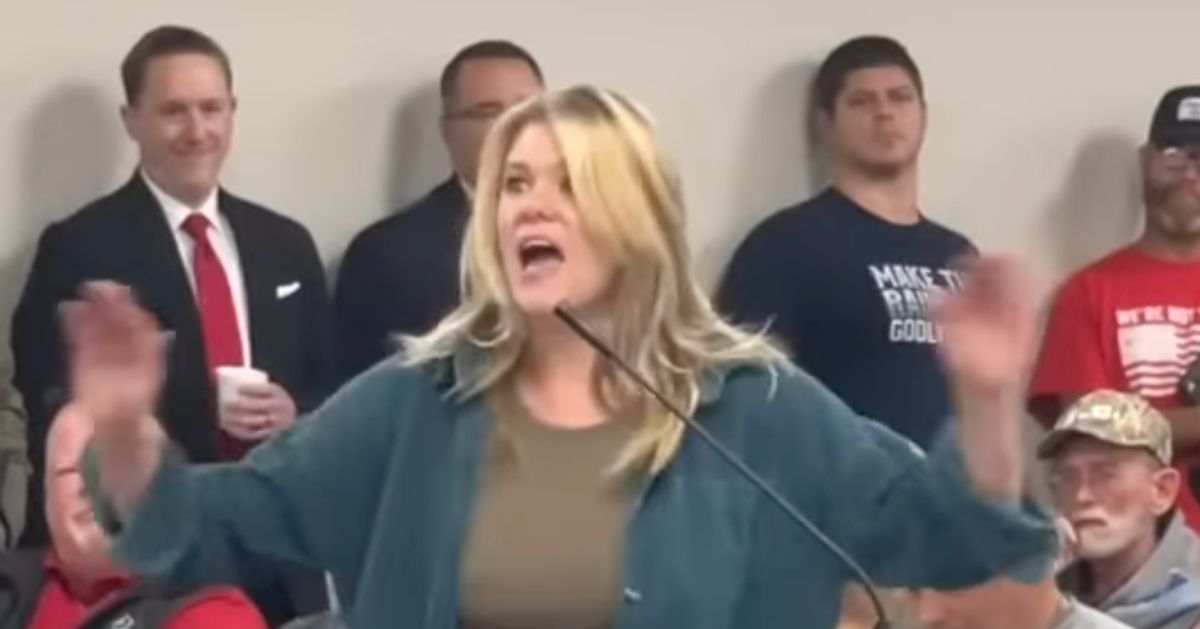 A Tennessee woman has gone viral for her impassioned speech defending the LGBTQ community at a county board of trustees meeting last week.

Jessee Graham, a mom of four from Columbia, gave the fiery address to the Maury County Board of Trustees in response to the resignation of the county’s public library director, Zachary Fox, at last Wednesday’s meeting.

Fox resigned after months of backlash from certain community members over the library’s Pride Month LGBTQ book display. He also upset some people by hosting a family-friendly drag brunch last year at a brewery he runs.

Fox, who ran the library for three years, was targeted by a right-wing bullying campaign as a result, The Daily Beast reported.

“I’ve never been sexually assaulted at a drag show, but I have been in church, twice,” Graham told the board. “The men in that church told me it was my fault.”

She denounced the “vile and disgusting” homophobic rhetoric taking root in the county. “I’m sick of it!” she said.

“They haven’t done anything to anyone,” Graham continued, referring to the LGBTQ community. “I am so sick of listening to this weird, fake pious crap about Christianity being the reason behind, ‘We have to protect the kids.’”

“Jesus didn’t go anywhere and condemn people!” she said. “He did not ever walk into any place and spew hatred and lies and completely annihilate a group of human beings who just want to exist.”

“It is child abuse to immediately tell your child that he is wrong for feeling like he doesn’t belong,” she added.

Critics of the Pride Month display were reportedly unhappy that the LGBTQ books were in the same vicinity as the part of the library where children’s books were kept, as well as an area where a children’s free lunch program was taking place.

In social media posts, opponents suggested the display was a threat to children and attacked Fox for supposedly pushing a “Gay Pride Month agenda” to minors.

The library board accepted Fox’s resignation, though it unanimously supported him staying on as director.

Throughout Graham’s speech, attendees at the meeting were heard applauding and cheering her on. Various videos of her remarks on social media have each been viewed over a million times.

The incident is just the latest example of tensions in local communities as conservatives wage culture wars over education on history and identity issues relating to racial minorities and LGBTQ people. Republicans and right-wing activists have worked to ban books and teachings about those groups and the history of their oppression in the United States, and to portray the existence of LGBTQ people and drag performers as somehow explicitly sexual and inherently threatening to children.