Terror incidents may rise in Pakistan in next two months, fears Sheikh Rasheed 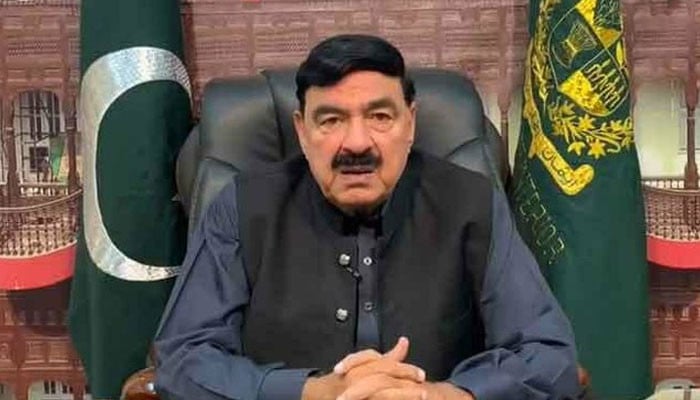 ISLAMABAD: Interior Minister Sheikh Rasheed Ahmad warned on Thursday that terror incidents could rise in the country during the next two months.

In an interview with British media, Sheikh Rashid, while highlighting the countryâ€™s capability of fighting against terrorists and having the best intelligence system, vowed to overcome the fresh wave of terrorism.

Appreciating the positive role of the Afghan Taliban, the interior minister said that they asked the banned Tehreek-e-Taliban Pakistan (TTP) to refrain from subversive activities in Pakistan,Â  Daily Jang reported.Â  Â

Rasheed, who had advocated for peace talks with the TTP, said that the ceasefire violation by the group closed the doors to further negotiations.

“TTP ended the accord themselves. [The government] engaged in talks [with the group] a couple of times but no results,” he said, adding that their conditions were not acceptable.

“We offered TTP to lay their arms and join the national mainstream but they violated the ceasefire,” he added.

Standing on the same page by PM Imran Khan and the establishment was in the best interest of the country, he added.

‘Govt seeks agreement with UK to bring Nawaz Sharif back’

Responding to a question about the repatriation of PML-N supremo Nawaz Sharif and Ishaq Dar, the minister said that the government was seeking an agreement with the British government to bring back the suspects and criminals living in the UK.

â€œThe government wants to bring back the people who are wanted by the Pakistani courts,â€ he added.

Rasheed said that Nawaz Sharif managed to “throw dust on everyone’s eyes and walked out of the country”.

Sharing his views on Shahzad Akbar’s resignation from the post of PM’s adviser on accountability and interior, Rasheed said: “The reason behind the resignation is not only PM Imran Khan’s ire over failure in bringing Nawaz Sharif back but also a failure in recovering the [country’s] money.”

“Shahbaz Sharif is accused of laundering Rs16 billion but we couldn’t bring the money back,” he admitted.

The minister said that there is always room for improvement everywhere in the accountability process but the government needs to prepare well for the cases and hire competent lawyers.