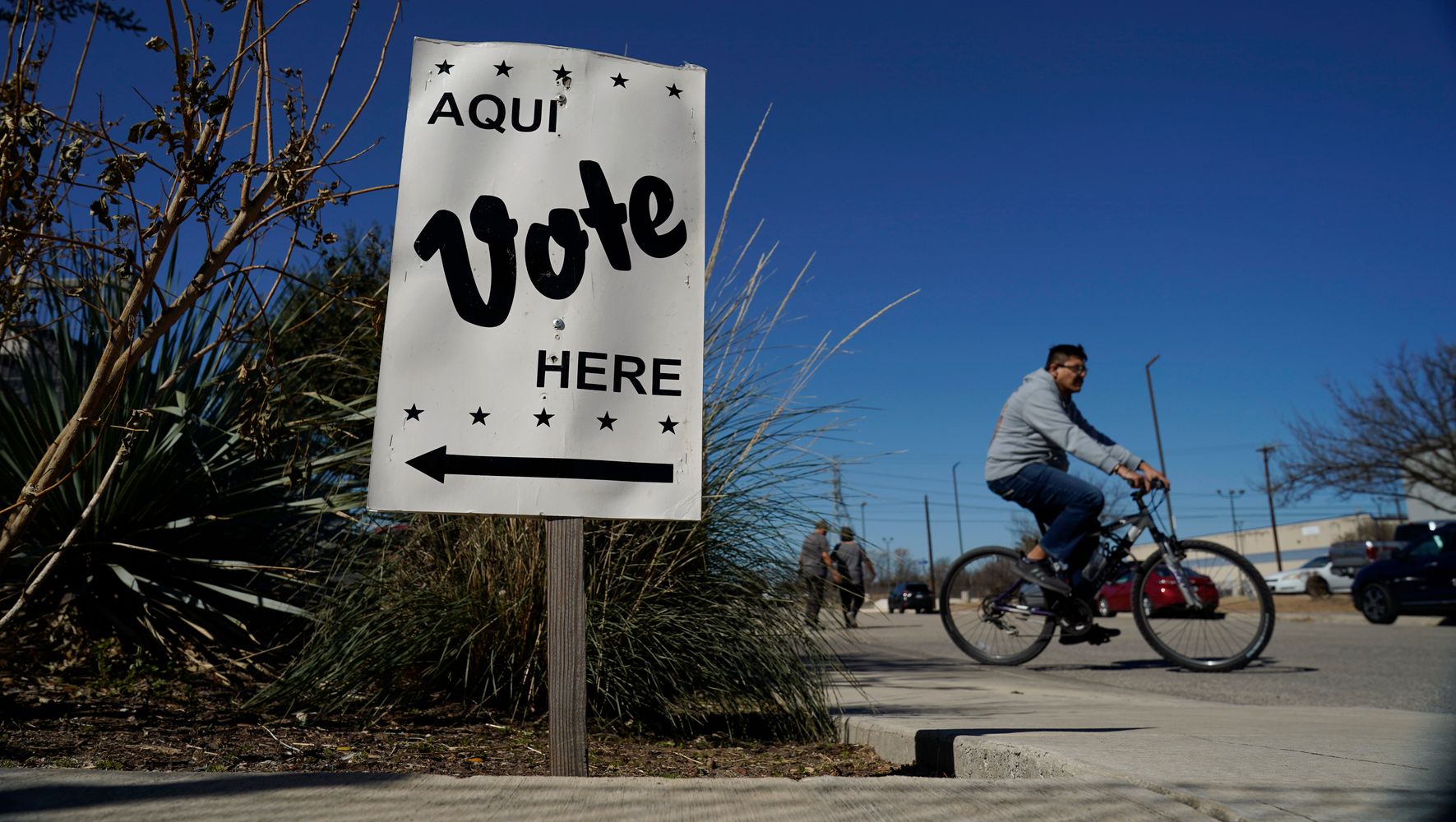 AUSTIN, Texas (AP) â€” More than 27,000 mail ballots in Texas were flagged for rejection in the first test of new voting restrictions enacted across the U.S., jeopardizing votes cast by Democrats and Republicans alike and in counties big and small, according to an analysis by The Associated Press.

It puts the rate of rejected mail ballots in Texas on track to significantly surpass previous elections. The preliminary figures â€” reported by Texas counties after votes were counted in the stateâ€™s March 1 primary â€” is the fullest picture to date of how new election rules rushed into place by Republicans following the 2020 election made it harder for thousands of voters in both parties. Some will wind up not having their ballots count at all.

Rejected mail ballots are relatively uncommon in a typical election. But the initial rejection rate among mail voters in the Texas primary was roughly 17% across 120 counties, according to county-by-county figures obtained by AP. Those counties accounted for the vast majority of the nearly 3 million voters in Texasâ€™ first-in-the-nation primary.

Although the final number of discounted ballots will be lower, the early numbers suggest Texasâ€™ rejection rate will far exceed the 2020 general election, when federal data showed that less than 1% of mail ballots statewide were rejected.

â€œIt took me three tries and 28 days but I got my ballot and I voted,â€ said Pamiel Gaskin, 75, of Houston. Like many rejected mail voters, she did not list a matching identification number that Texasâ€™ new law requires.

For now, the numbers do not represent how many Texas ballots were effectively thrown out. Voters had until Monday to â€œfixâ€ rejected mail ballots, which in most cases meant providing identification that is now required under a sweeping law signed last fall by Republican Gov. Greg Abbott. County election officers say they worked feverishly to contact those voters in time, in many cases successfully, and a full and final tally of rejected ballots in Texas is expected to come into focus in the coming days.

But already, scores of mail ballots have been disqualified for good.

Along the Texas border, El Paso County reported that 725 mail ballots were officially rejected and not counted after a final canvass Monday â€” about 16% of all such ballots cast. In the booming suburbs of Austin, Williamson County had a final number of 521 rejected ballots, nearly evenly split evenly between Republican and Democratic primary voters.

Roughly 8,300 mail ballots in Texas were rejected in the 2020 election, according to the U.S. Elections Assistance Commission.

The numbers underline how voters across Texas â€” in big cities and rural outposts, red and blue â€” were tripped up by the new law that Abbott and other Republicans assured would make it â€œeasier to vote and harder to cheat.â€

At least 17 other states will also vote this year under new voting laws, many pushed by Republican lawmakers who especially took aim at mail ballots after states expanded options to make voting safer during the coronavirus outbreak. Some of the restrictions were fueled by the continued false claims in the GOP about widespread fraud in President Joe Bidenâ€™s victory.

Abbottâ€™s office did not return requests for comment about the number of rejected ballots.

Texas Secretary of State John Scott, who Abbott appointed as the stateâ€™s chief election officer, has called the high rate of rejections a matter of voters not being familiar with the new rules and expressed confidence that the numbers will drop in future elections.

Texasâ€™ new mail voting rules require voters to return ballots with a personal identification number â€” such as a driverâ€™s license number â€” which then must match the number in voter registration files. Other new rules in Texas ban drive-thru voting and 24-hour polling centers and make it a felony for a government official to solicit mail ballots.

The law also requires counties to publicly post a one-page â€œreconciliation reportâ€ of voters and ballots after each election as an extra measure of transparency. The report instructs counties to include the number of mail ballots and how many were flagged for rejection.

The AP obtained reports from 120 counties â€” nearly half of the 254 in Texas â€” through county websites and contacting all counties that had not posted a report publicly.

In Texasâ€™ largest county, around Houston, Harris County officials said more than 11,000 mail ballots had been flagged for rejection as of March 2. But in the countyâ€™s preliminary report that is dated a day later, the number of rejected mail ballots was listed at 3,277. On Tuesday, Harris County Elections Administrator Isabel Longoria said she was stepping down following a bungled vote count.

Houston Democrats have been among the most outspoken over Texasâ€™ new voting laws, which they say are designed to weaken minority turnout. But Republican-leaning counties struggled with the new rules as well.

In Parker County, which former President Donald Trump carried by a 4-to-1 margin in 2020, the county reported 250 mail ballots as rejected or pending out of 1,100 mail votes â€” about 23%. Along the Texas coast in Nueces County, which Trump narrowly won, the rejection rate was 8%.

Kara Sands, the election administrator in Nueces County, said her office pressed voters to include more than one identification number as a guardrail against having their ballot rejected. But she said her office wasnâ€™t inundated with voter frustration.

â€œWe really didnâ€™t get a lot of folks complaining about that,â€ she said.

Texas holds primary runoffs in May, and elections officials say their goal now is to educate voters to avoid a repeat next time. Christopher Davis, the elections administrator in Williamson County, said the final rejection rate of 11.5% was â€œby far the highest we have ever seenâ€ in the county of more than 600,000 people.

â€œThe hope is we knock down that rejection rate,â€ he said.