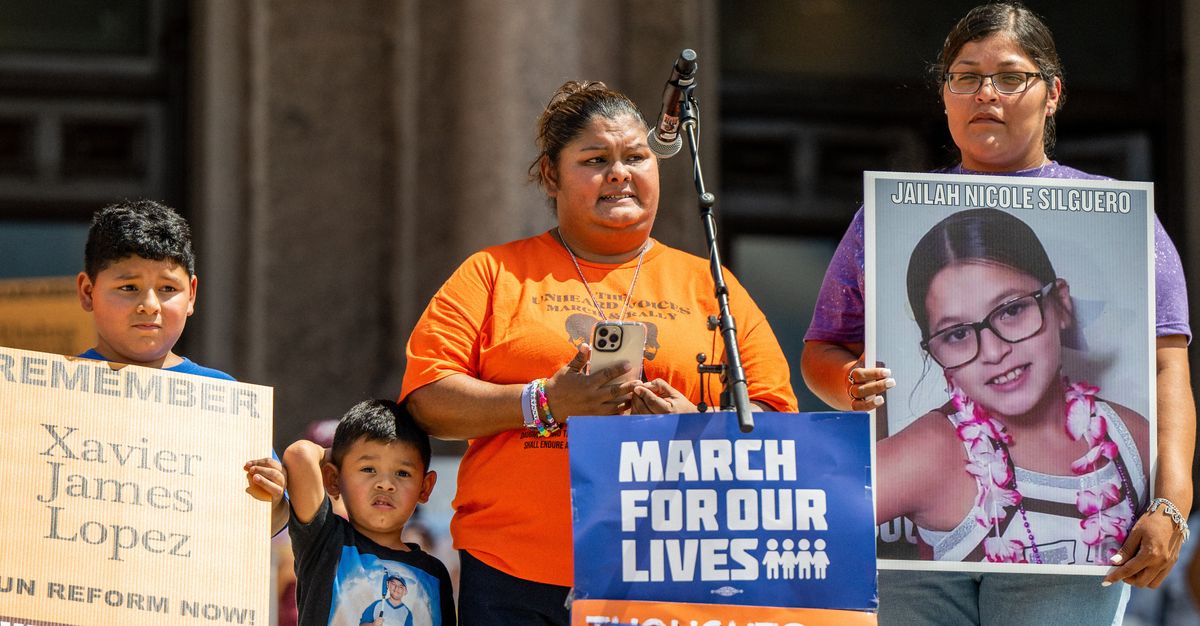 Parents of eligible K-6 students will receive the identification cards in case authorities need them to “help locate and return a missing or trafficked child,” according to the 2021 law that authorized the materials. The kits allow parents and caregivers to store their children’s biological samples at home and turn them over to law enforcement if necessary.

The Houston Independent School District — the largest in Texas — is distributing kits this week, according to the Houston Chronicle.

The news comes months after 19 fourth graders and two teachers died in a May 24 attack on a school in Uvalde — the second-deadliest mass shooting in U.S. history. Many of the victims were not easily identifiable due to the extent of their injuries.

A number of parents are apprehensive about the kits and the message they send to Texas families.

“I worry every single day when I send my kid to school,” Tracy Walder, a former CIA and FBI agent who is the parent of a second-grader, told NBC’s Today. “Now we’re giving parents DNA kits so that when their child is killed with the same weapon of war I had when I was in Afghanistan, parents can use them to identify them?”

Some families also say they’re uncomfortable with giving out their children’s DNA due to privacy concerns. Parents are not mandated to use the kits, however.

The 2021 law authorizing the kits requires the Texas Education Agency to provide them “to school districts and open-enrollment charter schools for distribution to the parent or legal custodian of certain students.” That legislation was passed after a separate shooting in the state: the 2018 attack on a high school in Santa Fe, where eight students and two teachers were shot and killed.

“TEA is collaborating with the Safety Blitz Foundation, National Child Identification (I.D.) Program, Education Service Centers, and school systems to provide families who had children in kindergarten through sixth grade during the 2021-2022 school year and kindergarten during the 2022-2023 school year with child I.D. fingerprint kits,” a spokesperson for the Texas Education Agency said in a written statement to Today.

In the aftermath of the Uvalde shooting, parents have said they feel anxious even sending their children to school, much less collecting their DNA in case of a future attack.

“It makes me physically sick,” Wendi Aarons, a Texas mom of two, told Today. ”Parents of school kids should be worrying about (parent-teacher organization) sign-up sheets and grades and if their kid likes whatever they’re serving in the cafeteria that day, not their child’s murder and if they’re shot so many times their body cannot be identified.”

Texas state Sen. Donna Campbell, who sponsored the 2021 legislation, and Gov. Greg Abbott did not immediately respond to HuffPost’s requests for comment.