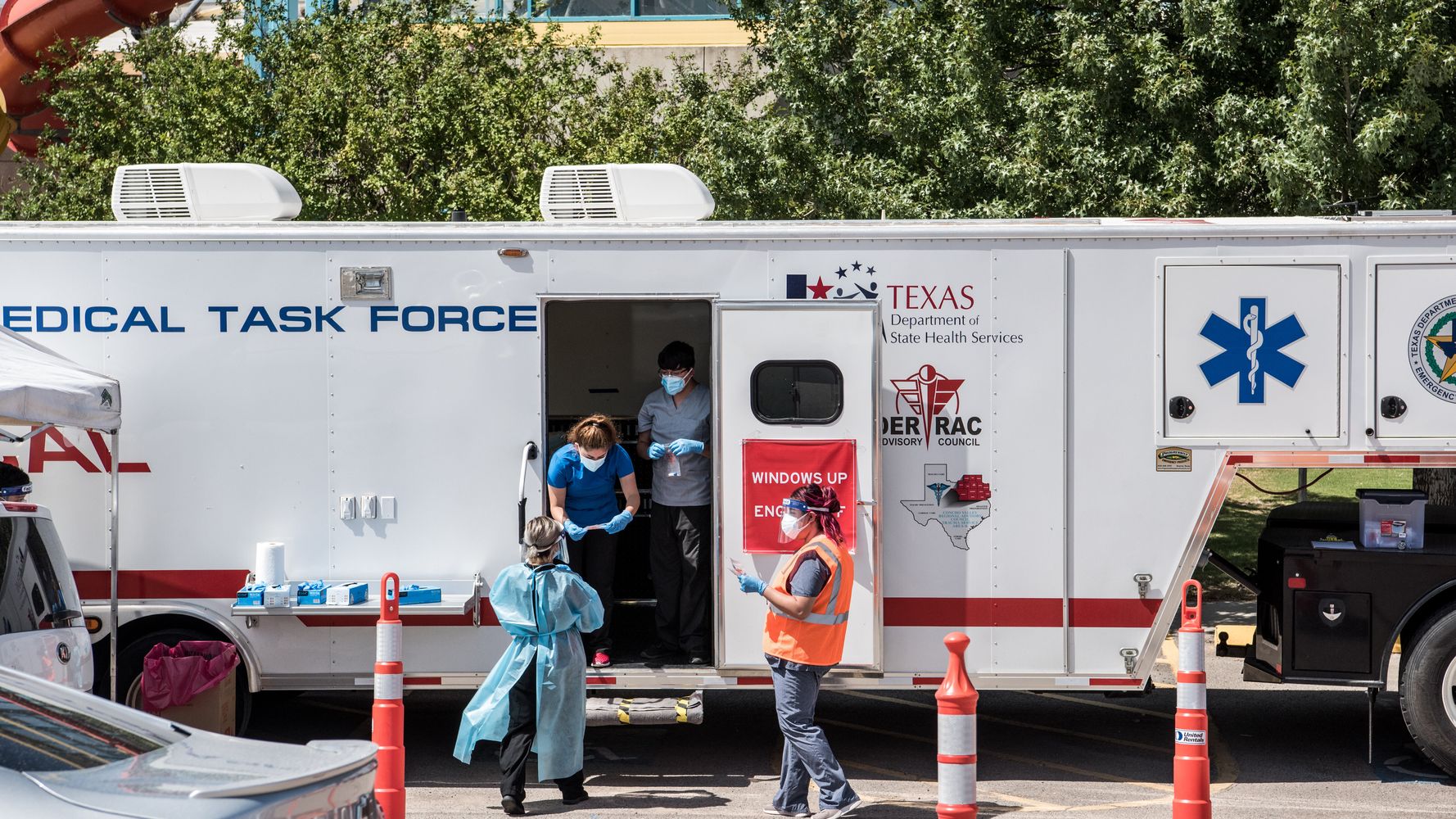 (Reuters) – Texas on Wednesday set one-day records for increases in COVID-19 deaths and hospitalizations in the state, forcing one county to store bodies in refrigerated trucks and prompting a top health official there to call for new stay-at-home orders.

Texas, which reported 197 deaths and 10,893 hospitalizations, has been one of the states hardest hit by the resurgent coronavirus. Hidalgo County, at the southern tip of the state on the U.S. border with Mexico, has seen cases rise 60 percent in the last week, according to a Reuters tally, with deaths doubling to more than 360.

â€œWeâ€™ve got to lasso this virus, this stallion, bring the numbers back down and get control of this thing,â€ Hidalgo County Judge Richard Cortez said. â€œBecause our hospitals â€“ theyâ€™re war zones, they are really struggling right now.â€

Cortez, a Democrat who serves as the top county official, issued a shelter-in-place order for residents. That mandate put him at odds with Republican Governor Greg Abbott, who maintains that local officials do not have the authority to make residents stay home.Crematoriums in the Hidalgo area have a wait list of two weeks, Cortez said, forcing the county to use five refrigerated trucks that can hold 50 bodies each.

Hidalgoâ€™s top medical official, Dr. Ivan Melendez, partly blamed Abbottâ€™s move to override local officials for the spike in coronavirus infections, which he said has jammed the local medical system at every level.

â€œDo I think that a stay-at-home order is medically indicated at this point? Absolutely,â€ Melendez said.

On Tuesday, U.S. deaths from COVID-19 topped 1,000 in a single day for the first time since June 10. More than 142,000 people have died in the country during the past five months and deaths are rising in 23 states, according to the Reuters tally.

The countryâ€™s three most populous states, Florida, Texas and California, top the list of 44 states where cases are increasing, based on a Reuters analysis.

California on Wednesday reported more than 12,800 new infections, a one-day record. The state has now eclipsed New York for the highest number of cases overall, although New York has seen far more deaths at 32,000 versus 7,800 in California.

The surge has fueled disputes over mandatory mask orders and how best to resume schooling.

In Chicago, dozens of teachers staged a socially distant motor protest against Mayor Lori Lightfootâ€™s plan for Chicago Public Schools to start the academic year with a mix of in-person instruction and remote learning.

â€œIf the biggies make the decisions that teachers are going back fully in class, then somebody is going to die. If it isnâ€™t a student, itâ€™ll be a teacher, a teacherâ€™s grandmother or a studentâ€™s grandmother,â€ said retired teacher Jerome Jordan, 78.

The protesting teachers said officials have not unveiled a detailed plan to clean schools adequately, provide disinfectant and personal protective equipment and instruct them how to implement social distancing in large groups of children.

In Georgia, a third judge has been appointed in the dispute between Republican Governor Brian Kemp and Atlantaâ€™s Keisha Lance Bottoms, a Democrat and mayor of the stateâ€™s largest city, over whether people must wear masks.

Among the few states seeing a drop in infections was Arizona, another recent hotspot which saw new infections fall 13 percent last week. Hospitalizations in the state have steadily trended downward after peaking on July 13.

Arizona Governor Doug Ducey, a Republican, was encouraged by those trends, his office said in a written statement, but cautioned that it was not time for the public to let down its guard.

â€œWe need to continue doing the things we know make a difference: wearing a mask, physically distancing and staying home as much as possible,â€ Duceyâ€™s office said in the statement.