The 1st photograph of all Earth: 50 years on, Blue Marble still inspires 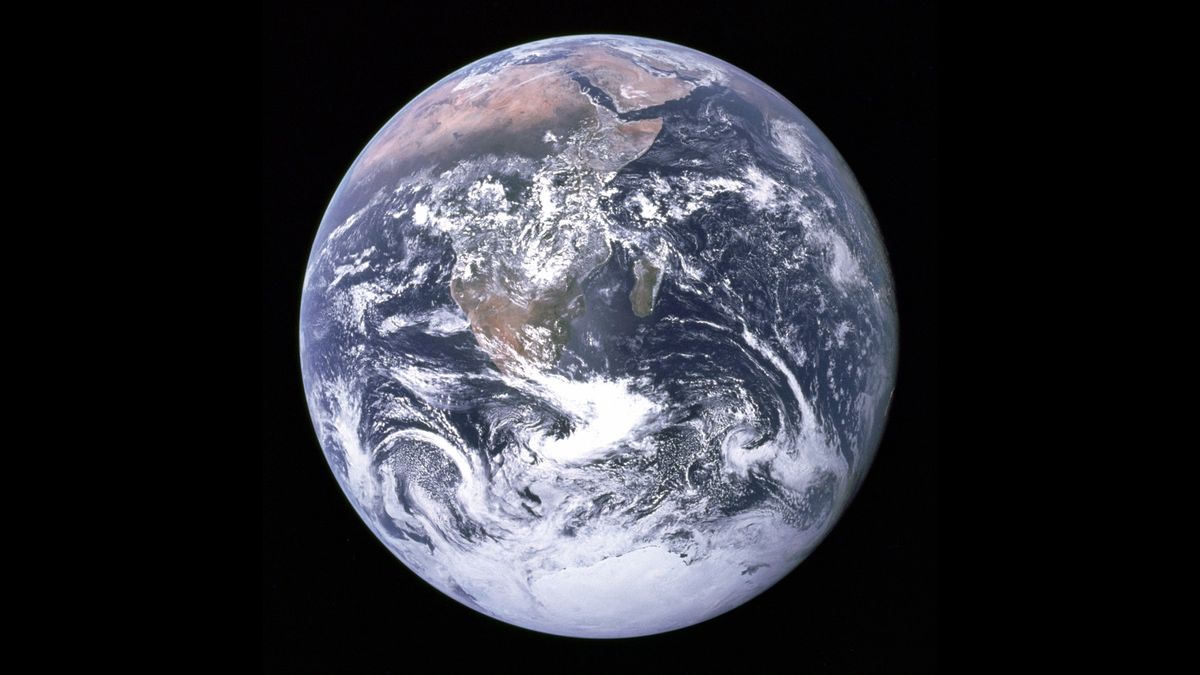 This article was originally published at The Conversation. (opens in new tab) The publication contributed the article to Space.com’s Expert Voices: Op-Ed & Insights.

Dec. 7 marks the 50-year anniversary of the Blue Marble (opens in new tab) photograph. The astronauts of NASA’s Apollo 17 spacecraft — the last crewed mission to the moon — took a photograph of Earth and changed the way we visualized our planet forever.

Taken with a Hasselblad (opens in new tab) film camera, it was the first photograph taken of the whole round Earth and is believed to be the most reproduced image of all time. Up until this point, our view of ourselves had been disconnected and fragmented: there was no way to visualise the planet in its entirety.

The Apollo 17 crew were on their way to the moon when the photograph was captured at 18,000 miles (29,000 kilometers) from the Earth. It quickly became a symbol of harmony and unity.

The previous Apollo missions had taken photographs of the earth in part shadow. Earthrise shows a partial Earth, rising up from the moon’s surface.

In Blue Marble, the Earth appears in the center of the frame, floating in space. It is possible to clearly see the African continent, as well as the Antarctica south polar ice cap.

Photographs like Blue Marble are quite hard to capture. To see the Earth as a full globe floating in space, lighting needs to be calculated carefully. The sun needs to be directly behind you. Astronaut Scott Kelly observes that this can be difficult to plan for (opens in new tab) when orbiting at high speeds.

Produced against a broader cultural and political context of the “space race (opens in new tab)” between the United States and the Soviet Union, the photograph revealed an unexpectedly neutral view of Earth with no borders.

According to geographer Denis Cosgrove (opens in new tab), the Blue Marble disrupted Western conventions for mapping and cartography. By removing the graticule (opens in new tab) — the grid of meridians and parallels humans place over the globe — the image represented an earth freed from mapping practices that had been in place for hundreds of years.

The photograph also gave Africa a central position in the representation of the world, where eurocentric mapping practice had tended to reduce Africa’s scale.

The image quickly became a symbol of harmony and unity. Instead of offering proof of America’s supremacy, the photograph fostered a sense of global interconnectedness.

Since the Enlightenment, mapping and map making had emphasized man’s superiority over the Earth. Working against this hierarchy, Blue Marble evoked a sense of humility. Earth appeared extremely fragile and in need of protection. In his book “Earthrise (opens in new tab),” Robert Poole wrote: “Although no one found the words to say so at the time, the ‘Blue Marble’ was a photographic manifesto for global justice.”

It is impossible to examine Blue Marble and separate it from the urgency of today’s climate crisis.

It quickly became a symbol of the early environmental movement, and was adopted (opens in new tab) by activist groups such as Friends of the Earth and annual events such as Earth Day.

The ways we have viewed and visualized Earth have changed over the decades.

These are composite images composed of data stitched together from thousands of images taken at different times by satellites.

Space-based imaging technology has continued to advance in its capacity to render astonishing detail. Art historians such as Elizabeth A. Kessler have linked (opens in new tab) these new generation of images picturing the cosmos with the philosophical concept of the sublime.

The photographs create a sense of vastness and awe that can leave the spectator overwhelmed, akin to 19th century Romantic paintings such as Thomas Moran’s “The Grand Canyon of the Yellowstone” (1872).

These advances in technology might help explain the photograph’s enduring charm from the vantage point of 2022. The first photograph of our planet was remarkably lo-fi.

Blue Marble is the last full Earth photograph taken by an actual human using analog film: developed in a darkroom when the crew returned to Earth.

Follow all of the Expert Voices issues and debates — and become part of the discussion — on Facebook and Twitter. The views expressed are those of the author and do not necessarily reflect the views of the publisher.