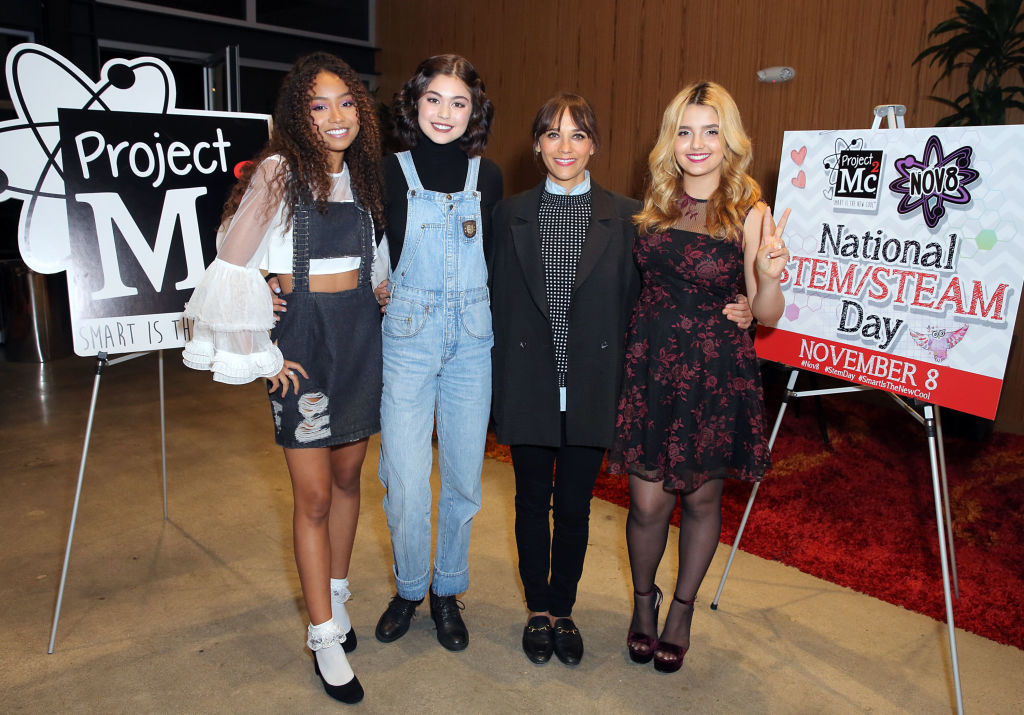 However, the sheer quantity of content on the streaming site means certain shows are less well-received than others.

Critic aggregator IMDb has compiled the lowest-rated shows on Netflix.

A quartet of hyper-intelligent teenagers collaborate to use their science skills to save the day.

However, the series is not a hit on IMDb, with one review stating: “We wanted to like this show. The premise sounds wonderful. Who wouldn’t want a show about girls using STEM subject to solve crime?

“And Danica McKeller is in it?! Sounds fabulous! So my daughter and I gave it a try. Unfortunately, the show fails to deliver.”

The animated reboot has received poor reviews, with one on CommonSenseMedia.org stating: “My son was excited to see these cute little guys but watching it with him made me turn it off.”

U.S stand-up comedian Chelsea Handler brings her inimitable style to her talk show with a difference.

The top-rated review on IMDb states: “The show is not for everyone of course, for me the first 2-3 episodes I wasn’t sure if I love it or hate it.”

An eccentric extraterrestrial moves in with a young girl and the best friends embark on a series of adventures.

One top-rated review on IMDb states: “Got very excited when I saw this on Netflix… until I pressed play. Everything was just too over the top for me and the ‘funny moments’ just felt too forced and the plots were all over the place.”

The popular prehistoric family make new friends and encounter fun “firsts” in a world of exotic creatures and adventures.

Unfortunately this animation received some poor reviews on IMDb, with one top review stating: “This looked like it was made by a 1st grader.

“It’s not worth a Netflix membership to watch this, no offence to the 1st grader who made this.”

A supremely confident but slightly hapless comedian embarks on an unlikely bid for fame.

One review describes the Netflix show as: “Haters Back Off isn’t amazing, but it isn’t horrible either.”

When every adult in a small town suddenly dies, the young survivors are forced to fend for themselves.

The top-rated review on IMDb appears to sum up the disappointment about the series, stating: “Honestly, this is a great concept; however, the acting is meh on a good day.”

A quartet of fun baby animals invites viewers to join in and help them learn how to talk.

Although there are several positives reviews, other viewers are not so enamored, with one stating: “Word Party does teach some good lessons (“Let’s not fight, it’s not right!”), but the downside is an audio assault on your ears that will test your patience.”

Some ragdoll friends explore creativity, friendship, magic and music while getting into mischief.

Among the positive reviews on CommonSenseMedia.org is one criticizing “the commercial tie-ins”, stating: “We’re Lalaloopsy will introduce your kids to a new batch of toys and games to catch their eye on store shelves.”

Despite several reviews praising the Netflix series, others who watched King of the Apes were less than impressed, with one writing on IMDb: “This show looked and sounded like it was created by a couple of 10- year-olds who got their hands on some animation software.

“The dialogue was trite and clichéd, and the plot about as predictable as you could possibly imagine.”

The world’s most intelligent dog and his human friend host a bizarre late-night TV show, which sees them travel to historically significant events to bring guests forward in time to feature on the show.

Among the positive reviews, are found a few by some that are less than impressed, with one stating: “From an icon to a barely decent movie to these!! This show should not have been made.

“What can be learned? Don’t reinvent the wheel. Verdict: Pea brain show.”

The only review listed on IMDb for this Netflix show states: “This is what the box says: Russell Peters on tour.

“Lots of useless footage for the fans to admire the actor while walking behind the scene. Nothing really to see unless you worship the guy.”

A group of heroes embarks on an epic journey to gain elemental energy to defeat evil forces.

Some leaving reviews on IMDb were evidently less impressed than others, with one stating: “You know that movie you always wanted to see? […]

“Then that dream finally comes to pass, your favorite superhero or cartoon is made into a movie and you watch it and it sucks. This show is like that.”

A group of alternative comedians seize their chance to create their own half hour episodes and they are given carte blanche to do whatever they want.

However, the season received poor reviews on IMD, with one commenting: “[…] the comedy is sad and upsetting rather than funny.”

The fun-loving Gumbles have the time of their lives while keeping their distance from the evil-smelling Bottersnikes who live adjacent in the local rubbish tip.

The solitary review on IMDb cautions parents should be vigilant for adult language, writing: “During one episode a tire flew over the characters head & the character clear as day said “what the f^*k?!” For a kid’s series that’s a little ridiculous.”

A teenage Tarzan joins encounters the sophisticated urbanite Jane and the pair team up to protect the jungle from threats.

The TV series received mixed reviews on IMDb, with one seemingly put off by the quality of the graphics, stating: “Children of all ages enjoy good animation but this is aimed at a very young and undiscerning audience.”

A group of vegetable friends embark on executing new adventures in this updated faith-based animation.

Among the mainly negative reviews is one stating: “I may be biased towards the original characters to a large degree since I grew up with the show, but speaking from the point of view of a lifelong animation fan who watches kids shows on a regular basis, this is abysmal.”

This documentary follows social media phenomena Cameron Dallas as he attempts to boost his profile on an international tour.

The reviews for this Netflix TV series are primarily negative, with feedback including: “A prime example of what’s wrong with the kids today,” and someone else commenting: “Hoping this show was produced as a joke.”

A regular boy becomes an overnight trillionaire and welcomes a new life filled with limitless opportunities for fun and adventure.

The Netflix show has attracted some harsh reviews, with one stating: “This Richie Rich show is simply bad. No, wait, I have a better word for it: horrendous.

“Story is pretty much inexistent, characters and dialogues are horribly written, and actors are just … not good. After watching a few episodes, I couldn’t take it anymore.”

Three friends work at an unorthodox detective agency attempting to solve the mysteries of the universe.

The reviews left on IMDb are almost uniformly negative in tone, with comments ranging from “probably the worst thing I have ever seen in my entire life”, to simply “painful to watch.” 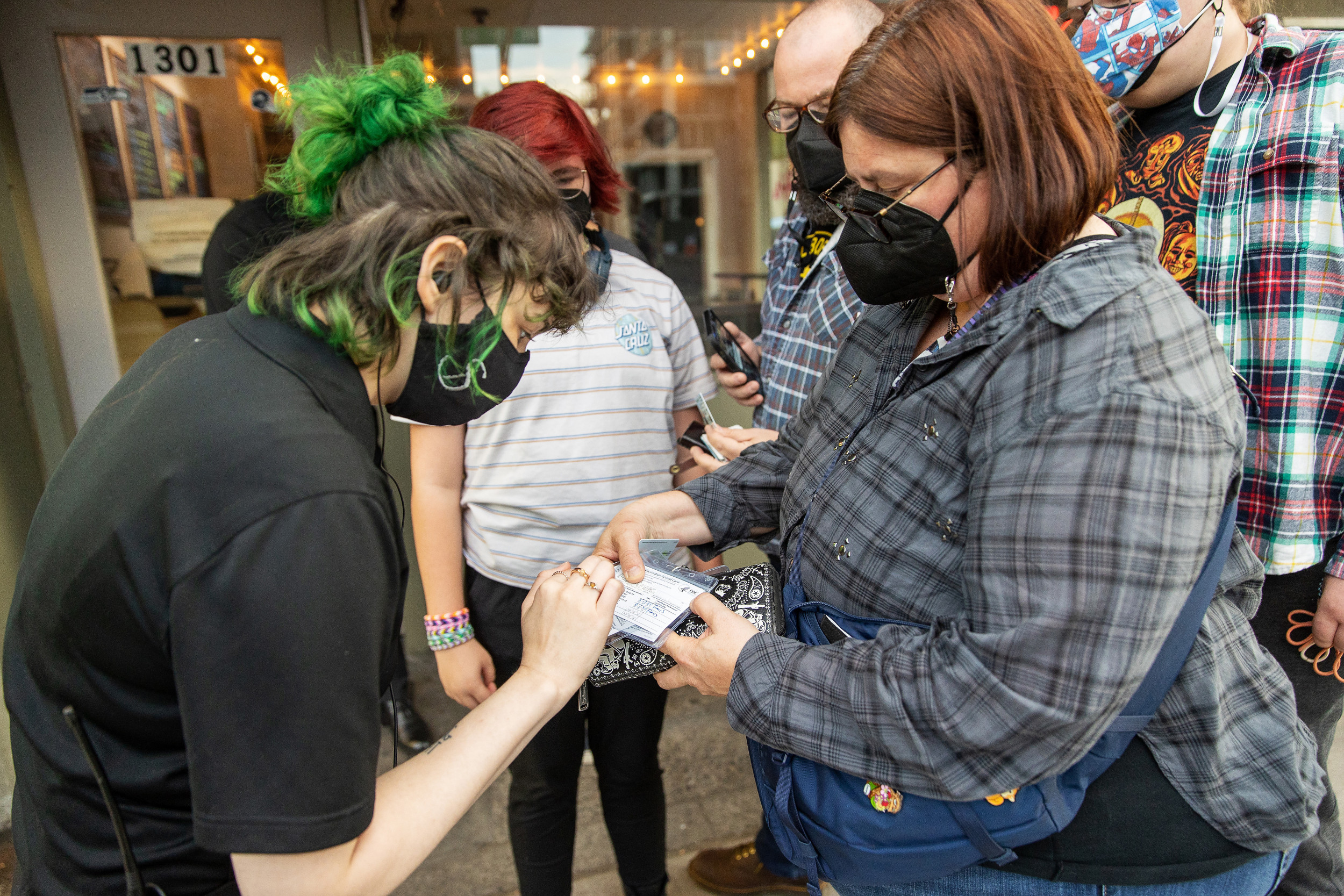