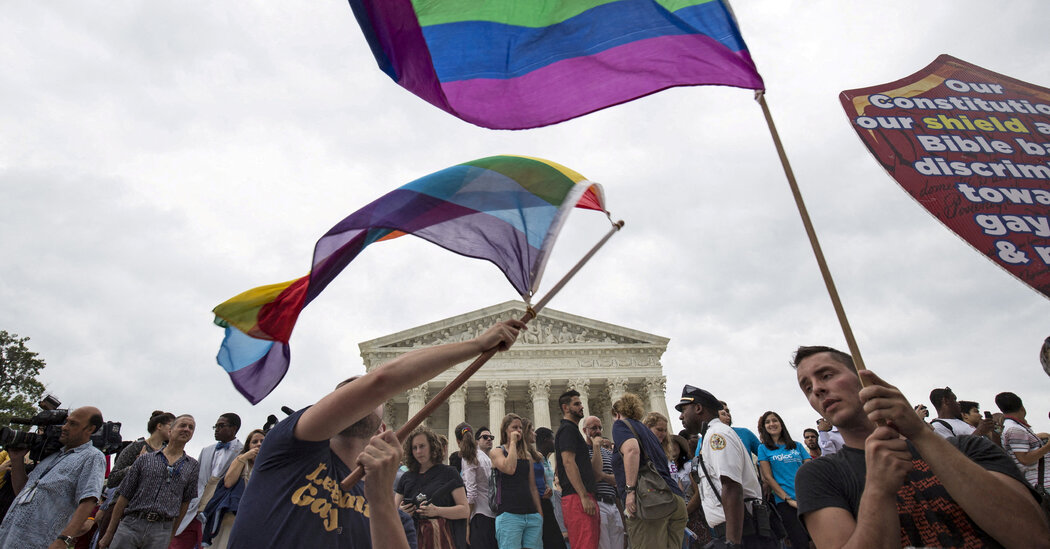 WASHINGTON — Legislation to mandate federal recognition for same-sex marriages cleared Congress on Thursday after passing both chambers with bipartisan support.

While the key breakthrough came in the Senate, where Democrats needed Republican backing to move the measure forward, a larger-than-expected group of House Republicans embraced it over the summer. Ultimately a smaller number supported its final passage on Thursday, and it passed by a vote of 258-169, with one voting “present.”

Eight Republicans who had backed the legislation in July abandoned it on Thursday. Representatives Cliff Bentz of Oregon; Mario Diaz-Balart, Brian Mast and Maria Salazar of Florida; Dan Meuser and Scott Perry of Pennsylvania; and Jeff Van Drew of New Jersey switched their votes to “no.” Representative Burgess Owens of Utah, who supported the bill over the summer, switched his position to “present.”

Here are the 39 Republicans who voted “yes,” with asterisks denoting the two who switched their votes after opposing it over the summer.