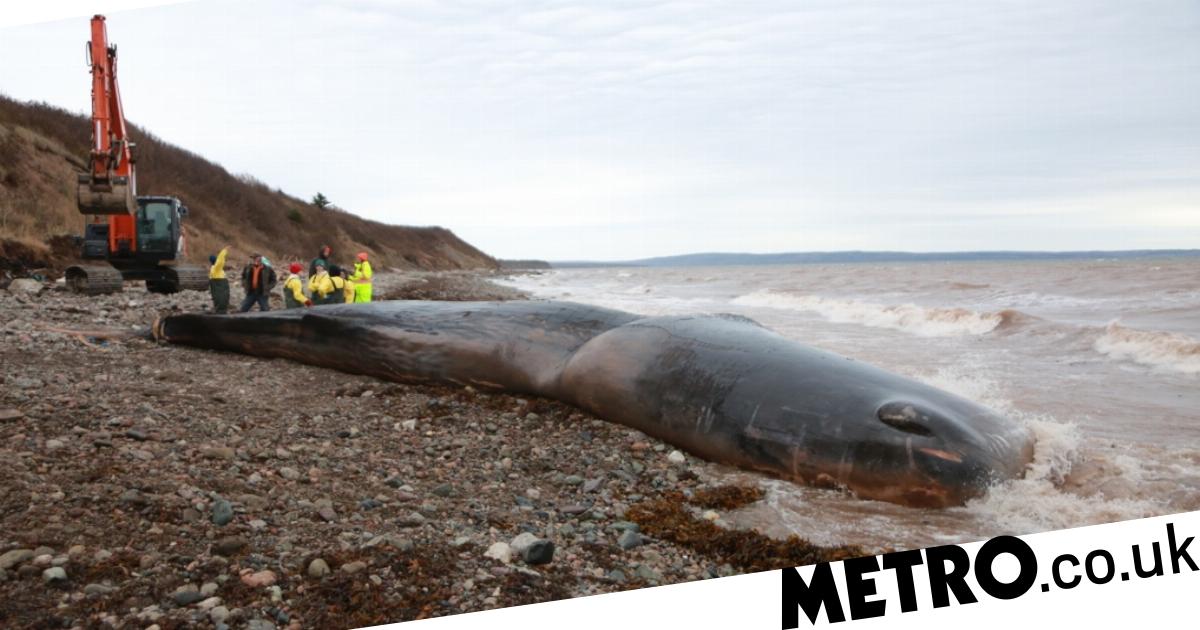 A dead sperm whale that washed ashore in Canada earlier this month was found to have a shocking amount of rubbish in its stomach.

The 14-metre-long whale weighing 28 tonnes was found washed up on a beach in Nova Scotia on 5th November.

It had been spotted looking unwell the day before, according to reports.

When the Canadian Wildlife Health Cooperative and members of the provincial Natural Resources and Renewables Department performed a necropsy on the animal, they found a shocking amount of fishing gear in its stomach.

In total, the whale had consumed 150kg of packaging, ropes, nets and gloves.

‘We found a bit of gear, and then it kept going and it kept going,’ said Tonya Wimmer, the director of the Marine Animal Response Society.

‘We realized the full extent of what we were seeing was horrific,’ she said.

Sperm whales gather their food by diving deep to feed on things like squid and fish.

Their mouths act as a vacuum and take in whatever happens to be on the ocean floor. These days, that includes more and more plastic waste dumped into the seas by humans.

‘At this point, we do not know the type or origin of the gear, nor where or when the animal would have ingested it,’ the Marine Animal Response Society wrote in a Facebook post.

‘What we do know without a doubt, is that it caused the animal to slowly starve to death.

‘This is a stark reminder of the serious issue with garbage and other plastics in our oceans, including lost, derelict, and discarded fishing gear.’