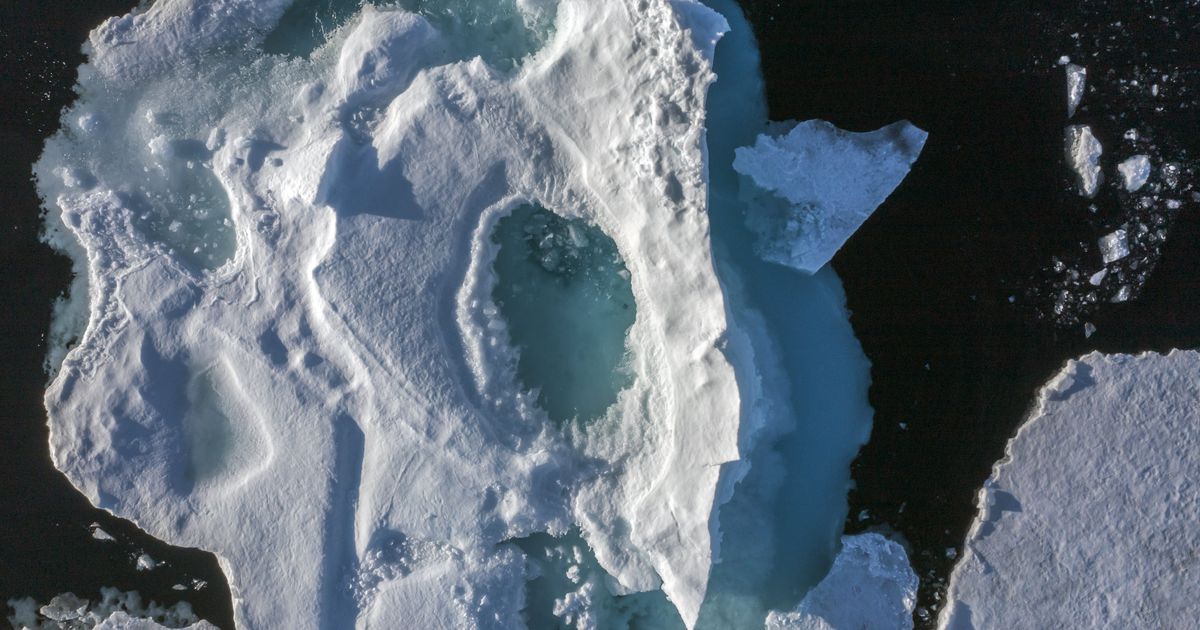 The Arctic is heating up almost four times faster than the rest of the planet, according to a new study, significantly more than scientists thought and yet another warning sign climate change is already wreaking havoc in some of the most untouched parts of our world.

Researchers in Finland analyzed data from 1979, the beginning of satellite measurements of global temperatures, to 2021. Scientists have long said temperatures in the Arctic were warming faster than anywhere else on Earth, but those figures had traditionally been pegged somewhere around two or three times as fast.

The latest report, the authors said, shows such numbers were a “clear underestimation of the situation during the last 43 years.”

“We were frustrated by the fact that there’s this saying that the Arctic is warming twice as fast as the globe,” Mika Rantanen, a researcher at the Finnish Meteorological Institute and an author of the study, told The New York Times. “But when you look at the data, you can easily see that it is close to four.”

In some regions of the Arctic the warming was even more pronounced. The paper found the Barents Sea, off the coasts of Russia and Norway, was warming up to seven times faster than the global average.

The study was published Thursday in the journal Communications Earth and Environment.

We report that the Arctic has warmed four times faster than the globe in the last 43 years.

The four-fold Arctic amplification (AA) ratio is higher than what is generally reported in literature and media.

The Arctic’s icy conditions make it prone to heat more rapidly due to a phenomenon known as Arctic amplification. When warmer temperatures melt white, reflective sea ice, more of the ocean is exposed to sunlight. That causes the ocean to warm more, which leads to more melting, and then more warming in a cascading loop.

The effects of that warming have already been felt. The extent of Arctic sea ice has hit record lows in recent years, Arctic permafrost has begun thawing faster than ever and parts of the region have seen wildfires like never before.

Changes in the Arctic can also cause dramatic shifts around the globe, including shifting weather patterns in the U.S. and Europe, according to NPR.

The planet has already warmed about 1.1 degrees Celsius above pre-industrial levels. Scientists say the world must work to limit such warming to 1.5 degrees to avert the worst impacts of climate change; Doing so would require the planet to be effectively net zero by 2050, according to the UN’S IPCC.

The latest report on Arctic warming follows devastating weather events across the globe: Heat waves shattered records in the U.K. and Europe in recent weeks and Seoul was flooded with apocalyptic rain, its heaviest in 80 years, that left at least nine people dead. Yet another wildfire is raging across parts of California and devastating floods ravaged parts of Kentucky last month.

The study is the latest bellwether report as scientists continue to beat the warning drums of climate change and urge the planet to wean itself off fossil fuels. Some scientists fear the recent scramble for oil and gas after Russia’s invasion of Ukraine has threatened some efforts to limit global warming.

Lawmakers in Washington, D.C., are preparing to pass the Inflation Reduction Act, a landmark piece of climate legislation that would see the U.S. slash emissions and invest in renewable energy projects. The effort seeks to reduce the nation’s carbon emissions by about 40% by 2030 when compared to 2005 levels.