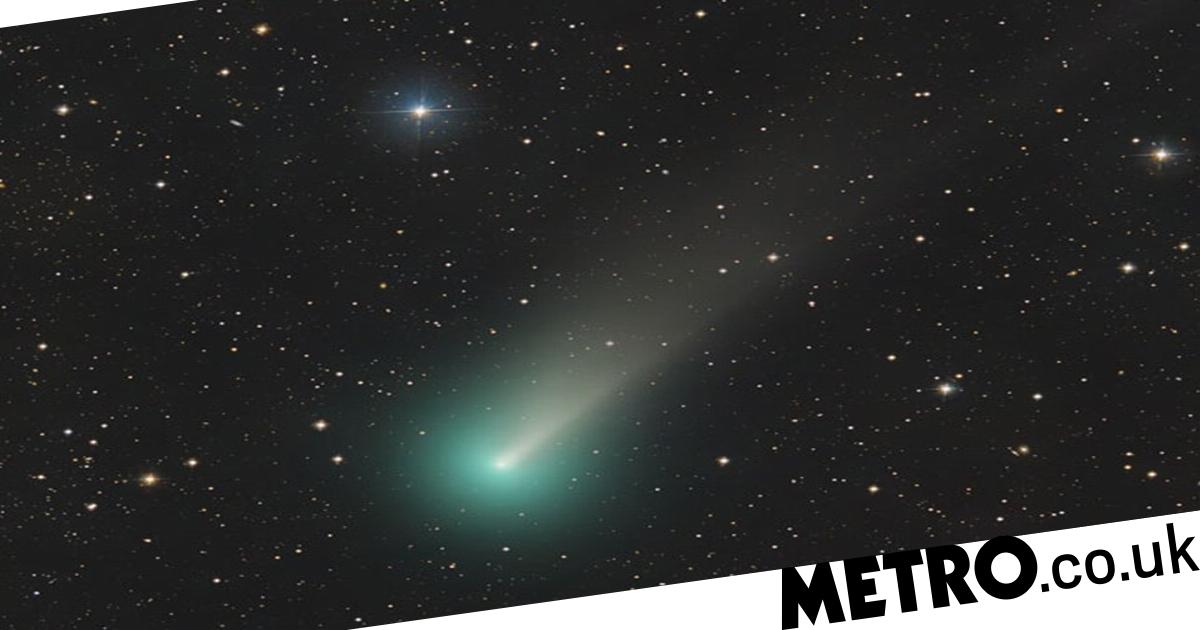 Skywatchers have been gearing up in anticipation of the brightest comet of 2021 to make an appearance in December.

This is exactly a year before its perihelion passage â€” its closest approach to the Sun â€” on 3 January 2022.Â

At its perihelion, comet Leonard will be around 92.7 million kilometres from the Sun.Â

Comet Leonard was discovered as a tiny smudge of light near Jupiter. At the time of the discovery, the comet was heading in Earthâ€™s direction from deep space with the potential to be the brightest comet of the year.Â

Where to look to see comet Leonard

Your best chance to view the comet will be about 90 minutes before sunrise in early December.

On Friday, December 17, there is a chance to see it just below Venus for those with a very low and clear horizon.Â

On Christmas Day, December 25, comet Leonard will be due southwest right after sunset and if you have a low, clear horizon, you just might be able to find it.

Either way, youâ€™ll get to see Venus, Saturn and Jupiter shining bright in the festive sky on Christmas Day.

â€˜There are chances to easily see this comet by the naked eye, even if under less than optimal conditions,â€™Â said astronomer Gianluca MasiÂ with the Virtual Telescope Project, based in Italy.Â

No other comets have been identified this year with the same potential of Leonard to be seen.

Comets have a reputation of being fickle about their routes with the added possibility of disintegrating to nothing as they draw closer to the sun.

If Leonard survives to live up to astronomersâ€™ most optimistic predictions, the cosmic snowball will brush past Earth in December, making it visible even without binoculars.Â

From there, itâ€™s expected to go past the sun before heading back out to deep space in January.

For the next few weeks, it will be visible in the early morning hours right before sunrise. Towards the end of the year, you can spot it in the evening skies.

This is a once in a lifetime opportunity to see Leonard up close. Itâ€™s thought to have travelled about 35,000 years from deep space to come this far.

All the indications look good for it to become marginally visible to the naked eye and through a pair of binoculars at some time while itâ€™s accessible from UK skies during the first ten days or so in December.Â

Comet Leonard comes closest to Earth on December 12, being 34.4 million kilometres away. This position will make it tough to spot from the UK, owing to its very low position over the eastern horizon as twilight starts to gather.

The active comet appears to have evolved dramatically over the past few months, gaining around four magnitudes. Recent images show that it now sports an intensely green coloured comaâ€”Â the nebulous envelope around the nucleus of a comet â€” that may have quadrupled in angular diameter and a fine tail.Â

This month, between about 2 am and 6 am GMT, youâ€™ll be able to see the cometâ€™s rapid motion of around 6â€ per minute if your observing location is cloud-free for long enough and has a reasonably unobstructed view to the east.

The morning of December 10 will be your last chance to catch the comet from the UK.Â

The cometâ€™s plunge south-eastwards means itâ€™s losing altitude from UK skies and Brits will need to wait an hour longer than at the beginning of December, until around 4 am GMT, to catch comet Leonard.

By December 12, comet Leonard will move into the dusk sky a few days later and can be seen from the Southern Hemisphere.

Often new comets exhibit a burst of activity as they approach the inner solar system for the first time, heat up, and sublimate their outer layers. While Comet Leonard has survived a perihelion passage before without disintegrating, this one will be its last according to astronomers.

After its perihelion passage on January 3 next year, astronomers have calculated that the comet will be ejected from the Solar System for good.


MORE : Mystery surrounding the origin of water on Earth solved by new research


MORE : Nasa and SpaceX to crash satellite into an asteroid â€“ hereâ€™s why