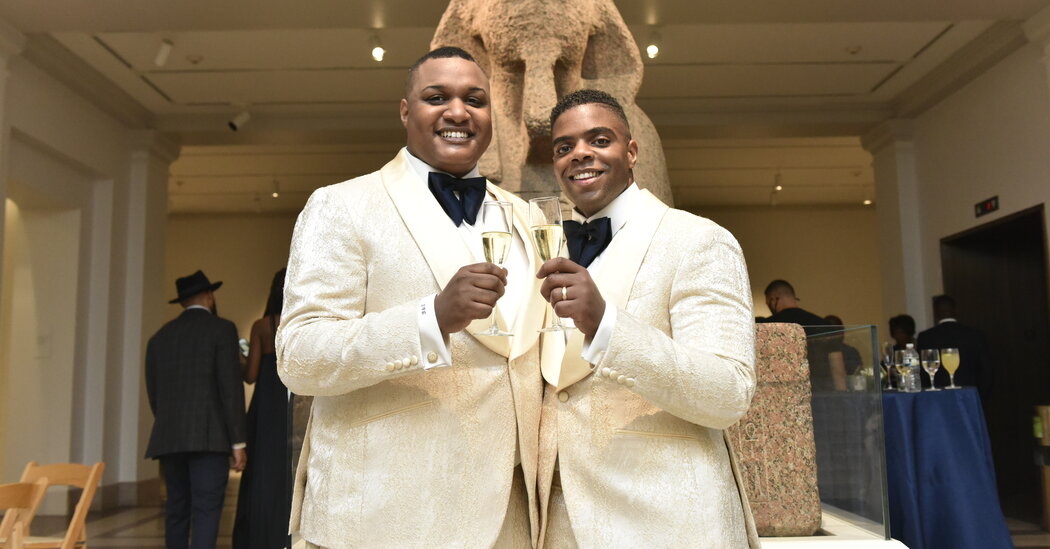 Ernest Owens spotted Barry Johnson at a Black fraternity party in 2013, during Mr. Johnson’s first week of orientation for new students at the University of Pennsylvania. Mr. Owens, then beginning his senior year, was quick to introduce himself.

“He was very attractive,” said Mr. Owens, now 30. “He was very standoffish. He was like, Heeeeyyy. ”

Mr. Johnson, now 26, agrees that this was definitely the case. But when the two met again a few weeks later, at a “water-ice social” (an event anyone outside of Philadelphia would call a party featuring Italian ice), they ended up as partners in a game of spades. The game tends to be long. The two got to know each other.

They became friends with much in common: two gay, Black men who had close relationships with their families. One topic they stood on opposite sides of, though, was vegetarianism. (Mr. Owens said that, to this day, “I’m a big, huge meat eater,” while Mr. Johnson was then strictly eating plant-based foods).

Even as friends, Mr. Owens said that he had a “crush.” But “it wasn’t in my mind that, Oh, this could be something.” Their friendship, he added, had a lot to do with companionship: “Hey I’m at this dining hall — meet me,” or “Catch you here.”

The men were chatting every day by the time the winter break of Mr. Johnson’s freshman year rolled around and each went home for the holidays. (Mr. Owens to Houston; Mr. Johnson to Trenton, N.J.) That’s when things changed.

“I would say he is the most consistent man I’ve ever met in my life,” Mr. Owens said of Mr. Johnson. “He’s a man of his word, he’s never broken a promise, he’s always been someone who is very present and attentive, he always pays attention to little things.”

When Mr. Johnson returned to campus in Philadelphia after the break, he was ready to come out to his mother. Mr. Owens advised him.

“He was really helpful in walking me through it,” Mr. Johnson said. “That, for me, took our relationship, our friendship, to the next level.”

Both men graduated from Penn, and Mr. Owens went on to receive a master’s degree in communication management from the University of Southern California. He is now a freelance journalist, editor at large of Philadelphia magazine and the president of the Philadelphia Association of Black Journalists. Mr. Johnson is a media specialist at Community College of Philadelphia and consults and teaches classes about cocktails.

Their first foray into the public together as men who might be more than friends was at a birthday party in January 2014. They shared a first kiss that night.

Just a couple of weeks later, on the eve of Valentine’s Day, they had a frank discussion about their status, which ultimately resulted in the two announcing on social media that they were a couple.

By the time Mr. Johnson graduated from Penn, in 2017, he had decided that his first relationship would be one that endured. “Definitely after graduation, I knew I would one day want to marry him, and propose,” he said.

The day for that proposal came on Christmas Eve in 2019, when the two were in Houston to celebrate the holiday with Mr. Owens’s family. A photo of Mr. Johnson down on one knee at the city’s Gerald D. Hines Waterwall Park made the rounds on the couple’s social media.

The pandemic didn’t infringe on their plans for a wedding at the Penn Museum in the city where they’ve spent most of their relationship. On Oct. 16, Michelle Fitzhugh-Craig, a Universal Life minister, officiated at their wedding. They had 110 guests, all fully vaccinated.

A neat little bit of chronological symmetry made their marriage into a bookmark of their relationship: They made their romance public four days before Mr. Johnson’s birthday, and they married four days after Mr. Owens’s birthday. 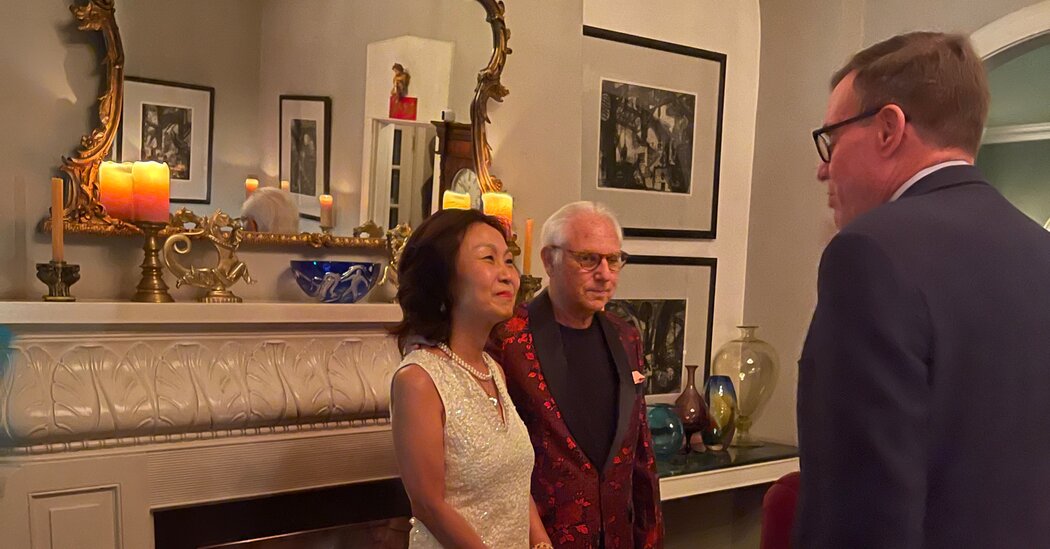 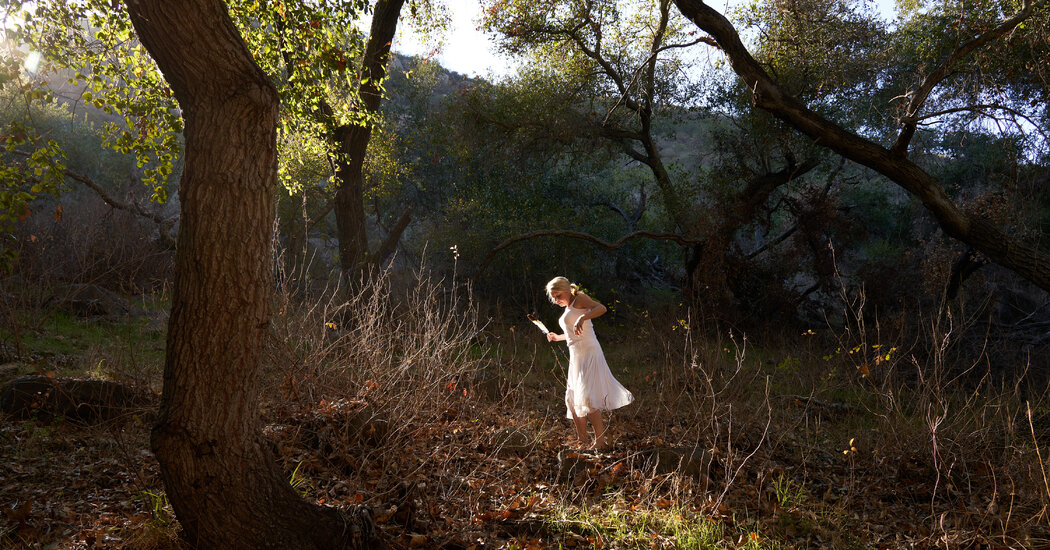 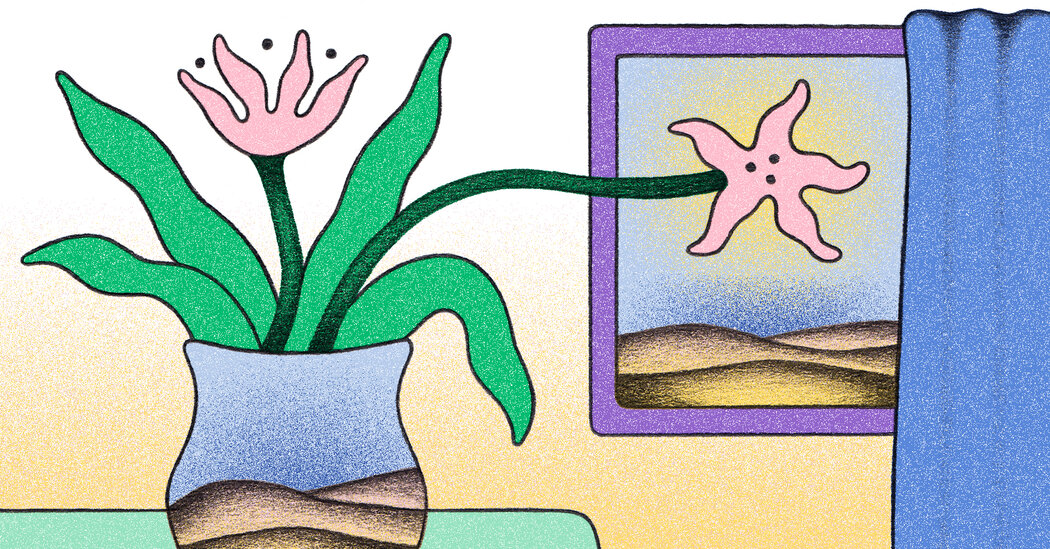