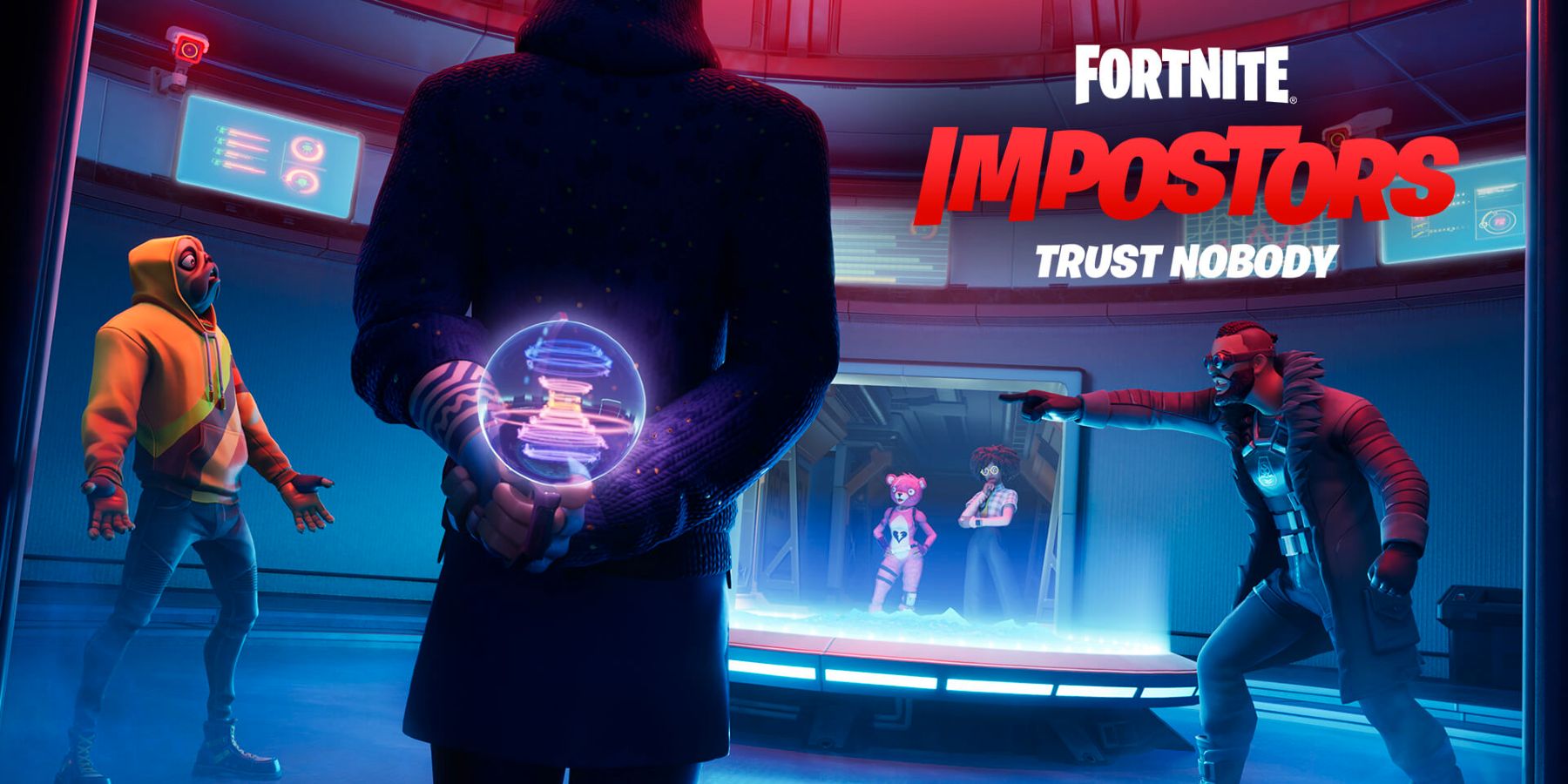 The respective teams behind Fortnite and Among Us seem to have patched things up, following their feud earlier this year and are even teasing an upcoming collaboration.

For context, Fortnite launched a new game mode back in August 2021, entitled “Impostors”. The basic premise of this is that 10 players will gather in a secret IO facility and must complete various tasks that are dotted around the environment. Complicating matters somewhat, the group will be infiltrated by a pair of double agents, who will attempt to stealthily pick off everybody else while deflecting the blame onto innocent parties.

At any point, the team can call an impromptu meeting to smoke out these impostors and vote on who they want to eject from the base. At launch, communication was limited to set phrases and emotes, but voice chat has now been enabled in certain lobbies, so you will have to hone your persuasive rhetoric if you want to succeed.

At first glance, the Impostors mode might look like just any other social deduction game. After all, the genre has experienced something of a boom in recent years – with titles like Werewolves Within and Unfortunate Spacemen – and it even predates the medium to a certain extent with parlor games like Mafia.

The ‘Fortnite’ and ‘Among Us’ Controversy Explained

While the social deduction category is certainly rife with popular releases, Fortnite’s Impostors mode bears more than a passing resemblance to Among Us.

As was pointed out back in August, Impostors recycles much of the same terminology from Among Us (including the “impostor” label itself), as well as the same discussion mechanics and even a similar map layout.

InnerSloth, the team behind Among Us, felt that some of this overlap was a little too familiar and took to social media to express their frustrations. In response to a tweet asking if the developers had even been approached by Epic about this new mode, the game’s official Twitter account simply posted a sad face emoji.

Meanwhile, community director Victoria Tran posted a series of tweets in which she addressed the situation head-on. When the Impostors mode debuted in Fortnite, she wrote: “it would’ve been really, really cool to collab”, suggesting that InnerSloth were not involved in any respect.

Tran later confirmed this to PC Gamer, adding that the team found out about the Impostors update at the exact same time as everybody else.

She also clarified that, in her view, it is perfectly acceptable for creators to make their own social deduction games, but that they should put their own stamp on the genre. She continued: “like game mechanics fine, those shouldn’t be gatekept, but at the very least even different themes or terminology makes things more interesting?”

These sentiments were echoed by Marcus Bromander (aka Puffballs United), co-founder of InnerSloth. In his tweet on the controversy, Bromander said: “We didn’t patent the Among Us mechanics. I don’t think that leads to a healthy game industry. Is it really that hard to put 10% more effort into putting your own spin on it though?

Likewise, programme Adriel Wallick shared a meme about the Impostors mode, in which a crudely drawn animated character (standing in here for Epic Games) takes credit for somebody else’s work.

While the situation never escalated to public legal action or the word “plagiarism” being used, there was clearly a lot of bad blood here.

For their part, Epic Games never really addressed the controversy until yesterday morning (October 12) when – in their V18.20 patch notes for Fortnite – they finally conceded that Impostors was inspired by Among Us.

They later followed this up with a separate acknowledgement over Twitter and tagged the official Among Us account into the thread. The two developers then had a cryptic exchange over the social media platform, which appeared to suggest that they are now on much friendlier terms.

There was also the implication that they might be working together on some kind of crossover project. The Fortnite account wrote: “We never got to talk about how you inspired us. What do you think about working on something fun together sometime?”

Before any more details could be unveiled, the conversation supposedly moved into the accounts’ “DMs”. Obviously, any partnership like this would have been planned out ahead of time (behind closed doors), so this is not really the spontaneous conversation it has been made out to be.

Nevertheless, it will be interesting to see what is in store for both Among Us and Fortnite in the future.

In other Fortnite news, Epic Games has recently updated its refund process for the items purchased in the game. More details about this can be found here.